Facebook (or Meta) recently announced that it is consolidating all of its automation products under the “Meta Advantage” suite.

So, what does this mean? Should you care?

The benefits of Meta Advantage (according to Meta):

If you’re scratching your head because this all sounds like the current advantages of Facebook or Meta ads, you’re not alone. The truth is that not much is actually changing here — at least yet.

For now, this is mostly a rebranding effort. Features are being renamed. But we’ll get to this in a minute.

Advantage Lookalikes is automatically enabled for new, duplicated, or draft ad setsAn ad set is a Facebook ads grouping where settings like targeting, scheduling, optimization, and placement are determined. using a lookalike audience when optimized for conversion, value, or app events. Here’s how it works…

When you select a lookalike audience in these cases, you have the option of using between 1% and 10% of people most similar to those within the seed audience. 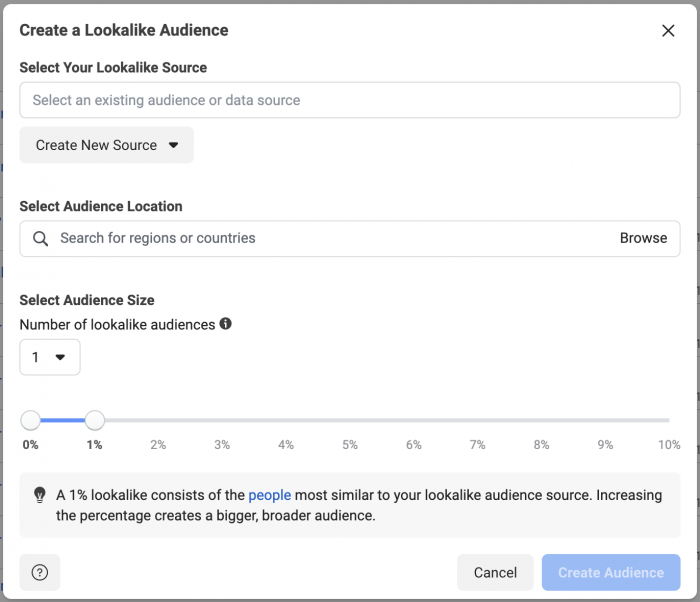 Let’s say that you use 1%. That audience will then be expanded beyond 1%, but only if it’s detected that more or cheaper results can be found by doing so.

One of my issues with the expansion products is that how it functions is mostly kept behind a curtain. You don’t know when or how often your audience is expanded. You don’t know how much you benefited from it.

But, if it works the way it should, the audience will only expand if it’s a benefit. 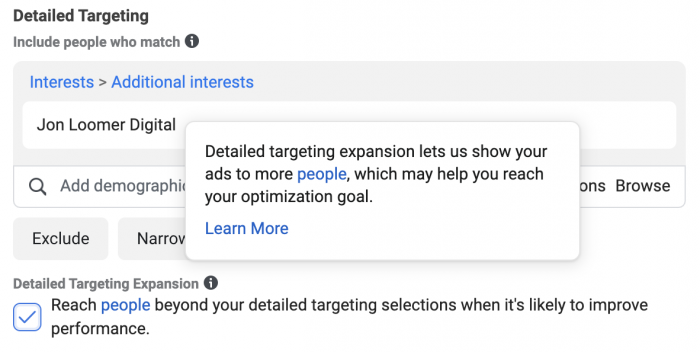 Once again, Advantage Detailed Targeting should only work as a benefit. Your audience will only be expanded if more or cheaper results can be found by doing so.

But, just like with Advantage Lookalikes, there’s no way to verify that this feature is working effectively for you.

This feature has been around for a long, long time, and it’s on by default anyway. When you utilize Advantage+ Placements, Meta will automatically optimize what placements are used and when to get you the most results for your budgetA budget is an amount you're willing to spend on your Facebook campaigns or ad sets on a daily or lifetime basis..

When turned on, Advantage+ Creative will automatically create multiple variations of your ad, showing versions that people are most likely to respond to.

There are several possible enhancements that may be made, both to media and ad-level compositional changes.

Examples of possible media enhancements include:

And examples of ad-level compositional changes include:

The swapping text combinations enhancement is Optimized Text Per Person, which allows Facebook to swap the text that you provide for Primary Text, Headline, and Description between the three locations. Once again, you could turn that feature on separately.

Advantage+ App CampaignsThe campaign is the foundation of your Facebook ad. This is where you'll set an advertising objective, which defines what you want your ad to achieve. 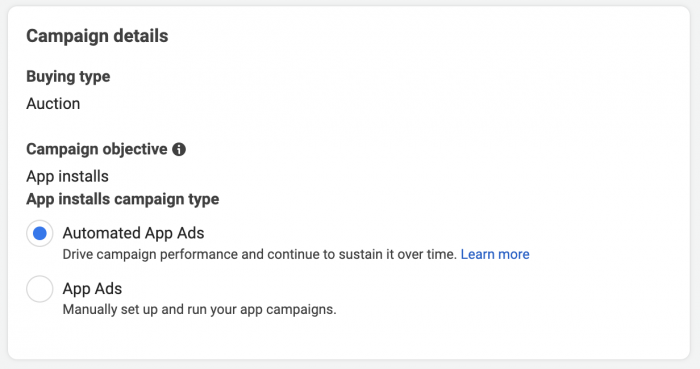 Advantage+ App Campaigns allow you to set up app install ads with fewer steps for the audience and ad creative setup process.

Currently known as Automated Shopping Ads, this one is actually new. There aren’t a whole lot of details on it, but here’s what we have from Meta:

…work to achieve the highest performance from your online sales campaigns with minimal effort or management by optimizing across multiple campaign levers—including creative, targeting, placements and budget—to find the best opportunities to drive conversions.

Expect this to be rolled out by the end of the year.

Strangely missing from the announcement is Advantage+ Campaign Creation. It’s new and some already have it. I covered it before, but it’s actually not all that exciting.

Why? Well, Advantage+ Campaign Creation doesn’t add any new benefit. All it does is prevent you from adjusting any of the main defaults when creating a Conversions or Sales campaign.

For example, the following can’t be changed:

For the most part, there’s nothing actually new here, at least for now. There’s no new functionality or features. Nothing to get excited about. It’s basically just rebranding and renaming currently existing functionality — some of which has been around for years.

I think this is mostly about what it means for the future of Meta advertising. More features and functionality are likely to come which will fall under this umbrella.

The consistent themes here are more automation and less control. Meta Advantage is about simplifying, streamlining, and automating whatever can be automated.

But, I worry about what this trend means for advanced advertisers who like to have more control over the campaign creation process for experimentation.

There are huge holes in optimization for anything other than a conversion. It simply isn’t meant for content creators.

Will Meta Advantage just create bigger issues for these advertisers?

What do you think about Meta Advantage? Is it a good thing?