About a month ago, I told you about how you can use Facebook Messenger ads to collect leads. I decided to run my own experiment to survey those I was targeting. The results are pretty interesting!

In this post, I wanted to share the results of that survey and what they mean to me.

First, a quick refresher. I’m running a Facebook ad that sends people into a Messenger conversation. 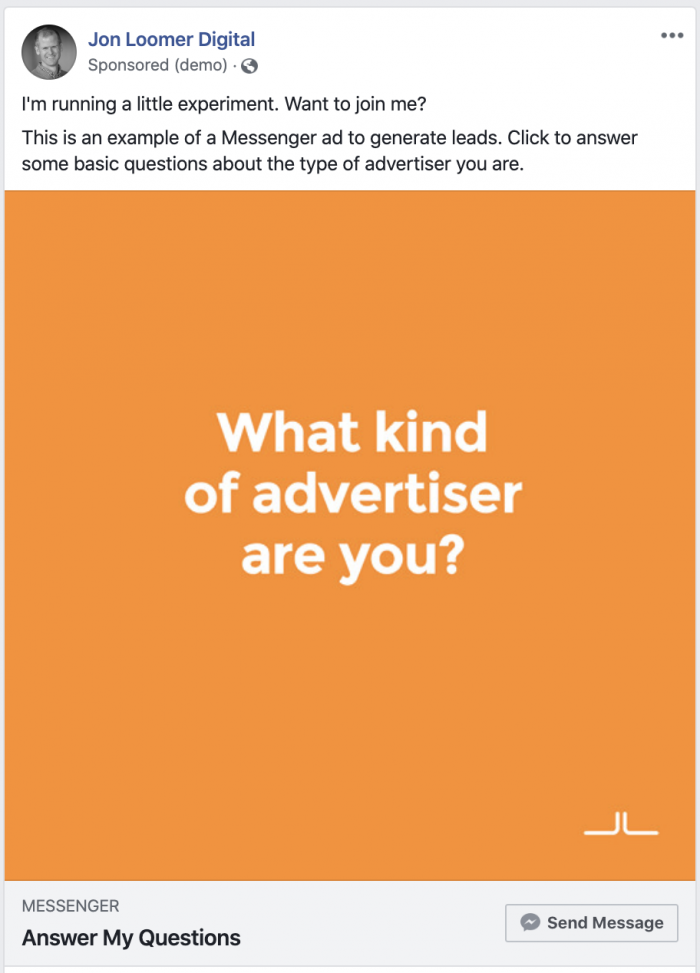 The goal is to learn more about the people seeing my ad. Within the Messenger portion, I asked the following questions:

I also asked for an email address and used this experiment as a list builder.

I focused my targeting on some of my most active website visitors (top 10% time on my site and those who viewed a minimum of three pages). 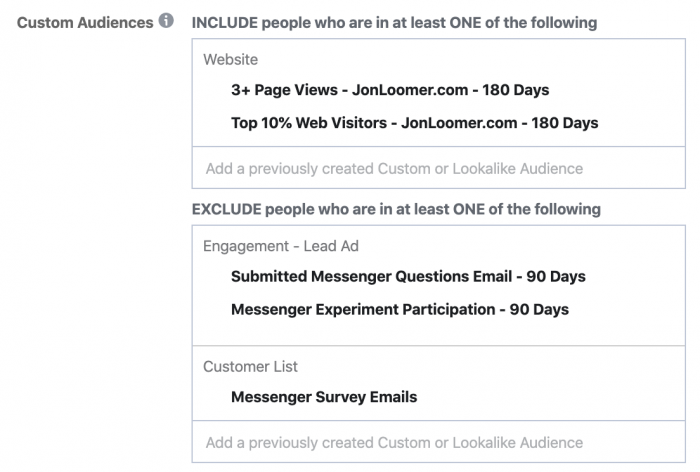 I created two different ad setsAn ad set is a Facebook ads grouping where settings like targeting, scheduling, optimization, and placement are determined., focusing one on specific countries and leaving the other as Worldwide. The five countries in the first ad set are the United States, Canada, Australia, United Kingdom, and New Zealand.

While my website traffic is international, optimizationHow you optimize impacts who sees your Facebook ad. Facebook will show your ad to people most likely to perform your desired action. is a tricky thing. If I leave targeting at Worldwide, Facebook will focus on getting results at the lowest cost. But since people are more likely to be a paying customer if they reside in a more “expensive” country, I need to separate them in another ad set.

The campaignThe campaign is the foundation of your Facebook ad. This is where you'll set an advertising objective, which defines what you want your ad to achieve. has reached more than 20,000 people so far, resulting in about 1,400 survey completions. Let’s take a look at how people responded…

The first question I asked: “How advanced do you consider yourself as an advertiser?”

I provided options of Beginner, Intermediate, and Advanced. Of course, people could enter something different if they wanted. I’ll discount those results. 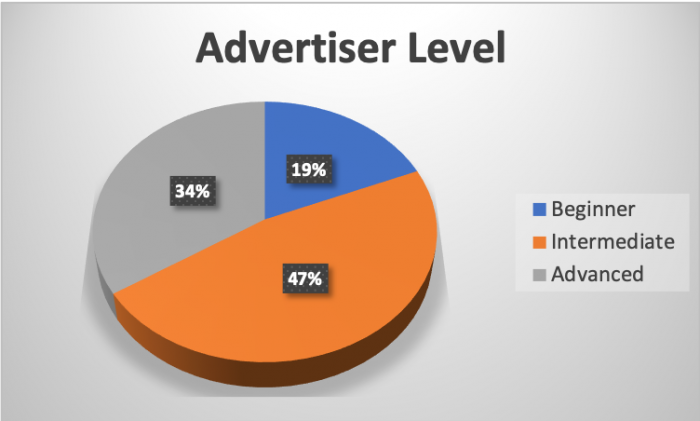 As you can see in the chart above, advertisers classified themselves as follows:

This was mostly in line with what I’d expect.

How much someone spends is another way of measuring a person’s Facebook advertising experience. Once again, I provided easy options to put respondents into different buckets. 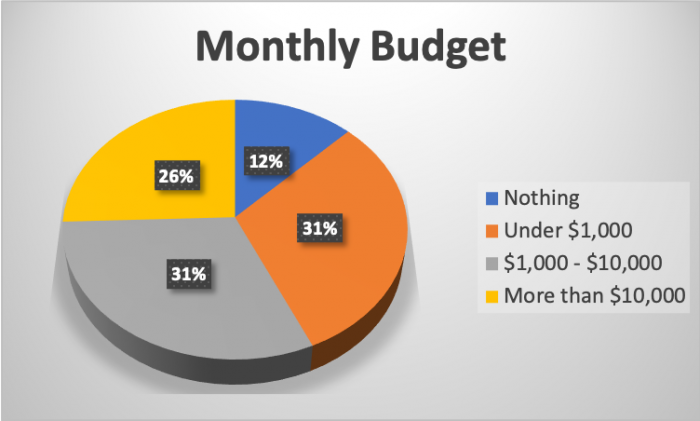 As you can see above, the results break down like this:

Once again, an interesting distribution. Nearly 43% spend either nothing or under $1,000 per month while another 26% spend more than $10,000. That’s a wide variance!

I was also curious about the roles that people have as an advertiser. Do they simply advertise for themselves? Are they an independent consultant? Do they work for an agency? Knowing this can help me better serve my audience. 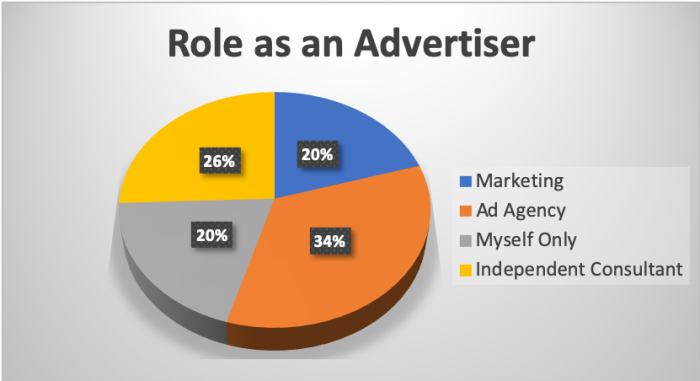 We can break this info down further since we can look at how a beginner answers versus someone who is more advanced.

That’s precisely what I found. More than 88% of those who labeled themselves “beginner” spent nothing or under $1,000 per month on Facebook ads. 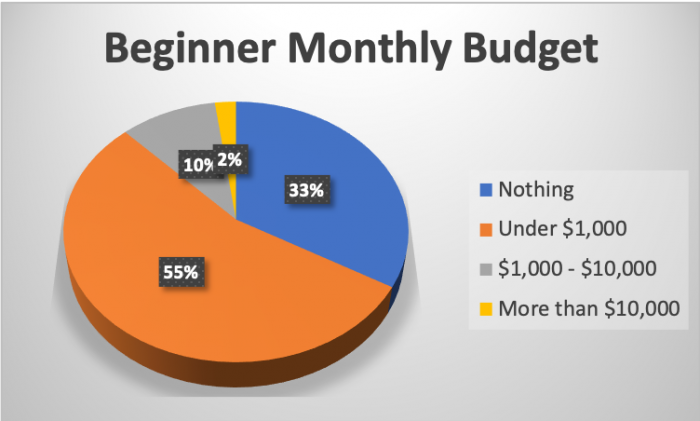 Similarly, more than 75% of those who only advertise for themselves have a budget of nothing or under $1,000 per month. 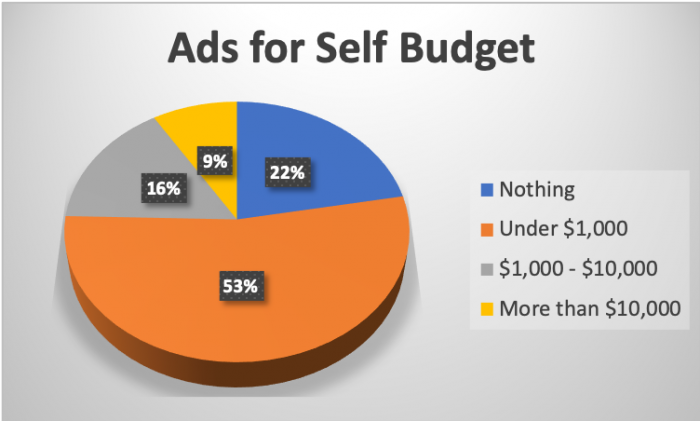 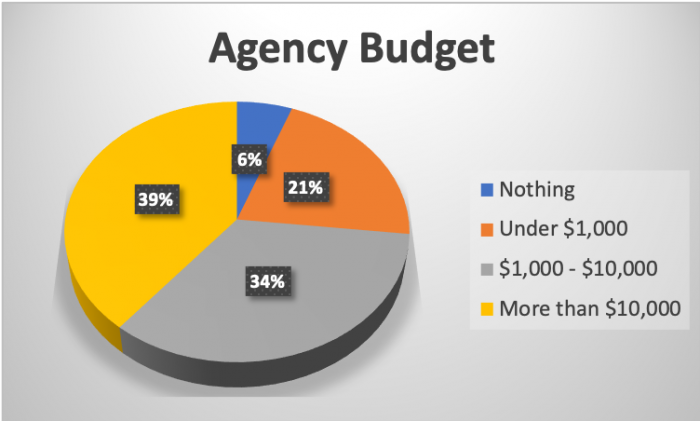 First, it’s important to remember that those who answered this survey are people targeted in my ads. Those targeted are some of my most active website visitors.

I have long focused entirely on an advanced audience. I create content and products for people spending at least a few thousand dollars per month on ads.

But, this helps me see that there is a relatively large chunk of inexperienced people reading my content, too. This presents an opportunity.

It doesn’t mean I should stop serving the advanced crowd. It means that I can create something for the less experienced crowd with the hopes of helping them become advanced.

That’s exactly why I created the Beyond the Boost training. Based on this data, that appears to be a good move!

Do you have any thoughts on the results of this survey?