When people are in desperate times, they’re prone to desperate measures. Or in some cases, awesome measures.

I just got done “writing” the Official Contest Rules for #GetLoomerAJob. I encourage you to read them. Word for word. In all of their legal — and very non-legal — glory.

I’m kinda kidding, but this is serious. I need a job, and this is an actual contest with actual prizes. And this is a fun little social experiment that we can all learn from.

[Just a reminder that I’m looking for a job (full-time, contract, consulting) in social media/digital marketing strategy. You can see my history in the links in the menu under Prior Work.]

How do you participate? Pretty simple. To get the grand prize, you need to get me a job. I know. Complicated. But be that person who either hires me or puts me in touch with the person who hires me, and you win. 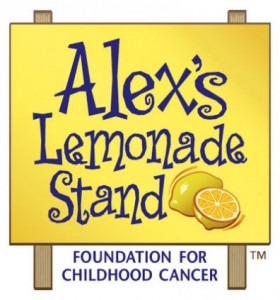 I don't want to influence the winner or anything, but an awesome choice for a charity would be Alex's Lemonade Stand Foundation.

Here is the grand prize package, taken from those Official Rules:

Now, I’m not going to forget you if you tried to get me a job but were unsuccessful. So here are the ways you can win the glorious 1st prize:

And what, you ask, is in that glorious first prize package?

That’s not bad, right? It could at least be a whole lot worse. I’m sure it could be worse…

So help a guy out. Spread the word. You might just get more than that warm feeling in your heart that you helped a guy feed his family. You might actually get “stuff.”