This is part of a series of posts that I will be writing every Thursday during the month of August about my continuing journey to start a profitable online business. It will include lessons learned, mistakes made, milestones hit and advice I can give along the way. 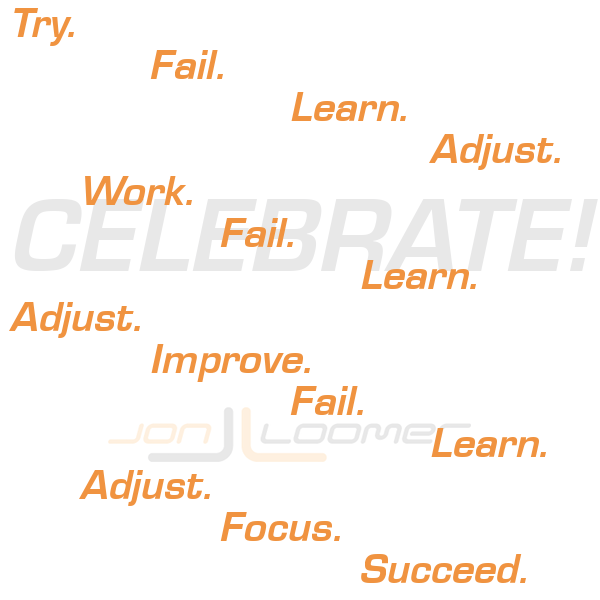 It’s a day that changed everything for me and my family. It’s a day not all that different for many people during a down economy. It was the day I received that fateful call.

I had been laid off.

It wasn’t particularly shocking news. I was VP of Strategic Marketing for a non-profit, a position that was created largely as an experiment to move from a long history of traditional fundraising to online efforts. The down stock market hurt companies, hurt families and ultimately limited donations. I made it through one layoff, but I doubted I’d make it through another.

Of course, this change didn’t affect only me. If it had, I may have seen it as an extended vacation. I’m the father of three boys, and my wife spends countless hours running the Loomer ship and helping in school. She does not get paid. She should.

The pressure was on.

I should have been a pretty marketable guy. Beyond the two and a half years spent with this non-profit, my history is filled with digital exposure dating back to 2005. I worked for the NBA from 2005 to 2008, being part of a team that led the league into the world of social. I helped create and manage the first ever Facebook group for them, before there were Pages.

So I didn’t expect to be unemployed long. I felt sorry for myself for a couple of days and then got straight to work.

On August 29, I launched JonLoomer.com and wrote a blog post about Entering the Free Agent Market. My site behaved as an interactive résumé, highlighting my experiences.

It had video, recommendations and details of prior job responsibilities. I interviewed my son to gain perspective on pure career aspirations. It was simple. It was quaint. I expected it to be effective.

Pressure began increasing. In late October, I decided to start shifting my focus. My site had begun as a hodgepodge of posts about social media and my job search. I was not committed. That changed with my first redesign.

I became a consultant.

When I took my first consulting gig, I knew that I needed to adjust my website accordingly. I wanted to get other similar opportunities. I wanted to establish myself as an authority. It would need to go beyond JonLoomer.com.

On November 4, it was time to start my own Facebook Page. By making this move, it became official that I was committing to starting my own business.

I rededicated myself to blogging. I wrote 26 blog posts in November, though no one read them. I received a grand total of fewer than 4,000 page views that month (I’ll get more than that today). But I stuck with it.

The frustration got to me in December. I slowed my blogging. But then, on December 20, I wrote my first eBook about Facebook marketing.

A week later, a blog post I wrote about a Facebook hoax went viral. It actually piggy-backed off of the temporary popularity of a similar post I wrote in September.

I would soon receive the two biggest traffic days in the history of this site, driving 25,000 page views. But that traffic was empty, and it didn’t last. By the third week of January, things settled back down. But I then began writing more and more about Facebook marketing.

The turning point of this site was on February 29. The site was in a traffic lull. I was keeping to a consistent blogging schedule, but I was losing motivation. Then, a beautiful thing happened…

I became a content publishing machine, focused on a single topic. I wrote five blog posts alone on February 29. I wrote 42 more during March.

Finally, the results followed. My second biggest traffic month was in March (to that point), and it was content I was proud to write. It was on a topic that could lead to business.

I flipped the switch to the new Timeline by the end of March. You helped me pick a new logo and I redesigned my site again by the end of April.

A look at the rise and fall and rise again in traffic for JonLoomer.com

I was focused. I was obsessed. Traffic increased in May, June and July, hitting more than 100,000 page views in each of those three months. On January 30, Alexa ranked JonLoomer.com number 431,838 globally (yes, this is on my white board); by mid-July, that ranking was inside the top 25,000.

Have I figured it out? Have I reached the top? Absolutely not. But I can taste it. It took one year, but I can finally taste it.

Make no mistake, I’m still struggling to pay the bills. I still have a family of five to feed. But the vision for how I am going to reach the point where I can finally breathe comfortably is coming into focus.

One year from now, I expect to make more revenue in online products and advertising than I do in consulting. I will be making speaking appearances to help squeeze out consulting altogether. I will have an assistant and a designer. I’ll be working with partners on developing an amazing new product.

There’s a reason it is all coming together. The experiences I had prior to August 18, 2011 certainly contribute. That time built a foundation. But there is no experience more valuable than one out of desperation.

It’s been an eventful year. I’ve learned more during this past year than I learned during the first 36.

I’m still learning. I’ll still fail. But the successes are coming faster as a result.

I don’t get personal in my blog posts all that often. Some have told me not to get personal at all, that no one cares about me. That’s fine. But I’m convinced that my experiences can help you.

Let me help you learn from what I have done and am doing. You do not have the time to go through the endless, obsessive minutes, hours, days and weeks of ups and downs and changes and mistakes. Let me guide you to get to the point I am at now.

Together, we’ll go the rest of the way.