I was excited about the launch of Google+. I received my invite and logged in on July 7 and have been casually using the platform ever since. I’ve created nine different circles and follow a total of 110 people.

Problem is, I’m bored. To get a full understanding of why I’m bored, I decided to take a deeper look at a single day’s worth of posts.

On Thursday, September 1, the people I follow who made posts can be classified as follows:

It’s also important to point out that none of my close friends posted an update. Not to disparage any of my colleagues on here who made updates, but it’s nice to have some updates from those whom I am also close with personally. I have a circle with 26 friends (24%) in it, yet not a single one participated on this day.

There were a total of 33 updates in my stream on that day, broken down as follows:

I should point out that Ben Parr of Mashable made eight updates on that day. Not only was that nearly one-quarter of the total updates coming from one person, but he made up three-fourths of the Public Figures updates.

Personally, I think that’s a bit excessive. This ain’t Twitter, people. They compare it to Facebook for a lot of reasons. But the main being that I don’t only view your posts, I view the responses to your posts. So combining them all, it’s a bit nuts. We’ve decided that it’s not cool to flood people with Facebook posts, so why do so on its clone? Anyway…

So what are these 33 updates about?

It would appear I follow a majority of tech people, right? I follow a decent amount (46), but I actually follow more (65) whom I would consider “sports” people. Yet, overwhelmingly, the updates that come into my stream are about technology — more often than not, social media and G+.

So, why am I bored? It’s pretty obvious:

1) Only 12.7% of the people I follow are active in a given day;
2) None of my close friends are active;
3) And the vast majority of updates are about a single subject — technology — even though that group is a minority in my circles.

This may make G+ heaven for people who only want to receive technology news and tips, but those of us looking for a diversity of information as well as some personal interaction will be disappointed. 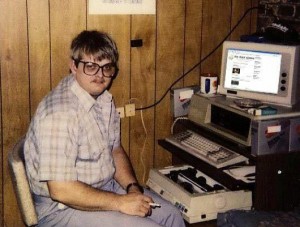 Is G+ not appealing to the non-tech nerd?

It should be pointed out that I, too, am rather boring in my use of G+. I rarely post anything personal, and when I share publicly it’s often to promote my own stuff or make a comment about G+. So I guess I’m contributing to the madness.

But the bottom line is that there seems to be something about G+ that makes it less inviting for discussion about things other than technology; also making it less attractive to those who aren’t tech types.

Then again, this is the experience of only one person using G+ who is following 110 people. It’s a small sample size. Maybe I’m just unlucky.

What do you think? Are you seeing something similar? Do you think that this is just a symptom of the early adoption crowd?