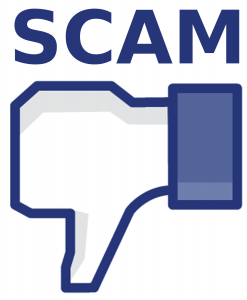 The bigger Facebook gets (more than 800 million strong now), the riper it gets for hoaxes and scams.

I’ve spent a lot of time trying to help kill the “Hover over my name” hoax, which was really more of a viral status update started and perpetuated by likely well-meaning (though misinformed) users. While it seemed to be finally running out of breath after at least five months, that hoax has come back to life thanks to the fear spreading about Facebook Timeline.

I also had a bit of fun with some hoaxes of the past when I wrote 6 Steps to a Good Facebook Hoax, taking a shot at the silly tell-tale signs of Facebook hoaxes that we far too often ignore.

The thing is, there are several hoaxes floating around right now that aren’t funny. They weren’t started by people with good or even humorous intentions. They are sick and dangerous. They are looking to make you look foolish. In some cases, they are looking to take your money. And they need you to keep them alive.

These hoaxes are started by bad people. You are a good person. But that is your weakness. Yes, your goodness helps spread the hoaxes to keep them alive. Here’s how…

Emotion is the Weapon

The Hover over my name hoax spread with the help of a little fear. The original message scared you into believing that repeating the steps listed would help protect your profile from hackers. You copied and pasted.

Others are going around that are much more dangerous. One starts with a message along these lines:

Yes, it is horrible grammar and the all caps should be a red flag. But the message uses a very common method to get to you. If you don’t copy and paste it, you agree with rape. Or it’s that guilt that they want you to feel.

Multiple versions of that message have circulated. In fact, variations have been around since 2005, long before Facebook was the giant it is now. You can read more about this scam from ZDNet here.

It’s usually a powerful, gruesome image, and you want to help. As the father of a cancer survivor, seeing the photo of a sick child always stirs emotion in me. But you can’t let that emotion blind you.

There is no example of Facebook ever donating to anyone for spreading a message. If they wanted to help a single child, they would simply donate that money. They have a lot of it to give.

Also, if Facebook were actually endorsing such a campaignThe campaign is the foundation of your Facebook ad. This is where you'll set an advertising objective, which defines what you want your ad to achieve., there would be much more behind it than a viral photo. They are Facebook. They would have written a blog post and countless media would have covered it.

Something else to remember is that a true crime against privacy is being committed here. Someone has stolen these horrible pictures of a sick child and is using them to their twisted benefit. Imagine if those photos were of your child or someone you know.

One version of that post actually asks for direct donations, and in this case you are donating to a scammer. Same goes for the people who think they are buying Facebook stock, even though it is not yet available.

In all cases, Facebook users are blinded by emotion. Whether it be fear, empathy or greed, they ignore the obvious signs. They do this because they make one, big, foolish mistake.

“It’s Better to Be Safe than Sorry”

I often search Facebook to get an idea of the popularity of scams. It’s painful to see comments on the posts that they’ve passed it on. But even more painful is the response when an alert friend points out that it’s a hoax and the person who shared it shrugs it off.

The person spreading the hoax has no regret. They think “it’s better to be safe than sorry” means you should share without investigating. And it’s exactly why these things spread.

If you investigated first, this hoax loses breath. But each new share helps a hoax go viral. More and more people are harmed as a result. And being “harmed” does not only include looking foolish. I’m talking about people giving money to criminals. And I’m talking about helping stolen photos of ill children spread across the internet.

Maybe what your friend posted isn’t a scam. Maybe it’s a charity drive to raise money. Maybe there’s truth and a really good story behind whatever was posted. But let’s go through the steps I’d encourage anyone to consider before helping such a post go viral.

Is it a charity raising money? Is a respected member of the media involved? Is it from a Facebook page? Is there a link? Or is the source ambiguous? Even if the post indicates it was validated, double check their work. Because often the scammer figures you’ll be lazy and assume it’s true. Verify the source and check that organization’s website and Facebook page before spreading the message.

In any case, there will be a website, article or blog post that will provide background to this story, whether it’s legit or a scam.

More often than not, you’ll get a very quick answer to your question with this step. Simply take the original message and paste it into Google’s search engine. If it’s a scam, you’ll likely get several results indicating it is. If it’s legit, you’ll likely get the background story. The stories will be there to back it up.

There are several sites out there that make a business out of staying on top of Facebook scams. They’ll either verify authenticity or debunk as a hoax. Here are a few places you should always check before sharing that message:

These sites have alert audiences made up of people like you who want to know if something is a hoax or legit. So chances are very good that if you are seeing something you’re unsure about that they’ve already covered it.

If a friend posts a scam, comment politely that it is a hoax. Share the link to your proof. And kindly ask that they delete their post since the longer it is up, the better chance it has to spread.

Share links to all of your friends to articles debunking hoaxes. Help them stay alert. And make sure they understand that helping hoaxes spread will always do more harm than good.

And if you’ve shared a hoax accidentally, delete it. Then alert your friends that it was a hoax, and ask them to delete their posts as well.

Clearly, Facebook can do more to help kill these hoaxes before they spread. And several anti-scam websites are putting pressure on Facebook about being more proactive.

Until Facebook comes up with a better way to involve its users to kill these hoaxes, this should be a last resort.

Be proactive. Help put an end to a problem that is getting worse on Facebook. If you see something that doesn’t look right, investigate it. And if you discover it’s a hoax, alert your friends and help put an end to it.

“It’s better to be safe than sorry” should never mean reposting something without thinking. It should instead mean putting in the work to investigate something before sharing it.

It’s the right thing to do.