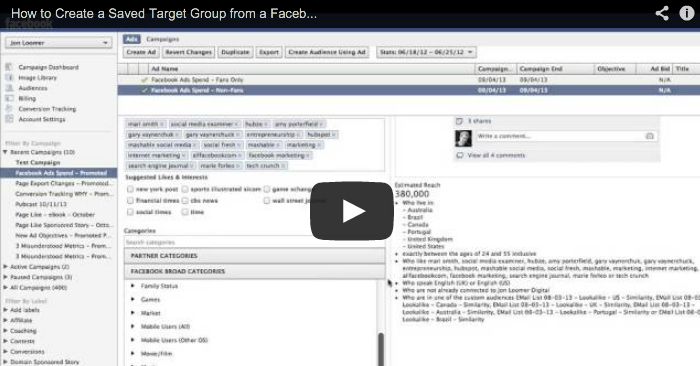 Of course, proper targeting often means entering in countless precise interests, Custom Audiences, Lookalike Audiences and other variables to reach your ideal audience. It can take a ton of time.

Up until now, you could create a Saved Target Group (also called a Saved AudienceA saved audience allows a Facebook advertiser to save often-used targeting settings to easily use later.). This is a great way to save time when building your ads.

The only problem, however, was that you needed to build this audience from scratch. Even if you had created ads that previously used the targeting you want to utilize going forward.

Today we’re going to focus on the following:

The first two steps are to get you up to speed if you’ve never created these before. The third covers the new functionality that is going to make our lives a whole lot easier!

Why You Should Create Saved Target Groups

When you create an ad in Power Editor, you could enter in all of this information manually:

That’s a ton of information, and it’s a major hassle if you create a lot of ads that utilize significant targeting (and you should).

But luckily when you create an ad, you can click the “Use Existing Targeting Group” button during the Audience step to automatically prefill this for you. 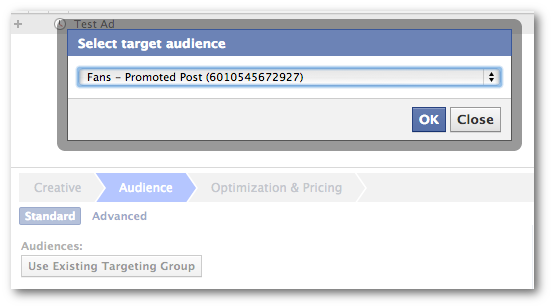 If you’ve never created a Saved Target Group before, you can go ahead and read this tutorial. Or you can continue reading for a new shortcut.

Types of Saved Target Groups You Should Create

You should sit down and think about the various groups you target in your ads. Make a list.

For me, there are a few groups I target regularly:

[Note: Read this post for more information on some of the groups I target.]

I save all of these for easy access. You don’t need to create the same audiences since your saved target groups will depend on your needs. But you should put in the time to figure this out.

How to Create a Saved Target Group Using a Previous Ad

Okay, so now the new functionality that will make your life a whole lot easier.

I’m going to assume that you’ve previously created a bunch of ads that targeted your preferred audience. You can now use those ads to automatically generate new saved target groups.

First, find the ad that targeted that preferred audience that you’ll want to target again later.

Then click the “Create Audience Using Ad” button at the top. 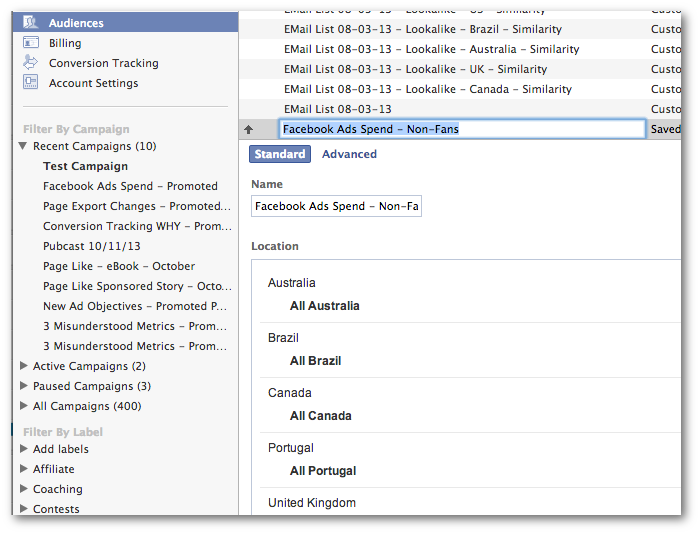 You should now change the name of that saved target group to accurately reflect the audience you are targeting for easy reference later.