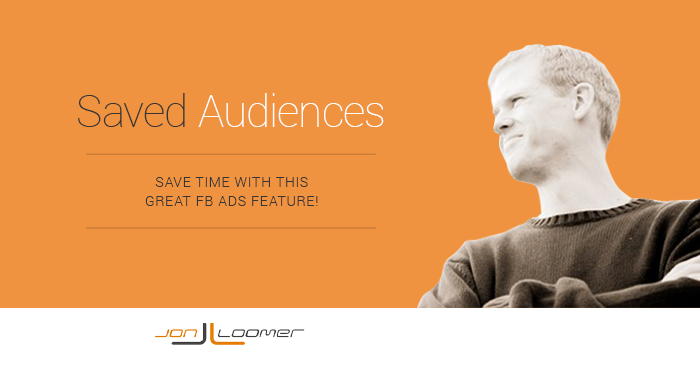 I strongly encourage that you use Facebook Power Editor to create your Facebook ad campaignsThe campaign is the foundation of your Facebook ad. This is where you'll set an advertising objective, which defines what you want your ad to achieve.. It provides many features not available within the self-serve ad tool, and it also makes bulk editing a snap.

One of the activities that can take the most time when creating many different ads within a campaign (you need to split test!) is the creation of audiences.

When you create an ad, you need to determine the following targeting:

That’s a lot of stuff! And if you’re creating a few dozen ads, it’s going to be a major pain to do this for each one!

Luckily, you can create Saved AudiencesA saved audience allows a Facebook advertiser to save often-used targeting settings to easily use later. (also known as Saved Target Group) so that you can easily select an audience that you’re going to use over and over. This will save a ton of time!

[Tweet “One reason to use Power Editor is for Saved Audiences. Save time with this feature…”]

A shortcut to the creation of a saved audience is to simply find an ad that represents the audience you want to use.

Within that ad, click the button that reads “Create Audience Using Ad.” 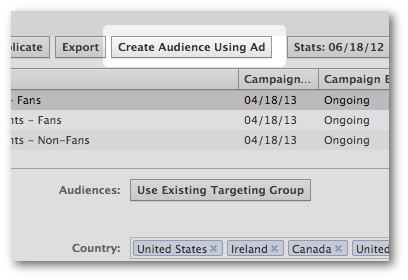 Otherwise, you can create an audience from scratch. Simply click “Audiences” on the left and then “Saved Target Group.” 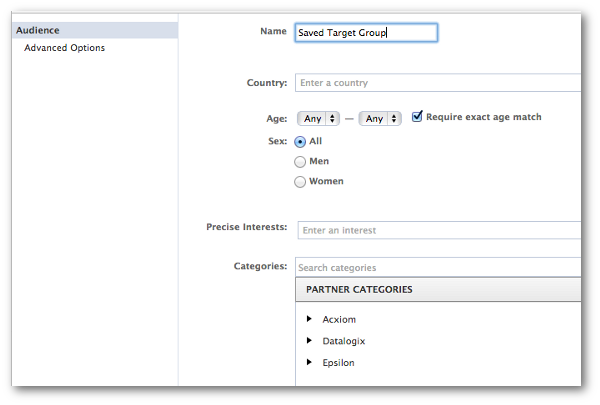 Now when you create an ad, go to “Audience,” click “Use Existing Targeting Group” and select the audience you had saved.

Need some help? Watch the video at the top!