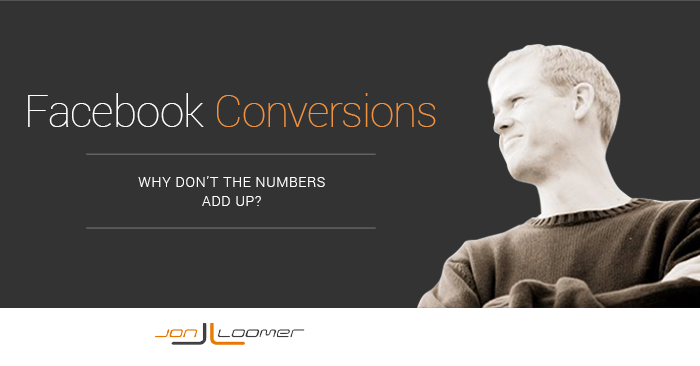 It’s a question I get almost daily. You have a Facebook conversion pixel installed on your site. But the numbers aren’t adding up.

Today I’m going to explore the problem itself before diving into the likely explanations. 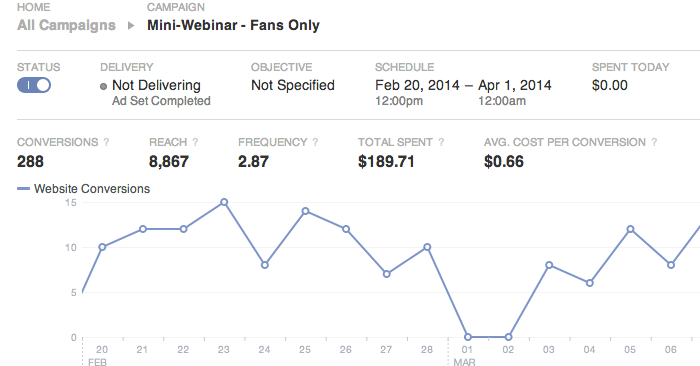 Many incorrectly assume this means Facebook is over reporting conversions. That’s usually not the case.

The Wrong Page is Set as a Conversion

The first potential explanation for this problem is that you placed the conversion pixel on the wrong page, so Facebook is reporting inflated conversion numbers.

When you create a conversion pixel, Facebook instructs you to paste it between the HEAD tags “in the webpage where you want to track conversions.” 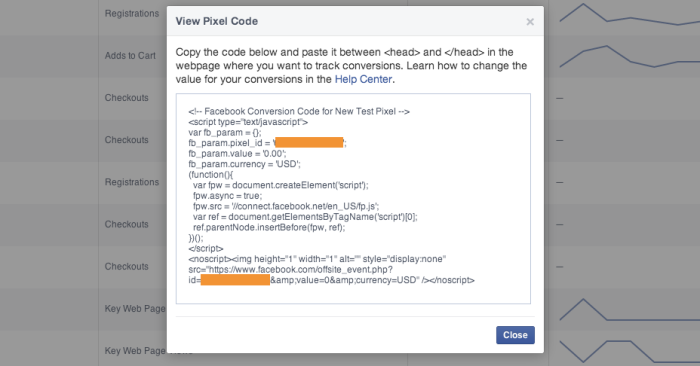 When a user who was shown your ad on Facebook eventually visits that page that fires the conversion pixel, Facebook is notified. This is how they are able to report the number of conversions resulting from your ad.

Understand that Facebook doesn’t naturally know what a conversion means. You have to define it for them. And if you define it incorrectly, Facebook will report inaccurate results.

The mistake many advertisers make is that they place the pixel on the sales landing page. This is the page a user will visit immediately upon clicking on your ad. If a user visits this page, however, they don’t necessarily convert.

You need to put the pixel on the page a user will see immediately upon completing the conversion. It’s usually a “Thank you for registering” or “Thank you for your purchase” page.

It is a page that only new customers will see, and it notifies Facebook — correctly — that the sale is complete. 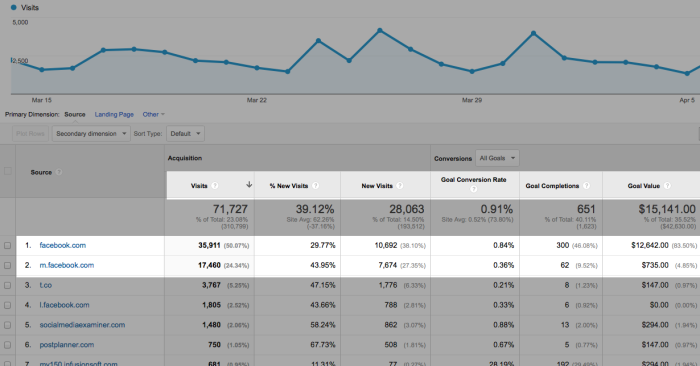 These will not add up due to the different ways that Facebook and Google are reporting these numbers.

Your Google Analytics are only reporting conversions that resulted from a direct referral. Even if you created a campaignThe campaign is the foundation of your Facebook ad. This is where you'll set an advertising objective, which defines what you want your ad to achieve. using URL parameters to track the link used in your ad, Google only reports those conversions that happened in a straight line:

Facebook, on the other hand, is much more liberal in their conversion reporting. By default, they count either of the following as a conversion:

Even if you eliminated “view through” conversions where users never clicked your ad, the numbers won’t add up since Facebook will track conversions that weren’t a straight line.

Neither method is necessarily “right” or “wrong.” They’re simply different.

Google ignores these things in their conversion referral reporting.

First, click “Reports” on the left within your Ads Manager. That will bring up a pretty worthless default report. 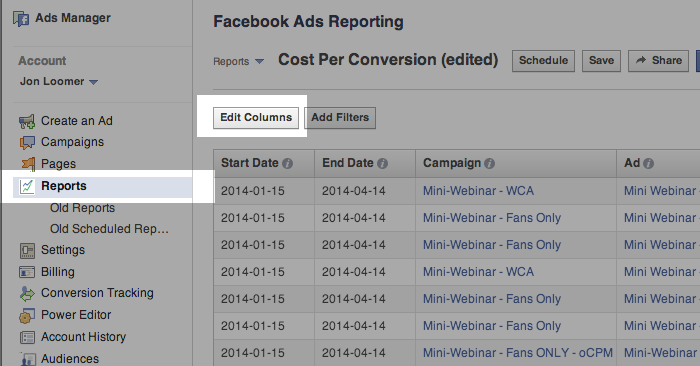 You can make the report useful by clicking the “Edit Columns” button. This is also how you can change the definition of a conversion. 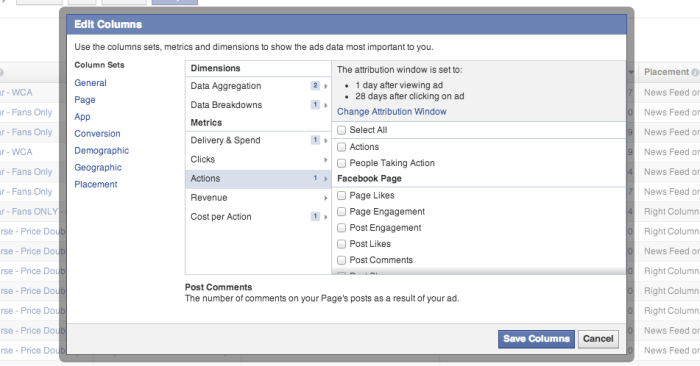 Click on the “Actions” link in the middle menu. At the top you’ll see that the definition of a conversion is set to 1 day after viewing and 28 days after clicking (created prior to the removal of 28-day click attribution).

If you click the “Change AttributionAn attribution window is the number of days between when a person viewed or clicked your Facebook ad and subsequently took an action. Window” link, you’ll get this… 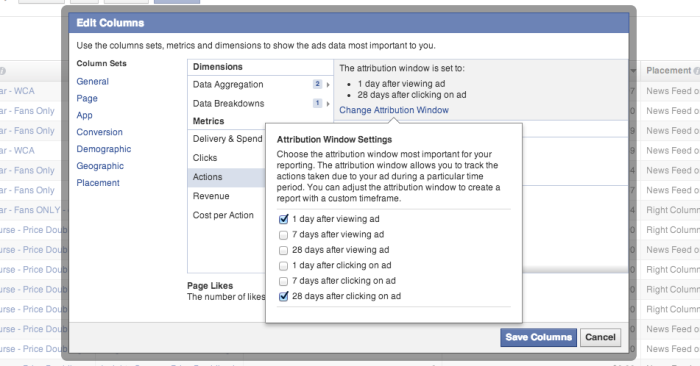 There, you can choose any of the following to define a conversion (written prior to the removal of 28-day click attribution):

What’s been your experience with tracking conversions between Facebook and Google?