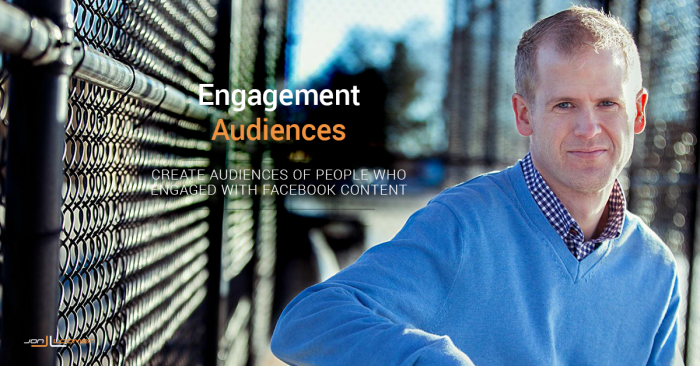 I live a simple life in which I’m excited by simple things. I sat down tonight to complete a process I started a few hours earlier of creating Website Custom Audiences and Saved Audiences when I spotted something new… 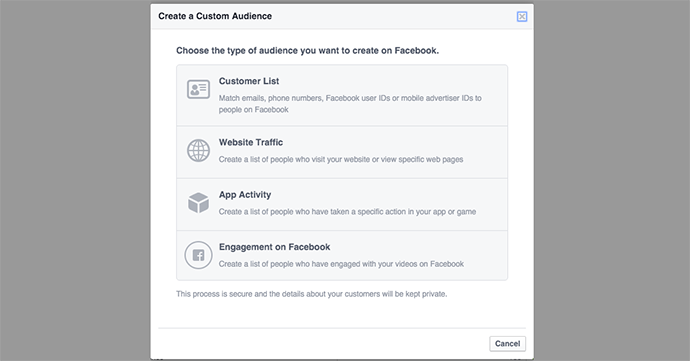 Do you see it? It’s the final item: “Engagement on Facebook.”

Discovering this provided a roller coaster of emotions. Seeing that was immediately exciting. Seeing this description, though, brought me back down to earth momentarily…

That sounds an awful lot like Video Views Custom Audiences. But then as I went further, the excitement returned.

As I type this, I haven’t found anyone else who has this yet. I certainly haven’t read an announcement about it. So my assumption is that what I’m seeing is either a very limited test or the very early stages of a rollout (if not an accidental code push).

Let’s take a closer look at what this currently is, how it’s different from Video Views Custom Audiences, how it impacts us as advertisers and what it could mean later…

[Tweet “What are Engagement on Facebook Custom Audiences, and will they help us do these amazing things??”]

Go to “Audiences” within either Ads Manager or Power Editor. If you’re like me, you now have four options, as shown above. Let’s look at it again… 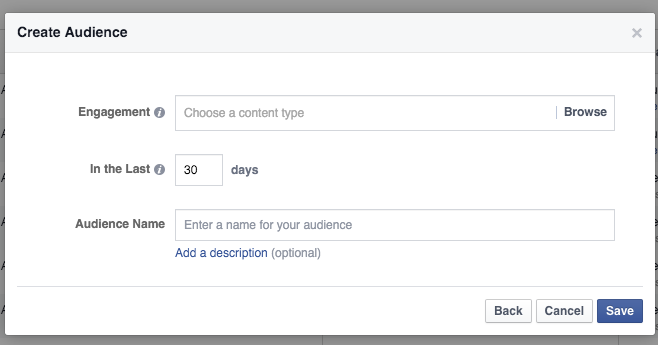 First of all, let’s be very clear: At this point, it would appear that you could create a Custom Audience for multiple engagement types on Facebook. That’s exciting!

Of course, right now, the only engagement types deal with video. Less exciting since we’ve done that before, but go ahead and click within the “Engagement” text box… 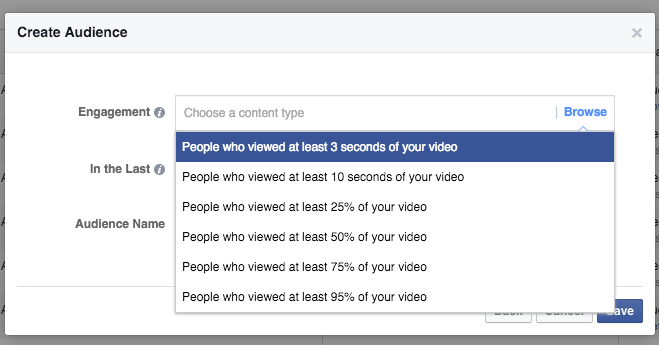 As you can see, the following options are presented:

You also need to provide the following:

The process is much like that of creating a Website Custom Audience. But it’s also a manual process for creating a Video Views Custom AudienceYou can create an audience of people who viewed your video on Facebook or Instagram and target or exclude this audience in ads..

So the question… What’s the difference?

2. How They Are Different From Video Views Custom Audiences

If you’re not familiar with Video Views Custom Audiences, allow me to get you up to speed…

For a while now, Facebook has allowed some advertisers to create Video Views Custom Audiences. One way to do this is by checking a box while creating a video ad indicating that you wanted Facebook to generate such an audience. 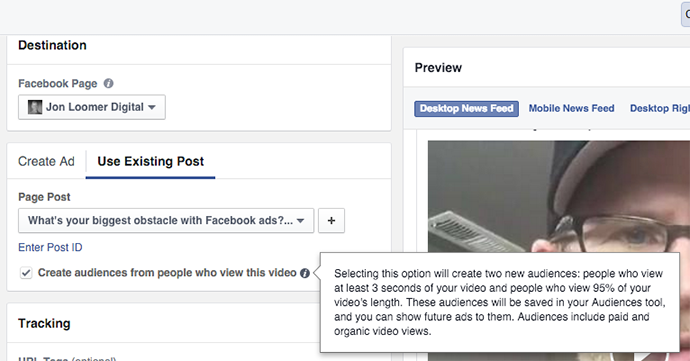 As you can see above, this would allow you to create two different audiences of people:

You could then target those people in other ads. This is great for building campaignThe campaign is the foundation of your Facebook ad. This is where you'll set an advertising objective, which defines what you want your ad to achieve. sequences and showing relevant ads!

Some advertisers have reported not having that check box. Some of these advertisers, though, were still getting these audiences generated automatically… 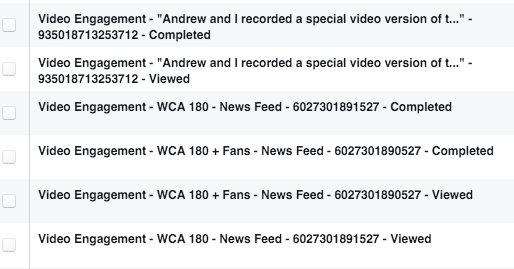 Still others, though, were reporting getting neither the checkbox nor the audiences generated. They were left out!

At first blush, these new Engagement on Facebook Custom Audiences that I’m seeing (in their current form) are very similar to Video Views Custom Audiences. But there are some very important differences…

1) Select Multiple Videos for One Audience

With the old Video Views Custom Audiences, you could create an individual audience of people who viewed a single video.

After selecting an engagement type while creating an Engagement on Facebook Custom Audience, you’ll be asked to “Choose videos.” 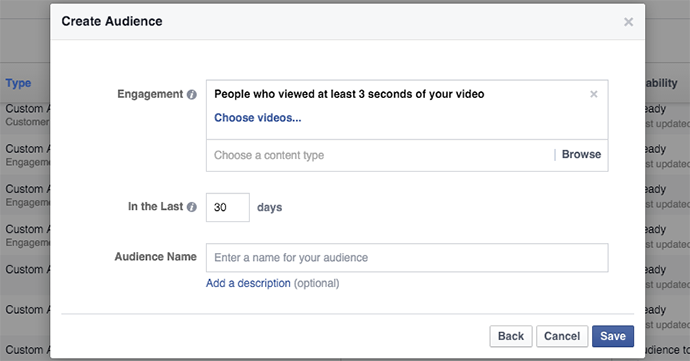 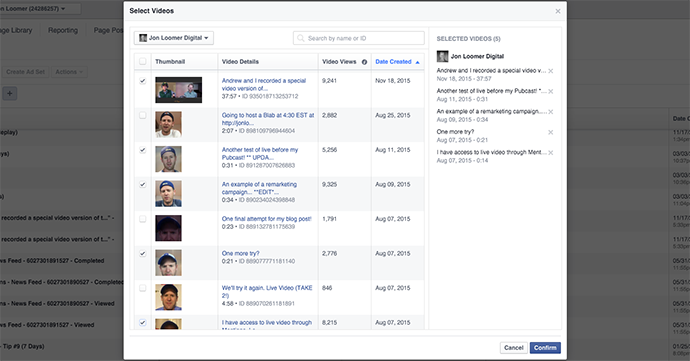 You can select one or as many of your videos as you want!

With the old Video Views Custom Audiences, there were only two options of audiences to create:

You can actually select multiple engagement types. At first this didn’t make sense to me. Why would you create a 95% view and 75% view audience for the same videos? The 95% view audience would contain the entire 75% audience anyway.

But then it occurred to me that your single audience could include a different engagement for different videos. Like this… 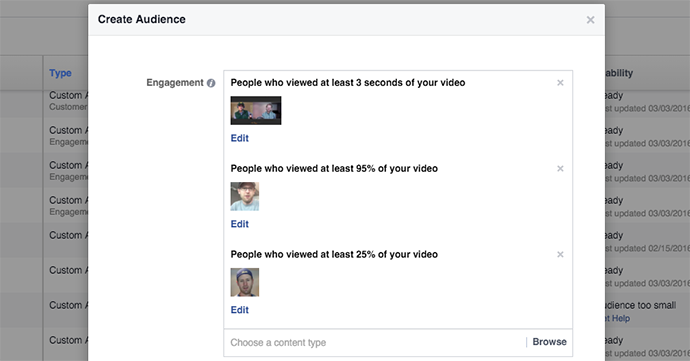 It’s simple, but this may be my favorite thing about these audiences.

Durations are one of the features that make Website Custom AudiencesA website custom audience matches people who visit your website with people on Facebook. You can then create ads to show to that audience. so powerful — and more useful than Email Custom AudiencesA customer list custom audience is created by uploading a customer list that Facebook matches with users so you can target them with ads., for example. They allow you to target people who visited a specific page during the past day. It’s what makes something like an evergreen Facebook campaign possible.

The duration provides lots of options!

3. How This Impacts Advertisers

I’ve gotta be straight with you: I am not comfortable creating video. I don’t enjoy doing it. And live video isn’t any better.

But it’s clear that people love it. And Facebook keeps giving us reasons to create video (like the recent update to the news feed that gives live video priority).

I consider this a very forceful push from Facebook. While Video Views Custom Audiences were interesting before, they weren’t all that flexible. But now we have a whole lot more control over what we create and what we can target.

If you’ve been trying to ignore video like I have, you’re running out of chances. You are now losing opportunities.

4. Attempting to Predict the Future

While all of this is great and exciting, I get most excited when I begin speculating about what may be coming.

Am I looking too far into this? These are called “Engagement on Facebook” Custom Audiences. They aren’t called “Video Engagement” Custom Audiences. When creating them, we’re asked to “Choose the type of content you want to use to create your audience.” There is no mention of video here.

So many possibilities. What about…

These are things I’ve asked Facebook about before. They would be incredibly powerful and useful. I can’t help but think that they may actually become a reality.

Of course, this is only speculation. But you can’t help but dream with me, right?

Do you have Engagement on Facebook Custom Audiences? What do you think about them?