Last Thursday, I spoke at Social Media Marketing World in San Diego for the sixth straight year. While it’s a big event, there are 10 competing sessions happening at any given time. To help drive people to my session, I ran Facebook ads.

I created a campaignThe campaign is the foundation of your Facebook ad. This is where you'll set an advertising objective, which defines what you want your ad to achieve. that began the Monday prior to my session, giving me a little more than three days of promotion (I spoke on Thursday morning). I focused my targeting on people in the area (more on that in a minute), and since the event didn’t technically start until Wednesday, I couldn’t really start the campaign any sooner.

If you’re familiar with my advertising, this is rather standard for me. Not that I’ve created ads that look just like this, but it’s very simple and doesn’t require a design team. I like to be able to act on inspiration and immediately hit publish.

The goal here was to…

How I Did It: ObjectiveThe campaign objective is the ultimate goal for your Facebook ad. Your selection will impact options, including optimization and delivery. and OptimizationHow you optimize impacts who sees your Facebook ad. Facebook will show your ad to people most likely to perform your desired action.

My goal was to reach the most people attending Social Media Marketing World as possible. To do this, I would want to combine geotargeting (inclusion and exclusion) and interests to focus as much on my potential audience as possible.

Since the audience would be small, I didn’t want Facebook to optimize for an action. As a result, I used the Reach objective… 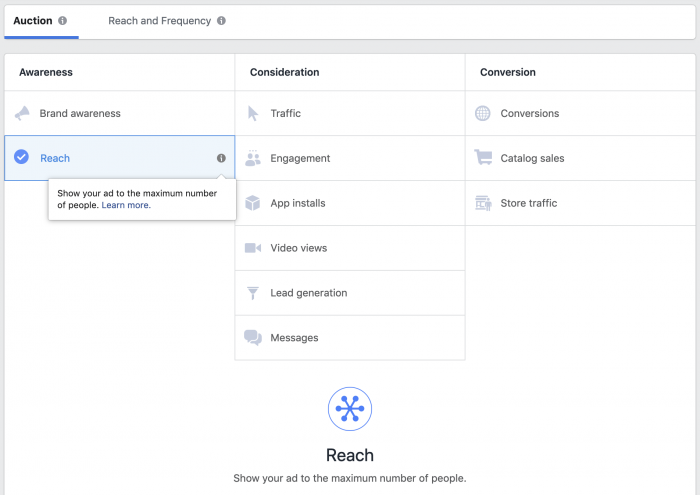 …and I optimized for Reach. This means that Facebook will show my ad to as many people within the targeted audience (more on that in a second) as possible.

Since Reach optimizationReach optimization allows you to show your Facebook ads to the maximum number of people while using a frequency cap. also includes a handy Frequency CappingFrequency capping allows you to limit the number of times your audience sees your ad during a given window of time. feature, I capped frequencyCalculated as (Impressions/Reach), Frequency is a Facebook ads metric that measures the average number of times users have seen your ad. at three times per day.

Note that I would consider this to be a pretty high frequency normally. But in this case, I’m reaching people for a very limited amount of time and making sure that I get their attention.

Once again, this is not normal, and I would not recommend this under normal conditions. However, I’m willing, in this case, to spend more to make sure I reach my audience.

How I Did It: Targeting

My goal was to reach as many people at the conference, located at the San Diego Convention Center, as possible. Inspired by a blog post written by Trey Edwards, I chose a geographic microtargeting approach.

This involved the following: 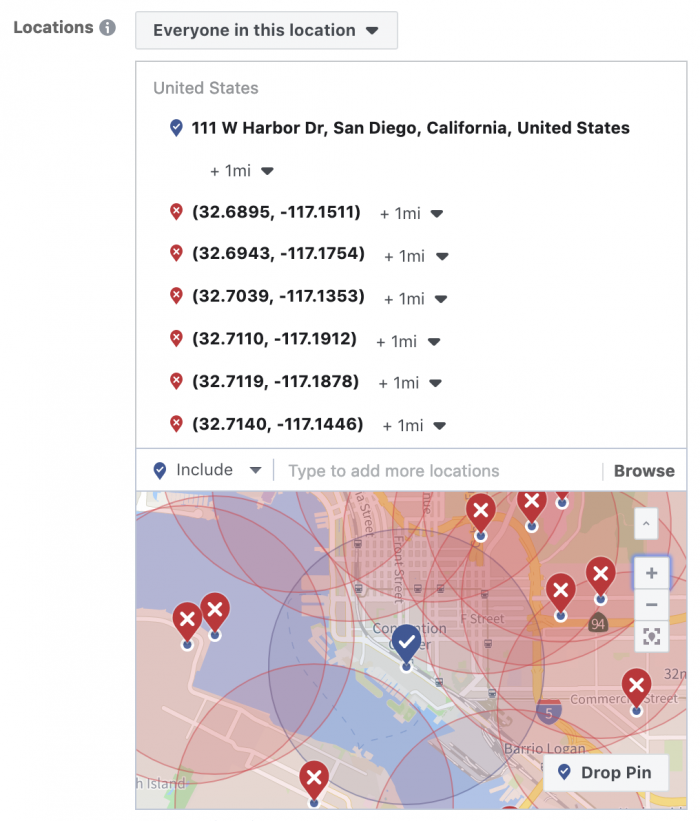 It may look a bit messy, but the goal was to reach only those in the San Diego Convention Center. By excluding the fringes of the circle, I was able to do that.

I found that the audience was still larger than I wanted. In response, I layered on the Social Media Examiner interest.

This brought me down to a potential audience size of 6,500 people.

How I Did It: Creative and Placements

I had a bit of a dilemma when it came to placements. Typically, you have to be very careful about the placements you use when utilizing frequency capping. You don’t want to waste your one impression per day (if that’s where you cap) on an ineffective placement.

But here, I was using a very aggressive frequency capping number of three times per day. I also wanted to be sure to reach people where they were. So, while I did remove some placements (Marketplace, Audience Network, Messenger Inbox), I kept the rest. 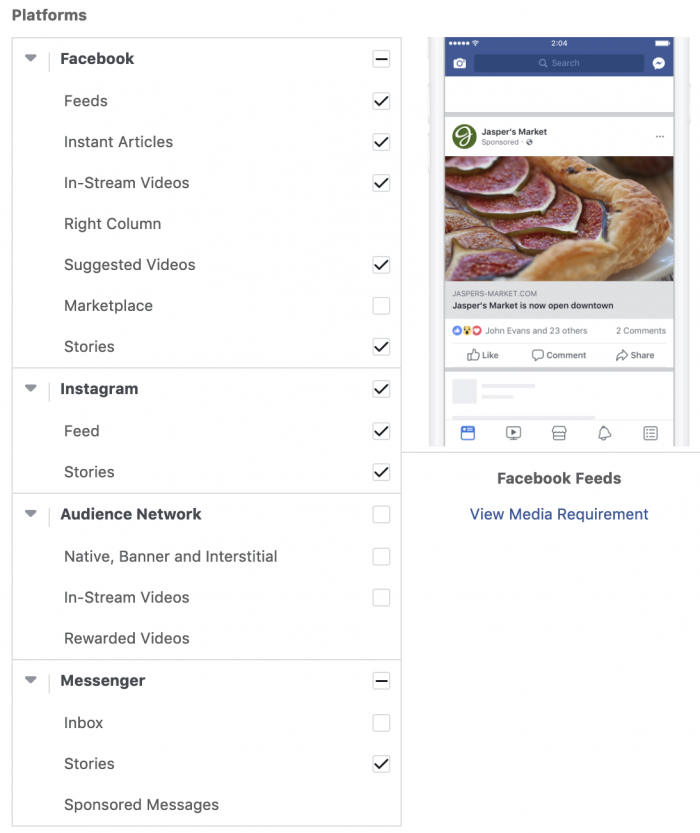 Since the video I created wasn’t ideal for all placements, I made use of Facebook’s Custom Creative feature and customized the video by placement. 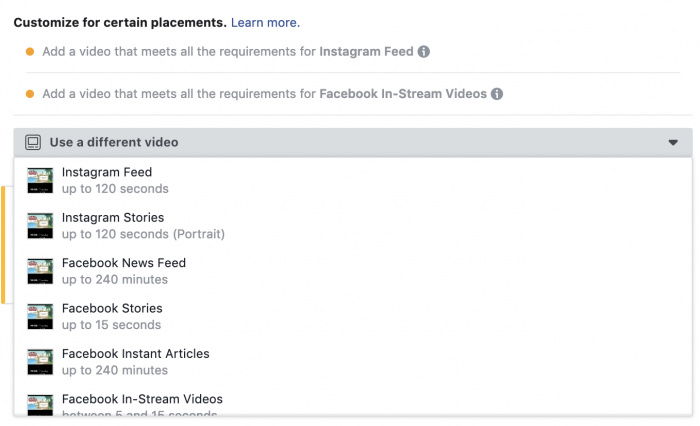 I would create four versions of the video to fit recommendations for each of the placements. 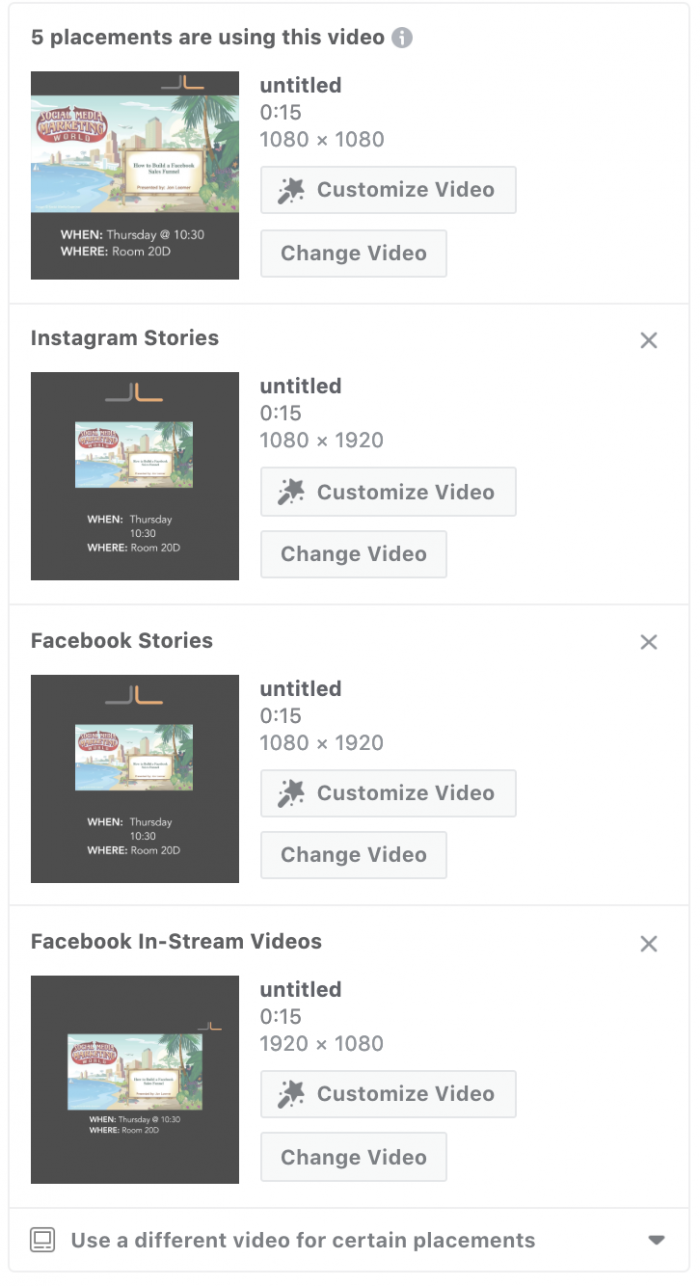 We can throw the results into a couple of buckets:

At the start of my session, I asked the crowd if they saw my ad. Of the 600 or so in the room, a good number (10-20%?) indicated that they did. That’s not scientific, of course, especially since not everyone will respond.

Overall, I’d consider it a success. For a spend of about $100, I’m confident that this ad helped me accomplish my goal of driving more people to my speaking session.

What do you think about this approach? What have you done in similar situations to promote attendance to an event?