Back in 2017, Facebook announced campaign budget optimization. They pitched it as an “easier way to maximize campaign results.”

Using campaign budgetA budget is an amount you're willing to spend on your Facebook campaigns or ad sets on a daily or lifetime basis. More optimizationHow you optimize impacts who sees your Facebook ad. Facebook will show your ad to people most likely to perform your desired action. More (also known as CBO), Facebook advertisers set a budget at the campaign level that will then be optimized to distribute across ad setsAn ad set is a Facebook ads grouping where settings like targeting, scheduling, optimization, and placement are determined. More to favor the highest performers. 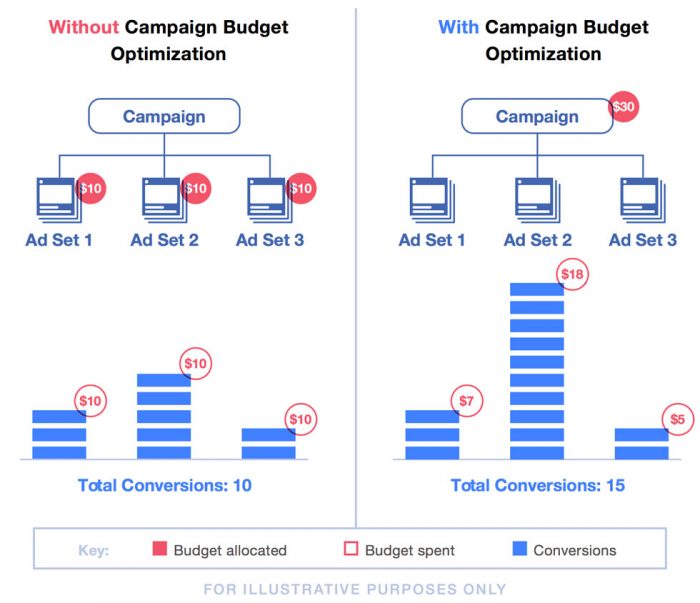 Note that this isn’t split testingSplit testing (or A/B testing) allows you to test changes in Facebook variables like ad creative, audience, or placement to determine which approach performs best. More. Facebook doesn’t find a winner and allocate all of your budget to one ad set. They simply distribute more or less budget based on how an ad set is performing compared to the others.

Along those lines, there can be overlap between ad sets. Don’t expect Facebook to sort that out for you. If you want to avoid overlap, you need to use the split testing feature or apply specific exclusions.

Clearly, this is a feature that is most beneficial when running campaignsThe campaign is the foundation of your Facebook ad. This is where you'll set an advertising objective, which defines what you want your ad to achieve. More with multiple ad sets. It wouldn’t make sense for a single ad set.

Campaign budget optimization is eligible for all objectivesThe campaign objective is the ultimate goal for your Facebook ad. Your selection will impact options, including optimization and delivery. More.

When you create a campaign, you’ll have the option of turning on campaign budget optimization (it’s off by default)…

Click the slider button to turn campaign budget optimization on. 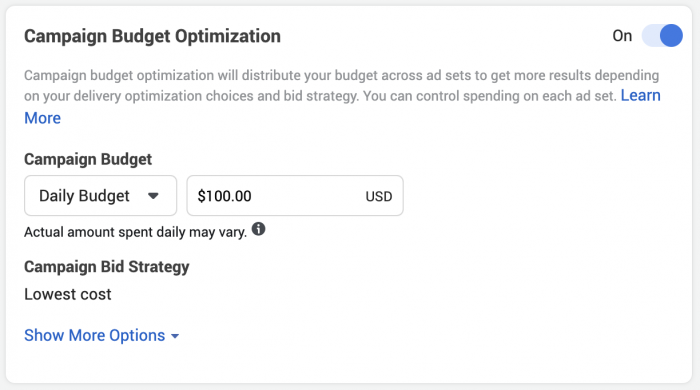 By default, the “Lowest Cost” campaign bid strategy will be selected. But, you can change that if you’d like. Just know that it will apply to all ad sets within this campaign. 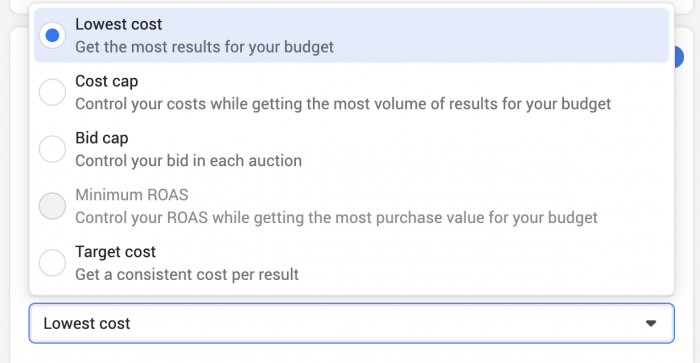 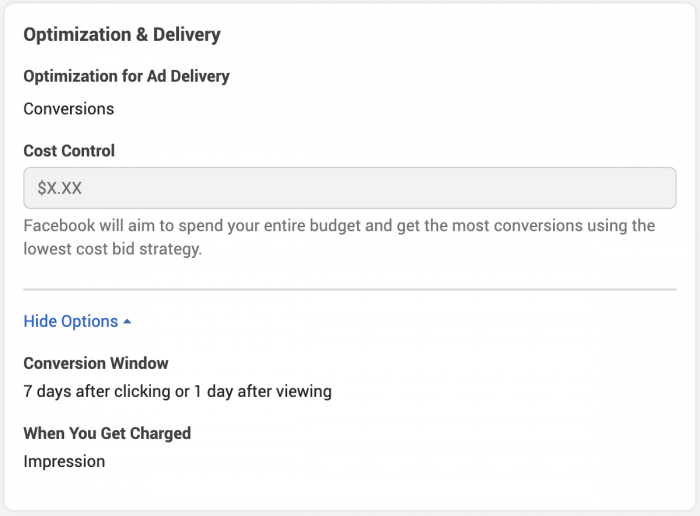 Buried within “Budget and Schedule” is an optional Ad Set Spend Limits setting, which is off by default. Click to edit it. 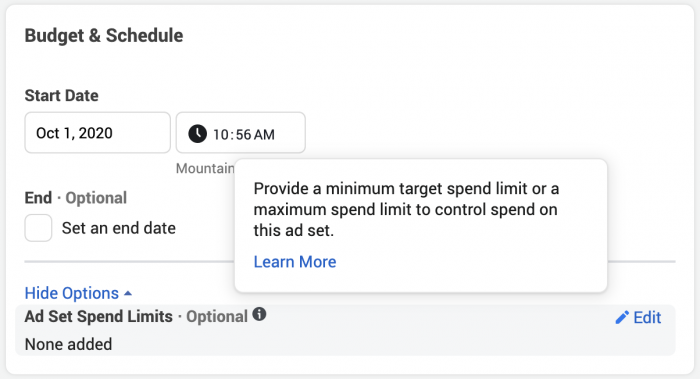 I have a quiz library that I promote continuously with lead ads, consisting of multiple ad sets for each audience.

Often I see that Facebook doesn’t distribute the budget the way that I’d expect, sometimes leading to better results in the process.

Should You Use Ad Set Spend Limits?

Personally, I find the use of ad set spend limits to be counterproductive. If you use campaign budget optimization, you are trusting Facebook with distributing your budget optimally across ad sets to get the most results. Setting minimums and maximums could interfere with execution.

If over time you notice issues with campaign budget optimization and budget distribution, you can experiment with setting these. I just wouldn’t recommend it from the start. See how it works over time first.

Back in 2019, Facebook had planned to make campaign budget optimization the default. In other words, you would not be able to switch this off. Whether in reaction to advertiser revolt or not, Facebook backed off of this stance and CBO remains optional.

Have you experimented with campaign budget optimization? What results are you seeing?