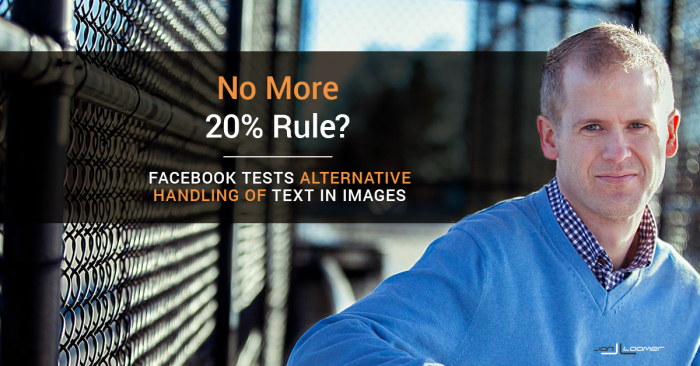 I can’t even tell you the number of times I’ve been tweeted, emailed or messaged about the supposed obliteration of the Facebook 20-percent text rule in ad images during the past week. People hate that rule, and some were stumbling on evidence that it was no more.

The problem is that when I click on the link that Dominic provided, it took me to a Help Center page with reference to the 20% rule… 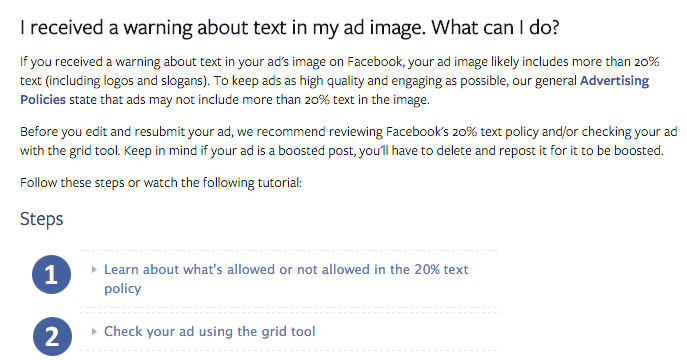 At first, I assumed people were just seeing or imagining things. Let’s face it: People get a little bit too worked up about this rule. So I figured their hatred for it simply clouded their judgment (or eyesight).

But I kept getting these messages. And there was one common thread among most of those messaging me: They were from the UK.

So I did some research. Let’s dive in…

[Tweet “Has Facebook killed the 20% text in images rule for ads? Not really. Here’s what you need to know…”]

A Facebook spokesperson was nice enough to provide me with the following statement on the 20% text rule:

To help advertisers achieve their business goals while providing people with an enjoyable experience on Facebook, we’ve had a policy limiting excessive text (more than 20%) on images in ads. We’re always looking for ways to improve the experience for people and advertisers, which is why we’re testing a new solution that will allow ads with text to run, but based on the amount of text in an ad’s image, the ad won’t reach as many people. We will continue to monitor how this test impacts advertisers as well as people and will iterate to ensure we are creating the best possible experience. We’re testing in certain situations but are not changing the policy across the board at this time.

It’s true, then, that some people are seeing a change in the way Facebook handles text in images. It’s a test, and it isn’t an official change to the “policy across the board” for now.

The Change to Text in Ad Images (for some)

Thanks to an article from SearchInfluence, we can see what those within the test can see in the Help Center regarding Facebook’s adjusted handling of text in ad images.

That page provides a guide on how to use text in images — rather than strict rules to avoid getting your ad rejected. 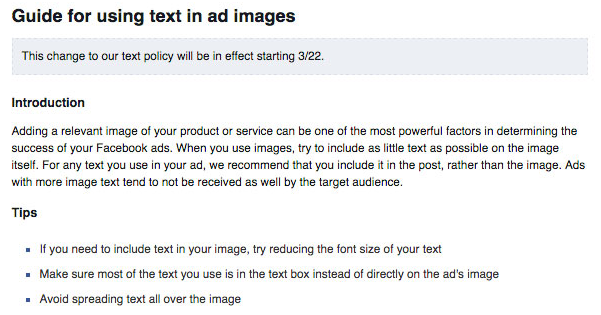 As you can see in the image above, Facebook is recommending that you “try” to use as little text in your ad images as possible. They recommend focusing your text in copy rather than in the image. And they even suggest limiting font size.

Facebook ads that contain images with little to no text tend to cost less and have better delivery than ads with image text.

From the start, Facebook is telling you that you can use text, but as you increase the amount of text that you use you can expect the reach to drop and costs to increase. 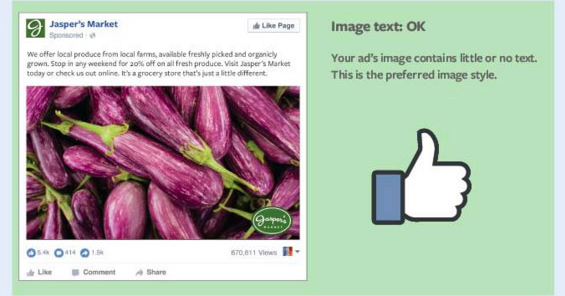 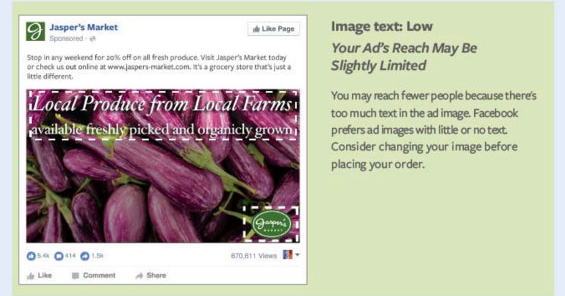 Of course, if you also include the logo (which Facebook says they include), that would be more than 20%. 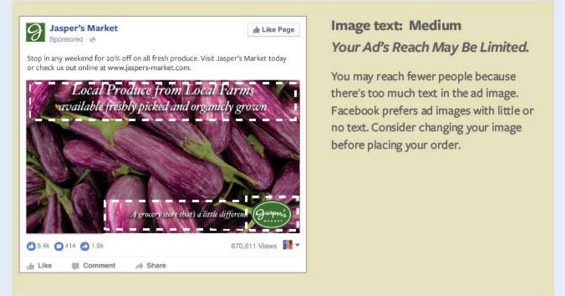 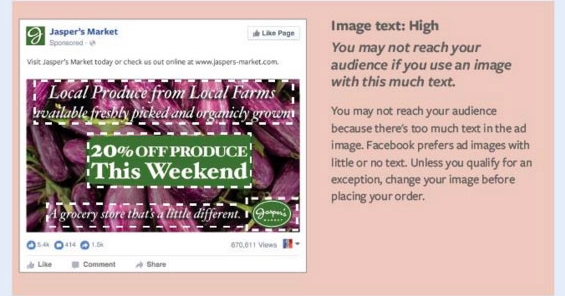 Yeah, so don’t do this. You’ll get it approved, but it won’t reach anyone.

Most of this isn’t new. For the rest of us, there has always been a product exception.

However, I find a couple of these particularly interesting. The infographic exception, in particular. I’ve wanted to promote infographics in the past, but didn’t due to the rule.

Legal text and text-based businesses also get the exception, which I believe is new.

What This Really Means: Not Much

I’ve seen way too much excitement over this change — or test, depending on how you look at it. While the 20% text rule may be going away for some — and potentially for all if it moves beyond a test — it impacts our approach to text very little.

As Facebook said, users don’t react well to ads with a high text concentration in images. And while they won’t be rejected, your distribution will suffer and the costs could be high.

Is it really worth it?

You’ll need to determine if lower reach and higher costs are worth the additional text. For me, I plan to approach text in the way I always have — less is better. Be a minimalist.

What do you think about this test? Does it change the way you approach text in images when advertising?