[The following is a guest post from Chad Wittman of EdgeRank Checker.] 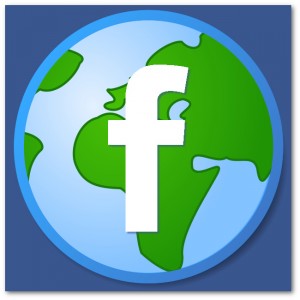 From a techie developer’s perspective, most of these innovations are feats of engineering, especially when considering the magnitude of data needed to be manipulated.

Yet we see the average Facebook user asking for more control of the News Feed, continued playing of FarmVille and endless memes. There is a disconnect here.

This is an issue. A BIG issue.

Facebook has become a mainstay in our digital lives, while smaller niche sites provide us with discovery and time killing behaviors. Facebook is similar to email in the “coolness” factor. Not many people wake up in the morning excited to check their email, just as many are finding they’re not as excited to check Facebook anymore. It’s a habit that needs to be done.

People use Facebook continuously, but it’s losing its edge when it comes to excitability. And that’s okay.

How Do People Think They Want To Use Facebook?

What did Facebook do? They implemented a touch of randomness to the EdgeRank algorithm to de-creep the News Feed.

Guess what happened? The people who had less of the EdgeRank algorithm ended up using Facebook less, engaging less and overall having less impact on the network.

This is an incredible bit of information. People think they want it to be a certain way, but actually act contrary to their perceived beliefs.

Psychology is a hell of a thing.

Facebook envisions themselves as this incredible platform that people spend significant amounts of time on. Aside from racking up ad impressions from Average Time On Site and Page Views, this is what Facebook used to be.

Facebook wants people sharing and discovering everything within the Facebook platform, and understandably so. In some areas, they’re doing a great job (think Spotify and Music). In others, they’re not (think SnapChat vs Poke).

They want to be involved in every facet and they want users to want to be on Facebook.

That’s what the internet is. It’s always been about that, and at a fundamental level, it will always be about that.

The list goes on and on. Almost everything can be boiled down to the discovery of a particular thing. Discovery of what my friends are doing, what’s happening in the world, etc.

Where Is Discovery Being Done Right?

Why are people spending time in these places? It’s because they can actually discover a lot of cool things every time they visit.

Facebook is no longer this place. This is why it’s losing its “coolness” and why kids aren’t as interested. They don’t discover anything anymore on Facebook.

What Does This All Mean?

Unfortunately, their current model of simply copying other platforms’ bread and butter isn’t going to cut it. They need to integrate and evolve innovation. Understand why people invest time into these other platforms and attack the psychology of the issue.

As a techie in the industry, I love the innovation feats of News Feed, Beacon, Open Graph, EdgeRank, GraphRank, Graph Search, Poke and Messages. Unfortunately, this isn’t addressing the real issue.

This solution demands an understanding of an ideology and requires becoming a visionary in this void.

About Chad Wittman
Chad Wittman is the founder of EdgeRank Checker. Previously a VP of Social at a local agency, he quit his job to dedicate himself to analyzing how EdgeRank impacts brands on Facebook.