If you’ve ever spent much time in Facebook Events Manager, you’ve surely received notifications of an unrecognized domain sending events from your pixel.

I can’t really speak to the motivation behind why this might happen, but it absolutely does. In some cases, there may be reasonable explanations related to selling your products on third-party websites and your pixel ends up there.

But, in theory, activity from domains you don’t own on your pixel could water down your data — if enough of it comes through. And since your pixel is often easily found within your website code, it wouldn’t be all that difficult for anyone to add your pixel to their website — whatever the motivations.

You can actually control which websites have access to your pixel using traffic permissions. Go to your Events Manager Settings and scroll to the bottom.

You’ll be able to do one of two things:

Originally, your only option was to create a block list. You are given a list of all of the domains that send data from your pixel, and you have the ability to block any of them. 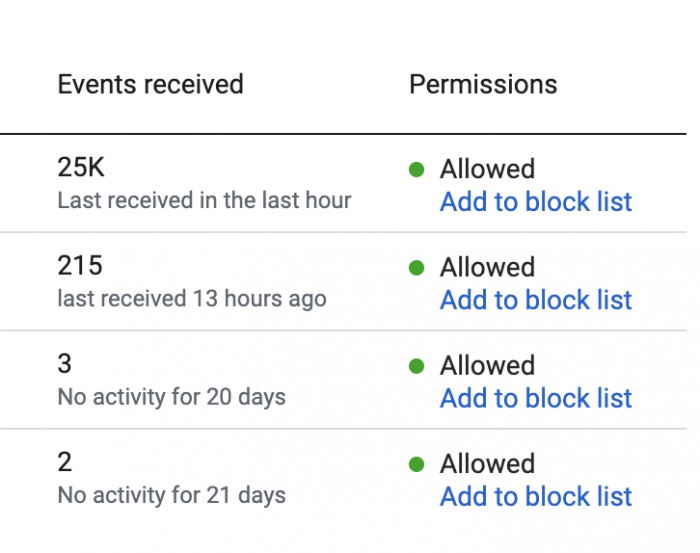 Of course, this could end up being a game of whack-a-mole if you get significant traffic. I even seem to get a new domain attempting to send data from my pixel every week or so.

Luckily, you can also create an allow list. In this case, only the domains you list (including their subdomains) will be allowed to send data from your pixel. Any domains you don’t add will automatically be blocked. 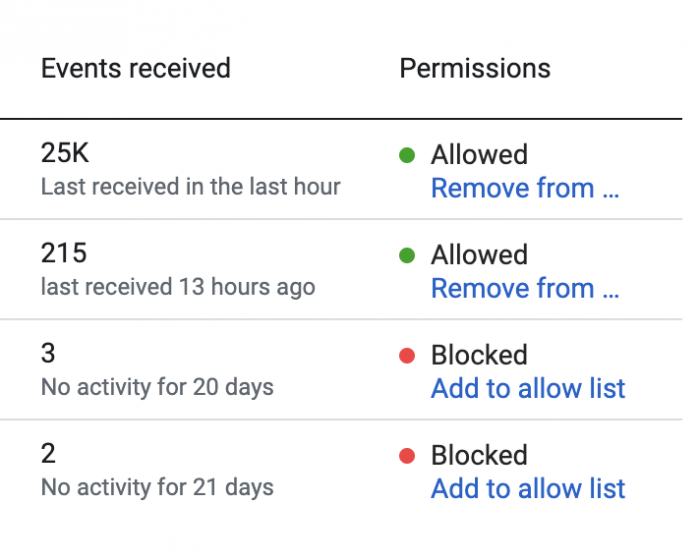 This, of course, is much easier.

Similarly, let’s assume you want to switch from an allow list to a block list (not sure why, but okay!). You’ll get an error when attempting to create a block list.

Do you use allow lists or block lists?