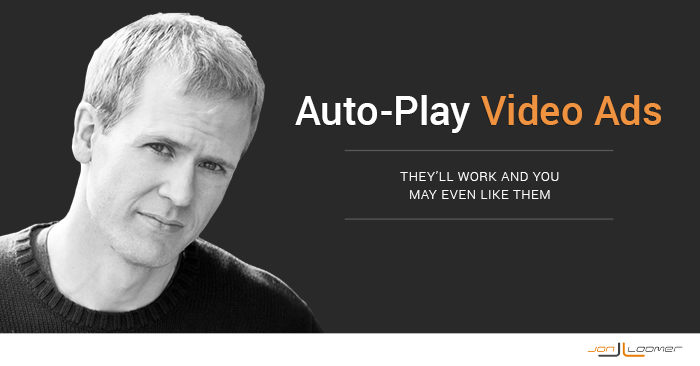 Back when Facebook first started discussing the possibility of auto-play video ads nearly a year ago (!!), I thought it was a terrible idea. And I’m someone who has been using Facebook since 2007 and tends to keep an open mind.

The backlash to something that doesn’t even exist yet was huge. We didn’t know how it would work, but we already hated it. As a result, Facebook did something they rarely do: They allowed the negative reaction to redirect their launch plans.

While I think it’s important to listen to the consumer, I’ve also admired that Facebook will often push through the negative reactions in the name of innovation.

Facebook should learn from feedback. But the public is also generally averse to change, and initial reactions are rarely a good indicator of what users will think of that change months down the road. Facebook has innovated by understanding that, sometimes, people don’t know what they like.

So that just shows how significant this backlash — again to something that doesn’t even exist yet — was. As a result, those auto-play ads won’t be rolled out in 2013, and there’s no immediate plan for when you will see them.

But you will see them. The groundwork has been laid with auto-play user video. It’s now just a matter of time.

The following is an excerpt from an interview by InsideFacebook’s Justin Lafferty with James Borow, CEO of Facebook Strategic Preferred Marketing Developer SHIFT. It underscores my current stance (and backtrack) on auto-play video ads.

A few months ago, I would have scoffed at this like everyone else. But Borow is right.

It turns out that this delay was the right move. In fact, I’m convinced that when these auto-play video ads are finally rolled out, you won’t even care. You may even like them (whether you’ll admit it or not).

[Tweet “Auto-play Facebook video ads are going to work, and you may actually love them. Here’s why…”]

When Facebook first started talking about auto-play video ads, it was a concept that was difficult to visualize for most of us. If you’re like me, you expected something that took over the page and completely destroyed the user experience.

We think that because of what we see on sales pages and websites that have auto-play audio and video. It’s incredibly annoying for those of us who have multiple tabs and browsers open and can’t find a source of that sound.

But since the initial discussion of auto-play ads, something important happened: Vine and Instagram video exploded.

If you haven’t used either of these services (you’ll soon be in the minority), video automatically plays on your phone as you scroll through your feed. But they don’t all play at once. Only the current video is displayed. When you scroll past, the experience moves to the next video.

And you know what? It works well. And people love it.

Auto-Play Video is Happening on Facebook, and It’s Awesome

Have you noticed? Auto-play videos from your friends have already started when viewing from your phone.

This is not at all what I expected. It’s a seamless experience. Audio does not play, so it does not interrupt or annoy my browsing. If the initial few seconds of a video interest you, click it to bring up a video viewer with audio.

Guess what? I welcome this on my phone. It’s inviting. And I’m much more likely to watch a video as a result.

Auto-Play Video Will Come to Brands

So, why isn’t this capability rolled out to brands yet? Pretty obvious. The minute that happens, they can immediately be turned into ads.

Facebook determined that users weren’t ready for that yet. But in the meantime, we’re being warmed up to it through Vine, Instagram and auto-play videos from our friends on the Facebook app.

When that happens, you will be more likely to click and watch those videos. And it will be enormously effective, when used correctly.

It really doesn’t matter if it’s an organic video from the Page you like or an ad. When done well, users will embrace them. When done poorly, they will be marked as spam.

Will users revolt and leave Facebook in droves? When initially announced, I saw this as a possibility. But now, thanks to Facebook holding off while we unknowingly get warmed up to it, I expect this won’t be such a big deal after all.

Here is what I said about the prospects of auto-video ads back in December of 2012:

Not only do people hate auto-play, but apparently, this will be available for advertisers to target non-fans in the news feed. It’s a recipe for disaster. There has been all kinds of blowback from non-fans over suggested posts and promoted posts. Can you imagine the response to auto-play video? Unlikely to be worth it to the advertiser.

Of course, there’s still plenty we don’t know about how this will work — whether audio will play automatically or not. But based on what I know, I just don’t see any positive angle to this.

Is it possible that auto-play video would be effective? Sure, it’s possible. But my bet is that this will be one of the rare occasions where backlash will be warranted and Facebook will pull back — potentially before it even happens. A new video ad unit could be a nice opportunity for advertisers. But auto-play — particularly in the news feeds of non-fans — is too much.

I’ve done a complete 180 since then, at least regarding whether I think they will work. I was on the right track here regarding audio. It was true we didn’t know the full story yet. And I even nearly predicted the launch delay.

But I did not expect to embrace the idea nearly one year later the way I do today. Now I can’t wait.

What do you think? Do you support or oppose the idea of auto-play video ads on Facebook, and has your opinion changed?