I received an email from a client yesterday about an error message on a running Facebook ad.

As you can tell, this was a Promoted Post targeted at Fans only. It is an ad that had previously generated 301 clicks and 428 actions, but Facebook suddenly deemed that it violated their Advertising Guidelines.

Let’s take a look at that ad… 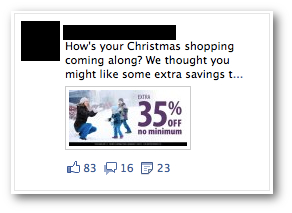 So, what is it about this ad that Facebook suddenly deemed inappropriate? I found this new passage within the Facebook Advertising Guidelines (thanks to my friend Blake Jamieson for verifying that it’s new and I’m not crazy): 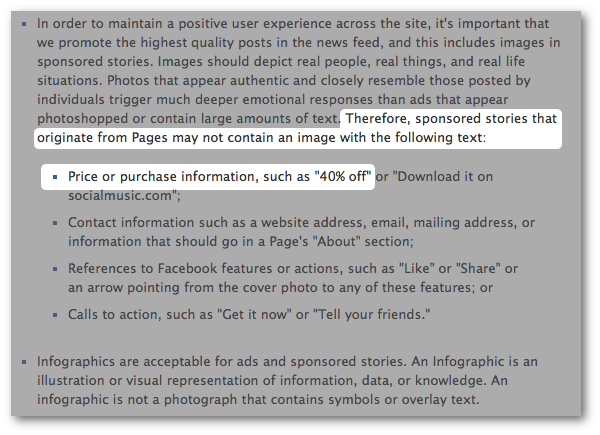 It shouldn’t take a rocket scientist to connect the dots here. Why doesn’t Facebook want you to create ads that promote a discount? Because they want to instead get you to use Facebook Offers.

This particular client was actually in the process of split testingSplit testing (or A/B testing) allows you to test changes in Facebook variables like ad creative, audience, or placement to determine which approach performs best. to determine whether the Promoted Post or a separate Facebook Offer were more effective. I guess that test is no longer valid!

Have you seen similar problems with your ads? Let me know in the comments below!

**UPDATE**
The wording in the Advertising Guidelines refers only to images, and based on a Promoted Post I saw from Starbucks today, that would be the case. So feel free to include price or purchase information in the description, just not the image. 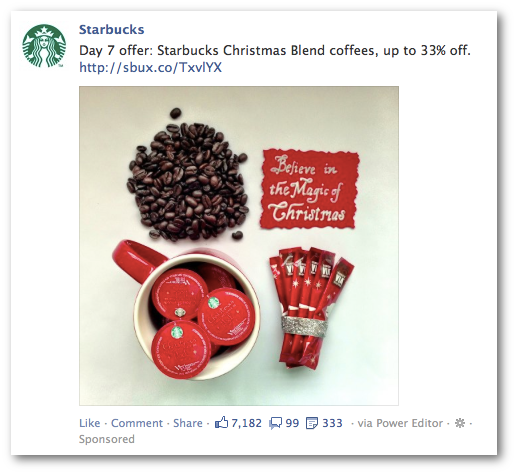