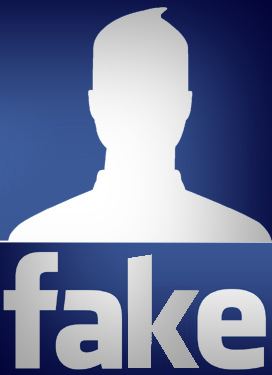 Back in June, I wrote about how the new optimized Facebook advertising could be too good to be true. Now I’m beginning to read others with similar experiences.

While I was finding optimized ads (ads Facebook targets at users most likely to perform a desired action) within the new ad create flow were 20 times more (outwardly) successful than the old model, I was beginning to doubt the authenticity of many of the accounts, particularly those overseas.

I struggled to understand the motivation of those liking my page with no intention of participating, and the main theory I leaned on was that this was their door in to spam my Page. Well, I haven’t seen that spam, so that theory is out the window.

Since then, many others have written about this phenomenon. First there was a BBC investigation, followed by similar reports from MSN Money, Daily Dot, Tech Crunch and others.

Then came an interesting post this week by Jake Filan of Search Engine Journal called Facebook Ads: What Are You Really Paying For? He, too, doubted the authenticity of many of his new fans. He actually had some interesting theories behind why this was happening.

This theory is the most far fetched, but one that can’t be completely ignored. Facebook is under an awful lot of pressure right now, but would they actually create fake profiles — something that can easily be discovered — in order to boost the perception of their advertising? I doubt it. Incredibly risky.

2. “Like” generating networks are using bots or compromised accounts in order to diversify their activity history and avoid getting banned.

I actually didn’t understand this until reading the article a second time. You see, there are people out there who sell Facebook Likes. If they created fake profiles that simply liked only the Pages of the people who bought the Likes, they would be easily traced. So they “diversify” their Likes with bots, liking Pages that never even paid for these services.

Rumors are that Anonymous and other groups would love to hurt Facebook, and infiltrating their network with millions of fake profiles could damage the social network’s credibility.

Jake concludes that #2 is most likely, and I tend to agree. It makes sense why this would happen. I now understand the motivation. It’s entirely possible and even likely.

The real question now is why won’t Facebook do anything about this? Their current response is that they don’t think it’s a big problem. Well, it is. Maybe they were going to let it go for a while since results appeared to be so good at first. The fake profiles were actually helping to create a more positive perception of the impact of Facebook advertising.

But now that we’re figuring out the problem, Facebook needs to do something about it. What may prevent them from taking action? Well, it’s possible the problem is even bigger than we think. In that case, removing millions of fake profiles could negatively impact an already slowing growth trend.

What do you think? Do you agree with Search Engine Journal’s theory? What should Facebook do?