Facebook announced today that Power Editor and Ads Manager will be combining into one tool.

For those who have used Power Editor religiously for the past several years due to added features not available in Ads Manager, don’t worry. It sounds as though no functionality will be lost.

For those who have used Ads Manager because Power Editor is overwhelming, don’t worry. Ease of use will remain a priority.

If you’ve followed the evolution of Power Editor during the past couple of years, this shouldn’t be much of a surprise. There was a time when the two tools were drastically different. But with each update to the two interfaces, they’ve looked more and more like the other.

The reality is that there was no longer a need to have both tools. They have become nearly identical anyway.

This update, which is rolling out this week, is focused primarily on campaign creation and reporting. Let’s take a closer look…

One change we’ve seen over the past year or so is the introduction of “Guided Creation” when designing campaignsThe campaign is the foundation of your Facebook ad. This is where you'll set an advertising objective, which defines what you want your ad to achieve.. It allows advertisers to go through the entire process of creating a campaign, ad set, and ad, and it’s become the only way to create campaigns in Ads Manager (before the change)… 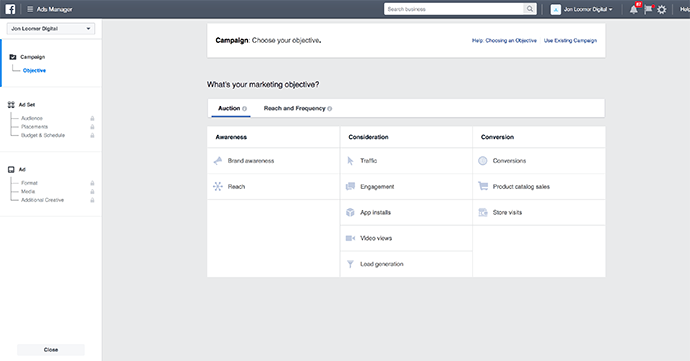 From Power Editor, advertisers had the option of using Guided Creation or Quick Creation. Quick Creation allowed advertisers to quickly generate a campaign, ad set, and ad draft by providing the most basic information (before the change)… 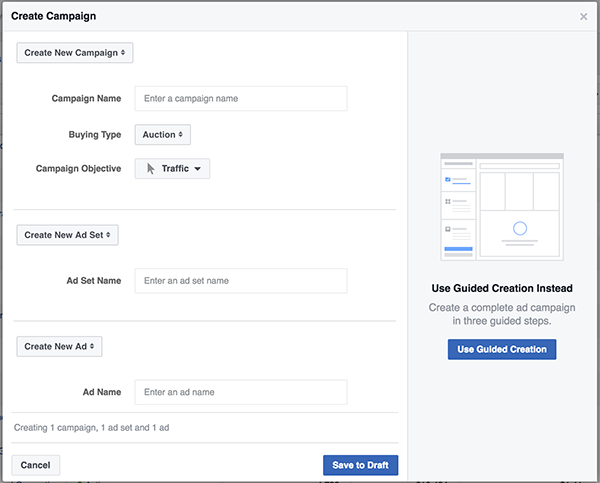 Guided Creation within Power Editor was almost identical to the same process in Ads Manager. Here’s an image before the change… 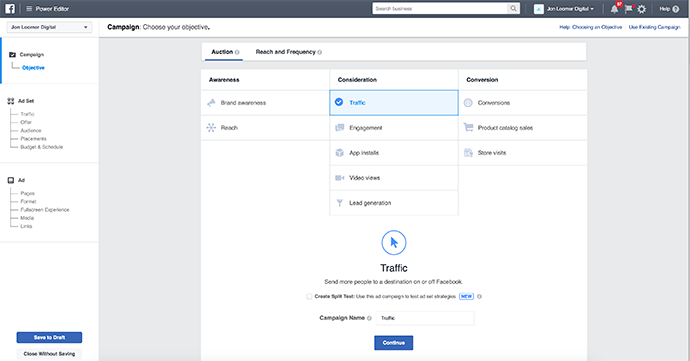 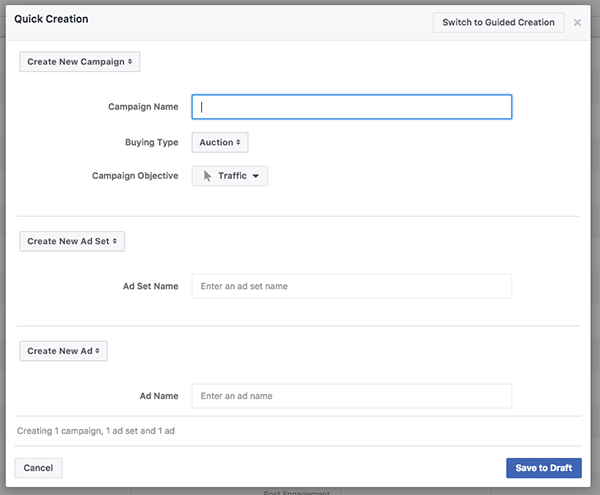 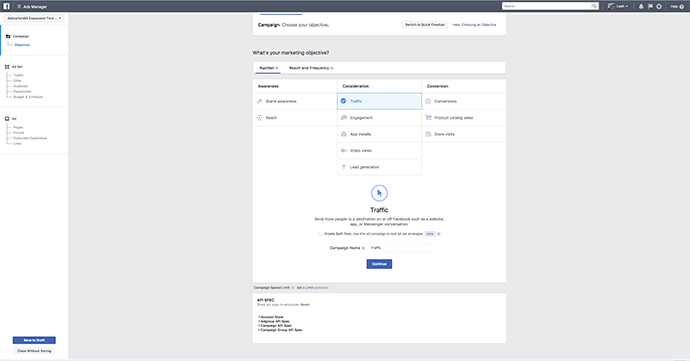 Both options will be made available to all advertisers with the combined tool. Facebook will automatically opt you in to the creation method you use most frequently, but you’ll be available to switch to the other method if you choose.

The difference between the image above and the original flow of Guided Creation in Ads Manager is small. Can you spot it?

If you closed this window at any time, you’d lose all of your work. No drafts were generated.

All advertisers will now have the ability to save their work as a draft.

One Source for Reports

Great, so there’s now one unified place to create Facebook campaigns, ad setsAn ad set is a Facebook ads grouping where settings like targeting, scheduling, optimization, and placement are determined., and ads. That was certainly a source of confusion for advertisers — particularly new advertisers. But what about reports?

Yeah, this was an issue, too. Advertisers have had ad reports baked into their Ads Manager. But they also had stats in Power Editor. Frustratingly, the organization and access to these metrics were not the same.

Hell… Sometimes the numbers didn’t even match up from Ads Manager to Power Editor!

Personally, I ignored the stats within Power Editor. If I wanted to see how my campaigns were doing, I dove into the goldmine of information in Ads Manager. That’s where I used Customized Columns and accessed the enlightening info within BreakdownsBreakdown is a way to get insights into your ad performance related to time, delivery, action, or dynamic creative element..

With this update, there will be one unified place to access your ad reports — within the new Ads Manager. This is where you’ll get charts, activity history, breakdowns, summary rows, date benchmarks, exported insights reports and more. No more confusion. 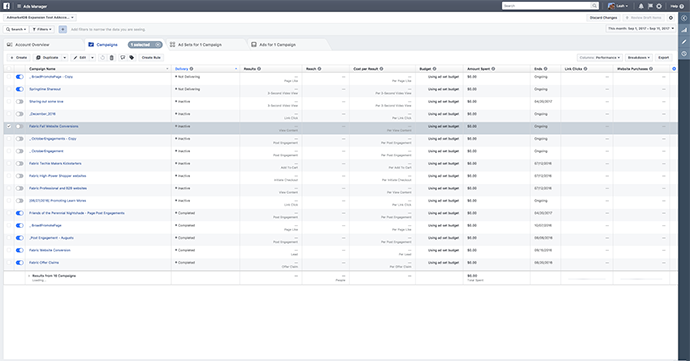 If you aren’t using many of these features in Ads Manager, it’s time to start. They’re extremely valuable!

This could be a scary announcement for both the green advertiser who is intimidated by Power Editor and the experienced advertiser who wants all of the extra bells and whistles. But it appears both sides should be happy by this announcement.

The new advertiser can continue to use the guided creation method when creating a campaign. Power Editor no longer “exists” (in name, at least), so it’s one less thing for them to worry about.

Facebook says that no functionality is lost as a result of this change. So those who have relied on Power Editor for the past few years won’t lose anything.

The bottom line is this update provides consistency and continuity. If executed as Facebook claims, it will be better for everyone.

If you don’t have this update yet, Facebook says they will begin rolling it out later this week.

What do you think of this update?