Facebook is rolling out the ability for advertisers to customize creative assets by placement. If you have this feature, you may now see this message when setting placement at the ad set level… 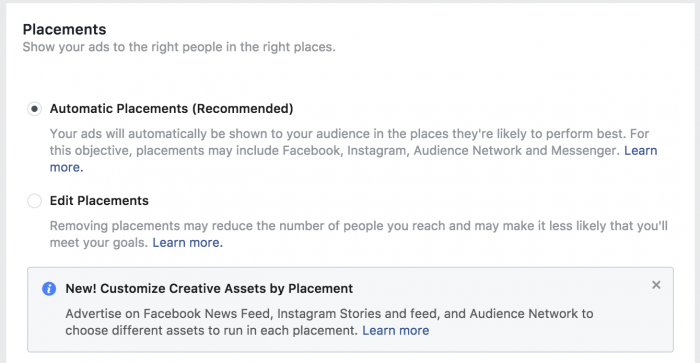 Let’s take a closer look at why this was needed and how to use it.

Why Do We Need This?

When running a Facebook ad campaignThe campaign is the foundation of your Facebook ad. This is where you'll set an advertising objective, which defines what you want your ad to achieve., you can choose to have your ads appear on many different placements. The list is constantly growing, but it currently consists of the following options…

That’s a lot of options, right?

The problem is that how you treat creative may be different by placement. The Instagram Stories placement, for example, utilizes an ideal aspect ratio of .56:1. Images within the feeds are expected to be 1.91:1. Videos in the feeds are ideally 9:16 or 2:3. And due to scaling for differing sized displays, you may want to adjust your image or video between feeds and Audience Network, for example.

The result: Advertisers have essentially had two options:

1. Create one ad set with multiple ad setsAn ad set is a Facebook ads grouping where settings like targeting, scheduling, optimization, and placement are determined. and roll with the potential issues associated with different placements.
2. Create multiple ad sets for ideal optimizationHow you optimize impacts who sees your Facebook ad. Facebook will show your ad to people most likely to perform your desired action., creating one per placement.

These options aren’t optimal. That’s why customizing creative assets by placement was needed.

To utilize this option, you’ll need to edit placements at the ad set level, rather than using “Automatic Placements.”

The ability to customize creative assets by placement is available for the following placements:

To make it easier, you can choose to “select all placements that support asset customization.” 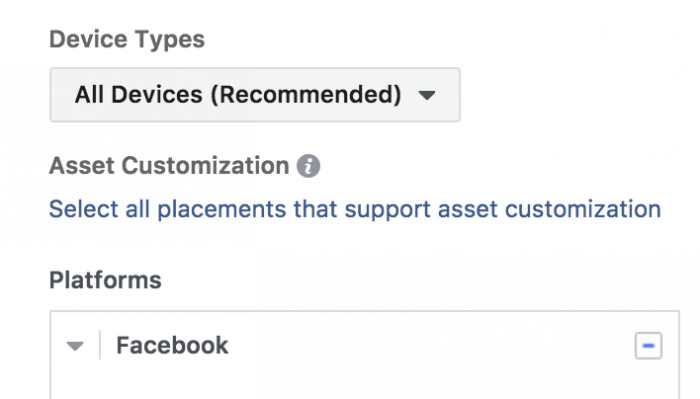 Customize Creative Assets by Placement: How To

At the ad level, you’ll need to add your first image or video as you normally would. 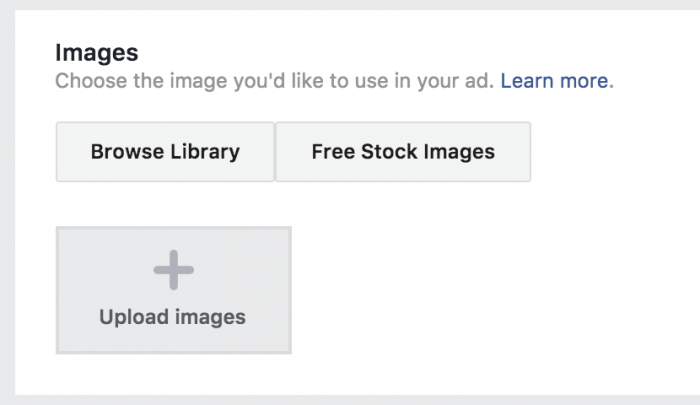 Once you do that, the options to customize for placements will appear.

In the example above, my first image will be used for three different placements. But there’s a drop-down to use a different image or video per placement. 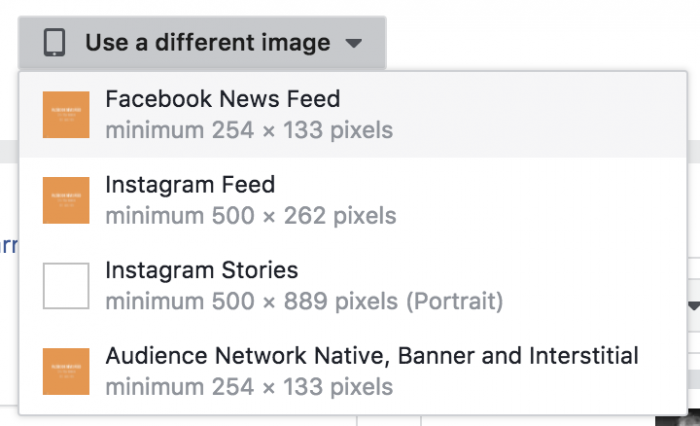 As you can see, Facebook details on the minimum dimensions on each placement. It’s also important to understand the aspect ratio, which Facebook doesn’t include above.

It’s interesting that Facebook lists the minimum dimensions rather than recommended. Typically, they recommend a larger image (1200 x 628px for 1.91:1, for example). And really, bigger tends to be better in this case.

Once you go through the process of selecting different creative assets by placement, you will then be shown which creative is assigned with which placement. 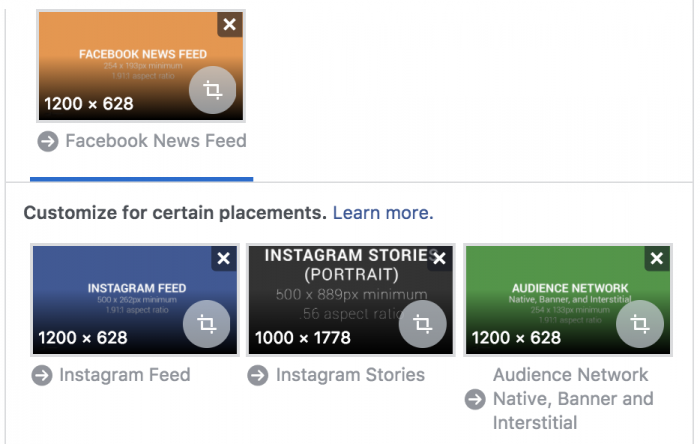 Go ahead and experiment with this. What do you think? Does it make your life easier?