If you have a universal audience, it may be a good idea to create ads in multiple languages to reach your potential customer in their native language. This process just became a lot easier with Facebook’s new automatic translation feature.

Let’s walk through how you can utilize it, too.

Dynamic Language OptimizationHow you optimize impacts who sees your Facebook ad. Facebook will show your ad to people most likely to perform your desired action.

For the past couple of years now, advertisers have been able to create copy variations by language using Facebook’s language optimization feature.

While creating your ad, you could click the button to add languages… 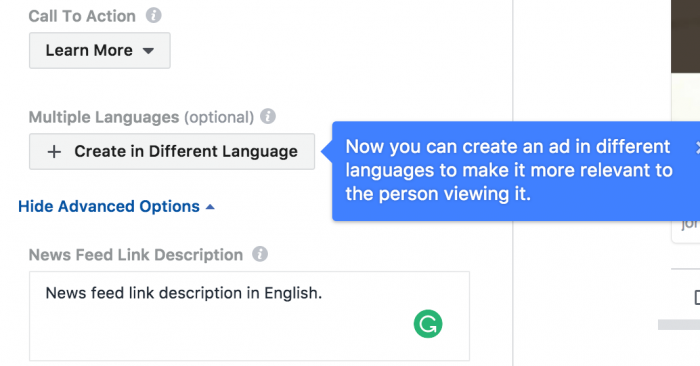 And then create text variations based on language… 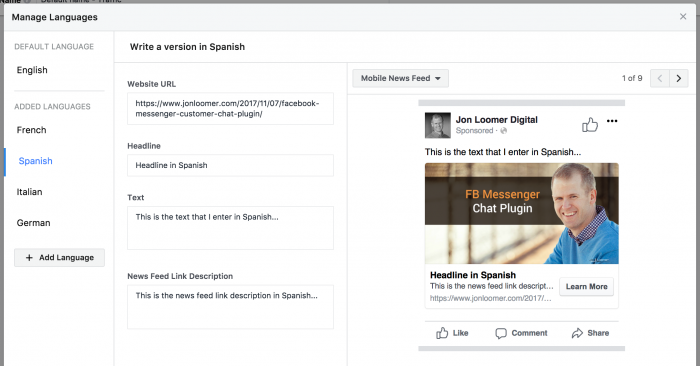 This was great since Facebook would then dynamically show the optimal version of the ad based on the language spoken by the person seeing your ad.

The problem, of course, is that you’d need to translate this manually. It made the process more difficult than it needed to be — and maybe not worthwhile.

Today, click on the button to “Add Languages” when creating your ad… 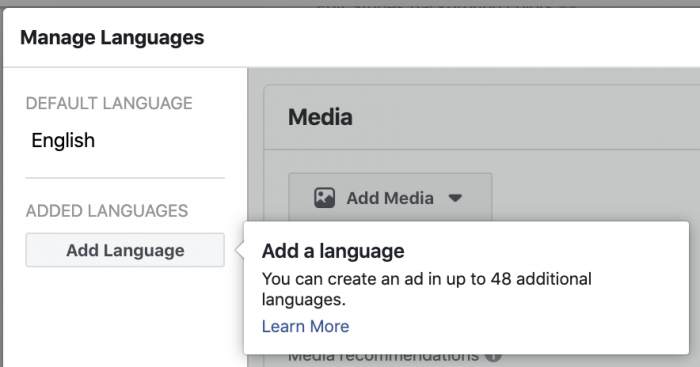 You can then select up to 48 different languages for translation. I’ll only add one in this case. I’ll choose Spanish.

If you want, you can add a special image, video, or slideshow just for your Spanish speaking audience. 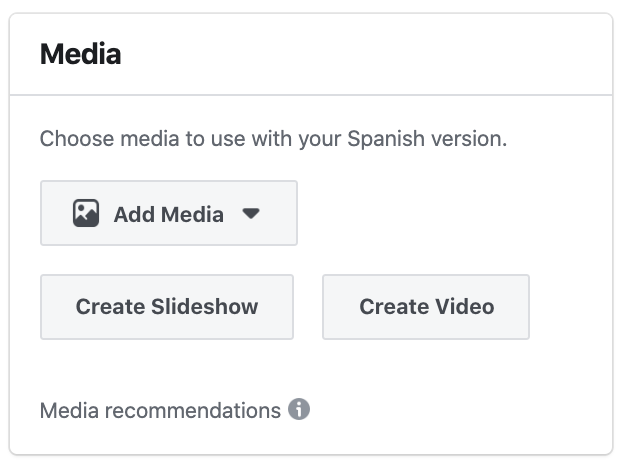 This creative wouldn’t be automatically translated, of course.

You now have the option of either manually entering your translation or having Facebook automatically translate it for you by clicking the “Translate” button. 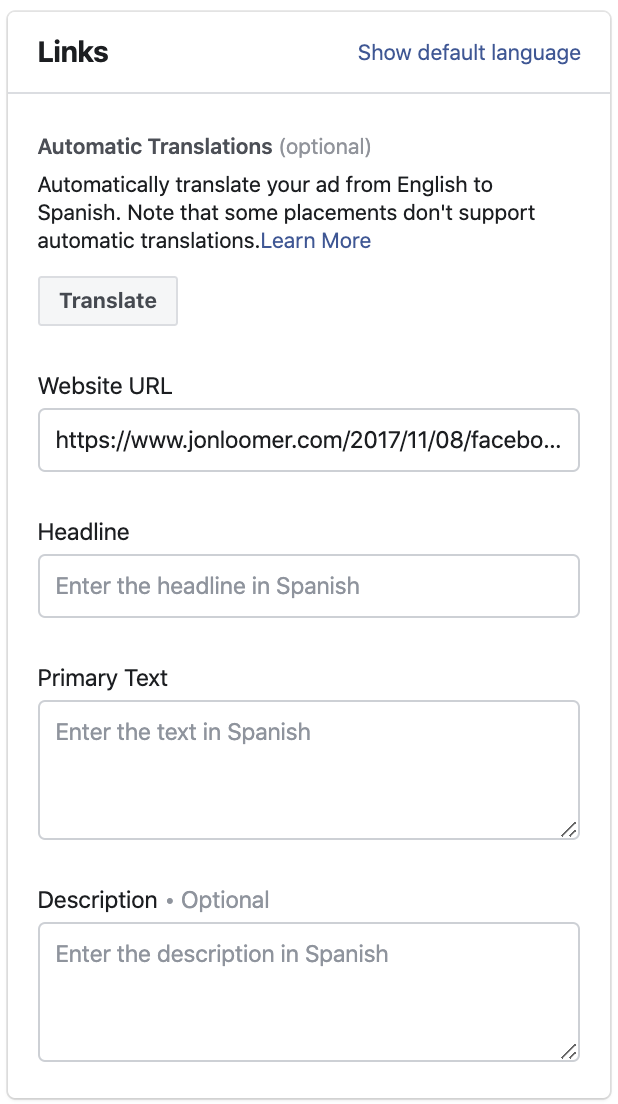 The automatically translated text will appear in green. Below it, Facebook displays the original text displayed in your “default” language. 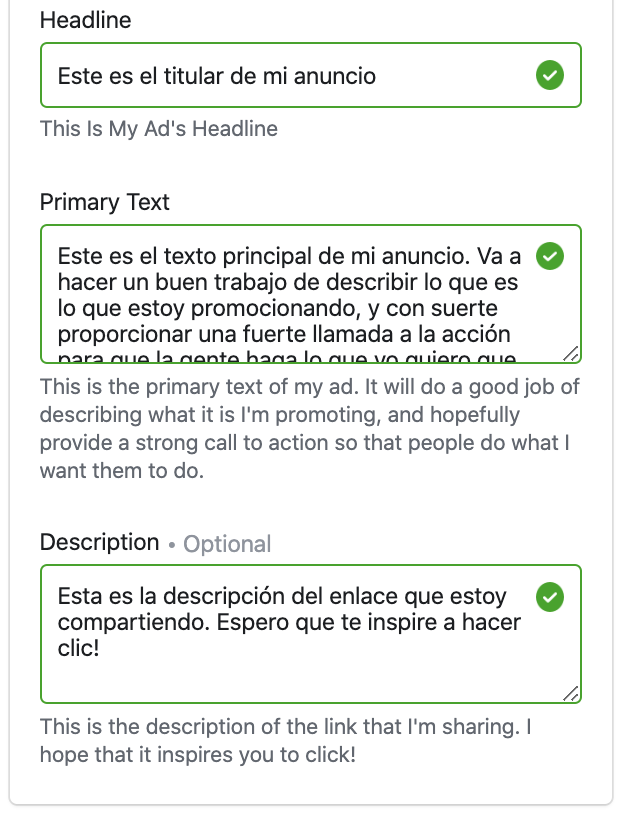 You can edit portions of that text if you’d like. Or you can click to undo that translation and start over.

The Dangers of Translation

The primary inherent danger of translating your ads, of course, is that your targeted audience will then feel more comfortable commenting in their native language. They may even send you private messages in that language.

At that point, do you have anyone on staff who speaks that language? If not, you’ll have a couple of options. Either gut it out with some online translation services or politely explain that you aren’t fluent in their language and try to answer them in your own language.

Facebook actually will offer a translated version of the comment to you. I’ve actually had some fun using Google Translate to send my response. I’ve found that people tend to appreciate that!

Another question is the accuracy of Facebook’s translation. You may want to avoid slang and keep your copy simple to make it as easy for the translation to work as possible. While I wouldn’t expect it to be perfect, is it good enough so that your target audience understands what you’re trying to say?

Once again, your audience may appreciate your attempt to communicate with them in their language more than they’d care about criticizing you for getting it wrong. I’ve found that my international audience appreciates the little things like displaying times in their time zone. It shows that you are making them a priority.

At minimum, this is something worth testing!

Have you started experimenting with Facebook’s automatic translation feature yet? How accurate have you found it to be, and has it made an impact on the success of your ads?