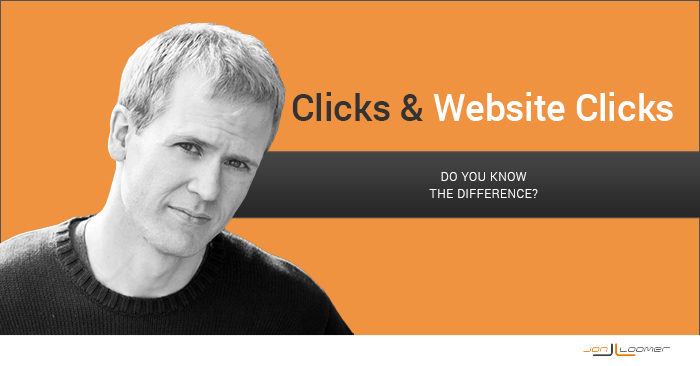 An example I run into regularly is “Clicks.” Advertisers will follow it along with CTR (Click-Through Rate) and CPC (Cost Per ClickFacebook reports on CPC (All) and CPC (Link Click). The first refers to all clicks and the second on all internal and outbound links.) thinking that they are tracking the clicks to their website.

They are usually wrong.

Here’s an example of a question I received recently from Ayush Agrawal:

Hi Jon, hope you are well. I’m noticing a huge difference in the numbers that reflect on Facebook Ads manager dashboard & Facebook Ads report. Are you also experiencing the same?

After I asked Ayush for details, he went on to explain…

Basically (an example) in Ads Manager Dashboard a ad shows 1800 clicks but when I check the Facebook Ads report there are about 2010 clicks for the same ad. The spent number in both the cases are the same. Not sure if I’m only facing this issue. I have seen this happening recently with all my ads (the click numbers dont match). I have also emailed multiple teams in Facebook but no one has bothered replying. So I thought I might ask you!

I suspected the problem wasn’t a misreporting by Facebook, but that Ayush was looking at two different numbers he thought were the same but were not. I suspected correctly.

You can read the entire conversation here:

Within the Ads Manager, Facebook will provide some basic results based on how you’ve optimized your campaignThe campaign is the foundation of your Facebook ad. This is where you'll set an advertising objective, which defines what you want your ad to achieve.. The typical report will give you results for “Clicks” and “Click-Through Rate” like this: 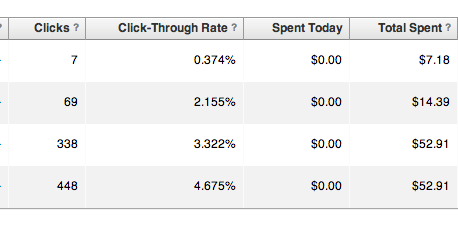 Understand that the number reported here is the “Total number of clicks the ad received.” If you shared a link, that does include clicks on that link. But it also includes things like:

And there are many more. If you’re tracking the success of an ad that is driving traffic to your website by focusing on Clicks, CTR and CPC (thinking they are focused on website clicks), you are over reporting your success. 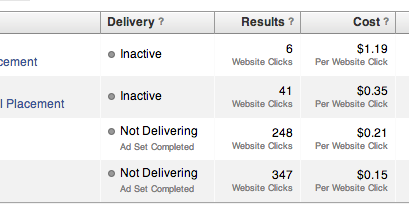 But if you optimize for something else (like post engagement), Facebook will not give you these numbers in the main Ads Manager report. This is the main source of confusion.

Of course, you should be using Facebook’s Ad Reports. Do the following…

1) Create a Filter: I created a filter for Campaign Name Contains “Facebook Ad Website Clicks” since the name of the campaign I want to follow has those words in the title. 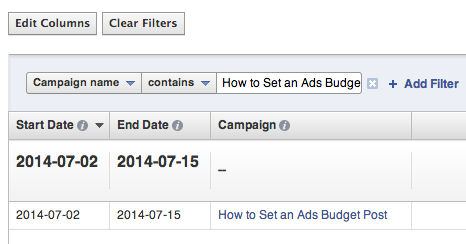 2) Edit Columns: Make sure to select the “Clicks” checkbox within the Clicks group (confusing, I know). Then check “Website Clicks” within the Actions group. 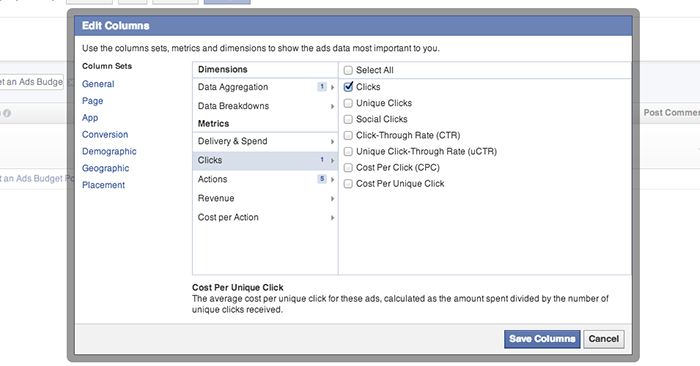 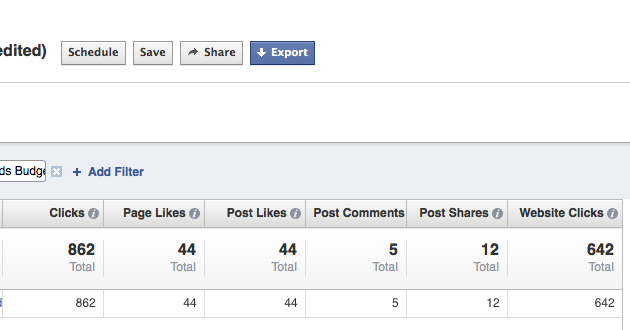 In other words, there are a lot of invisible clicks that are happening that contribute to total Clicks!

When reporting the results of your ad meant to drive traffic to your website, this is a great example of why you shouldn’t focus on metrics like Clicks, CPC and CTR. You aren’t providing a very clear picture of the actual traffic you are driving.

Clicks: Includes many other clicks that aren’t website clicks (particularly if your ad was in the News Feed).

CTR: Reports the percentage of Total Clicks vs. Total Impressions. Again, many other clicks included in this metric. 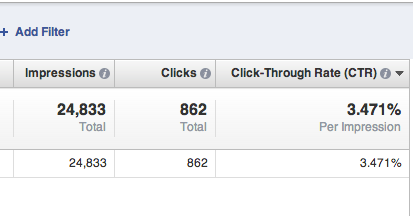 That doesn’t mean these metrics are completely worthless. But you should provide an accurate picture when your objectiveThe campaign objective is the ultimate goal for your Facebook ad. Your selection will impact options, including optimization and delivery. is to drive website traffic. Instead, focus on the following:

If these don’t come up in your main Ads Manager report, make sure to create a custom ads report to select those metrics.

Did you know the difference between Clicks and Website Clicks? What other metrics are often misunderstood?