Want a quick way to split test different audiences with your Facebook ads? A new feature will help you.

Note that this is different from Facebook’s primary built-in split testing feature. With that feature, you would set up a split test with a new campaign based on creative, delivery optimizationHow you optimize impacts who sees your Facebook ad. Facebook will show your ad to people most likely to perform your desired action. More, audience, or placement. 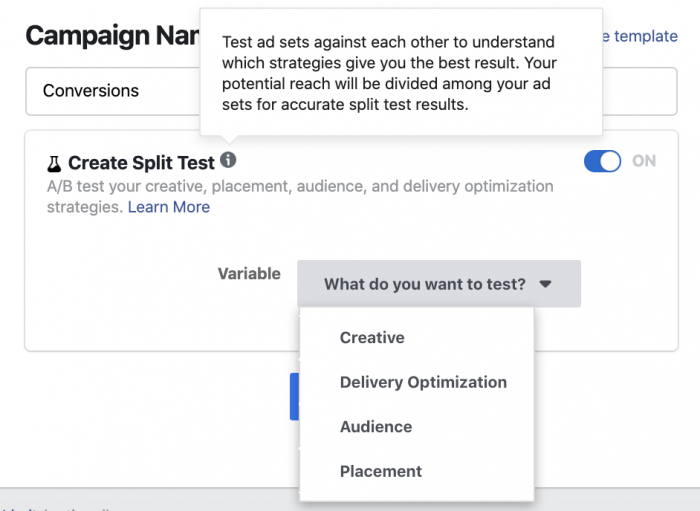 This new split testingSplit testing (or A/B testing) allows you to test changes in Facebook variables like ad creative, audience, or placement to determine which approach performs best. More option is related only to actively running ad setsAn ad set is a Facebook ads grouping where settings like targeting, scheduling, optimization, and placement are determined. More. Let’s take a closer look…

When You’d Use This

Unlike the primary built-in split testing feature where you’d plan a test from the start, this new option is for an actively running ad set.

In other words, an ad set is running and you decide at that point that you want to try something else. For example, the ad set is running fine and you don’t want to edit or stop it. But you’re curious how a variation of the targeting would perform.

Create a Split Test by Duplicating

Select the ad set that you want to split test and click the “Duplicate” button. 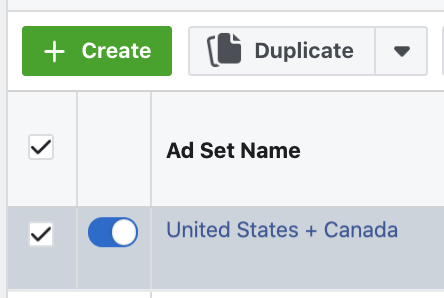 You should then see an option to create a new split test. 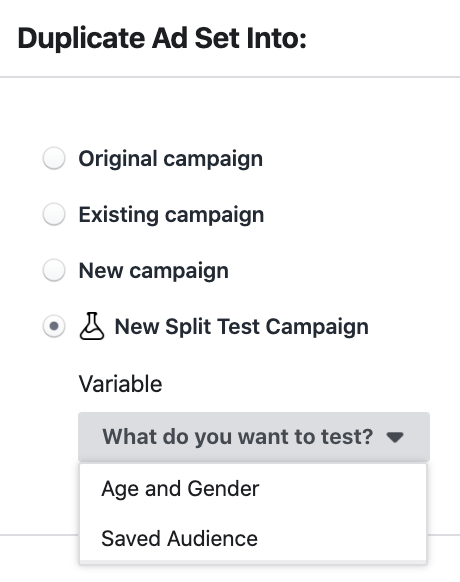 The only options for me are Age and Gender or Saved AudienceA saved audience allows a Facebook advertiser to save often-used targeting settings to easily use later. More. Until recently I only had Age and Gender.

Note that within the Help Center, Facebook indicates that you can create a split test by duplicating an ad set using the following variables:

That would more closely align this method with the built-in split testing feature. You may have these options. I don’t at the moment.

After making your selection, click the “Continue to Test and Learn” button.

First, determine how your targeting will be different in Version B. 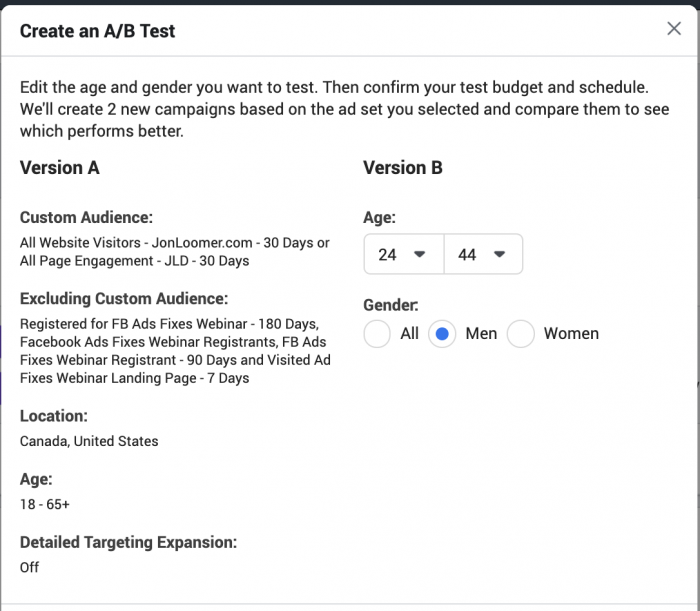 You will have the ability to edit the ad set name, schedule, and budgetA budget is an amount you're willing to spend on your Facebook campaigns or ad sets on a daily or lifetime basis. More. 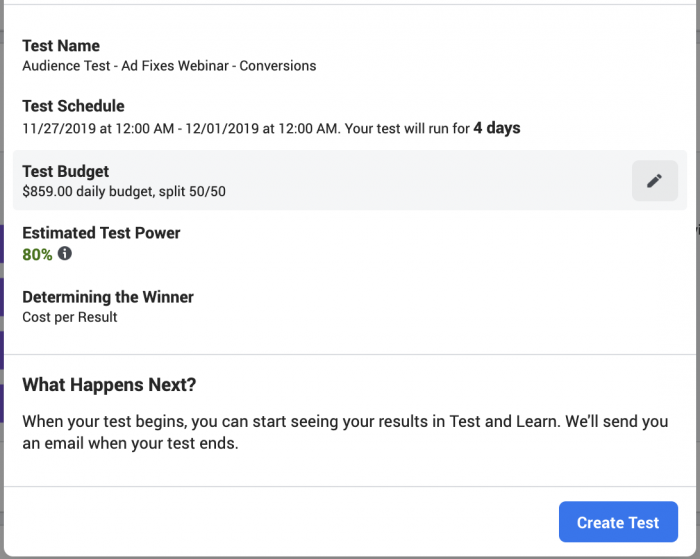 Facebook will provide an “Estimated Test Power,” which is the likelihood to detect a difference with your test.

You may want to increase budget to improve the test power. When you’re ready, click “Create Test.”

Facebook will then generate two new campaignsThe campaign is the foundation of your Facebook ad. This is where you'll set an advertising objective, which defines what you want your ad to achieve. More, one for each version…

There, you will see your test results under “Learn.”

In my case, Facebook found a winning campaign before the test completed. Click “View Report” for details.

While the results of the two campaigns were very similar, Facebook found a winner anyway. The test reveals that there would be a 66% chance of getting the same results if tested again. 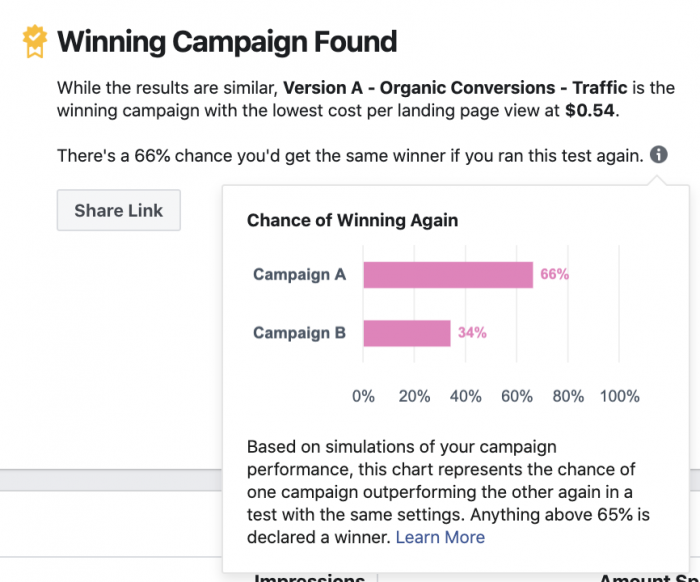 First, know that these two new campaigns that are created will run in addition to your active ad set. You may want to pause your original ad set in the meantime to prevent unnecessary overlap.

Second, the budget will default to half of what was remaining in the existing ad set’s budget. As mentioned earlier, you can edit that during the duplication process.

You can increase volume either by extending the length of the campaign or increasing the daily budget.

You can also start a split test by editing an ad set. While this opens up more split testing flexibility than the duplication option, many restrictions apply.

Have you experimented with this split testing feature? What kind of results are you seeing?