Today, Facebook announced an update to Facebook page organic reach reporting that will result in numbers that will be up to 20-percent lower than what is normally reported.

Before you freak out, let’s be clear: Nothing is really changing.

Reach counts will now be based on viewable impressions. On Pages, we’ve historically defined reach as a person refreshing their News Feed and the post being placed in their feed. For paid ads reports, we’ve moved to a stricter definition that only counts reach once the post enters the person’s screen (“viewable impressions”).

First, this change hasn’t been implemented yet. It goes into effect on Monday, February 12.

Second, advertisers may be confused by this change since this is already the way that paid reach is recorded for ad reporting. The difference in standards for organic and paid reach is odd — so, it’s a good thing that this is changing to make them consistent.

What does this mean? It means that nothing actually changes. The way Facebook reports organic reach will change. You should expect those numbers to drop. But the number of people who actually see and engage with your content should not change.

Of course, it’s likely that most page admins won’t be aware of this update, and they’ll be startled by the drop in reported organic reach. And since so many marketers obsess over this metric, it’s imperative that Facebook make this change very clear.

For the next few months, Facebook will be providing both metrics (“previous organic reach” and “new organic reach”) to help with the transition. 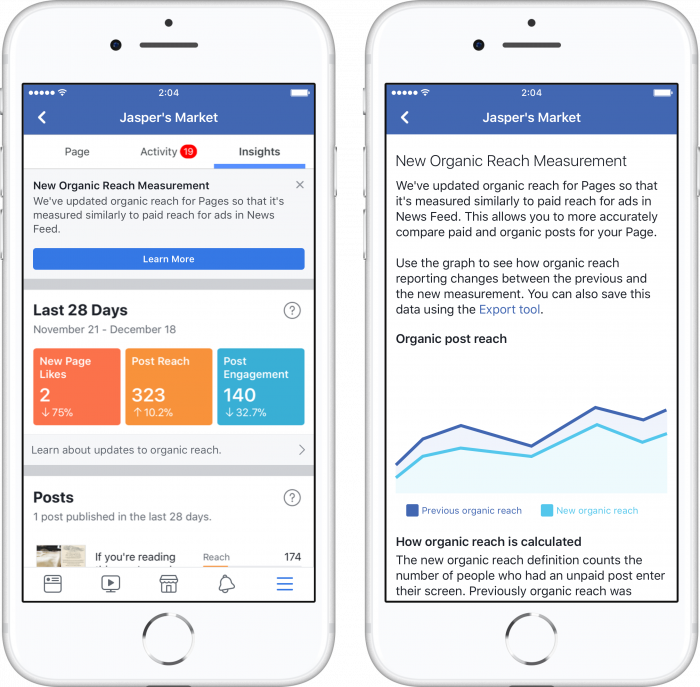 The Problem with Organic Reach

Organic reach has always been my least favorite topic and the typical marketer’s favorite gripe. This latest update highlights my issue with it.

Actions are easy to confirm. Facebook says 10 people commented on a post? I can count that. There were 20 purchases? I’ll check my records (though there are some holes here). Clicks and landing page viewsLanding Page View is a Facebook ads metric that represents when people land on your destination URL after clicking a link in your ad., while your records won’t match up 100%, can at least be checked against some verifiable form of reality.

But reach? You have to take Facebook’s word for it. And how they define it can significantly change how it’s reported.

For example, you can reach a single user both organically and with an ad. But as soon as that person is reached with the paid version of the post, the organic reach is no longer counted. The result is a deflated perception of organic reach.

And we’re dealing with the other example now. Do you reach a user when their news feed loads your post or when that post is actually within view? And does the post need to be partially in view or fully in view?

These numbers can easily be manipulated to alter perception. And it’s close to impossible for a page admin to confirm accuracy.

That’s why I don’t care about reach. Yes, I know, reach matters. If you don’t reach anyone, no one can engage with your content. But this extreme example misses the point.

Today’s announcement also includes an update to the Facebook page insights within the mobile app. 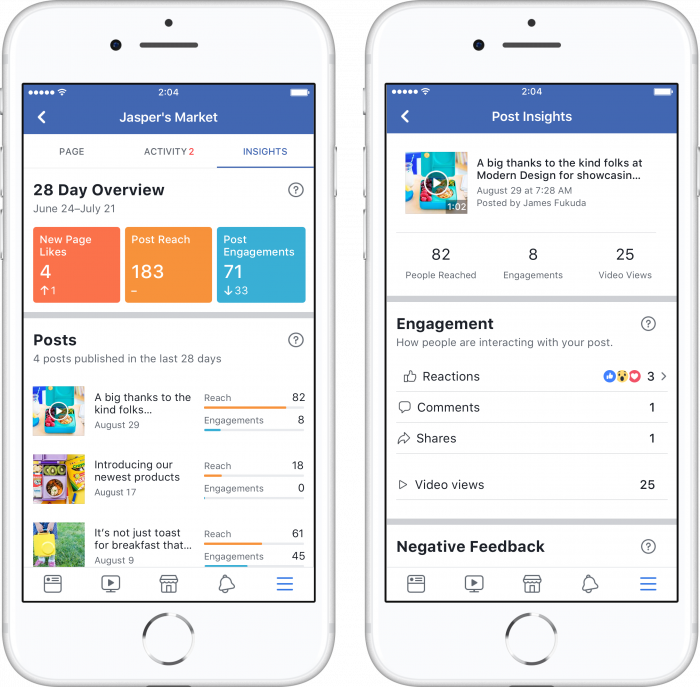 Insights will be redesigned to surface some of the most important information at the top on the mobile app.

What are your thoughts on this latest update to reach reporting?