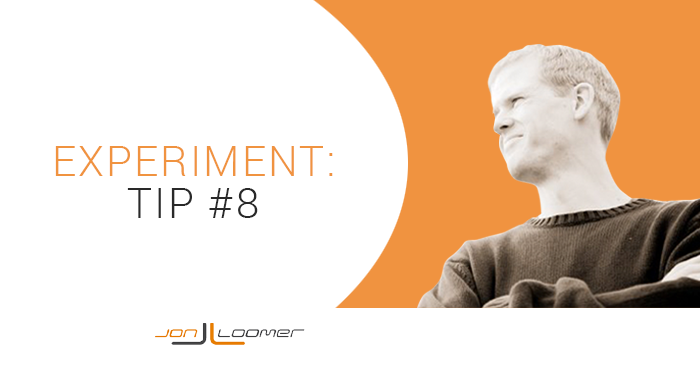 I’m a big believer in Facebook’s auto-optimization. Give Facebook an objective, and let them bid accordingly to reach the right people in the right places to get that objective.

That applies to placement, too. I usually will create one ad set for all placements and allow Facebook to distribute impressions how they see fit — not necessarily evenly between desktop news feed, mobile and right column.

However, that’s not always the best approach. I found that for my experiment in particular, where I chose to create a different ad set for each placement.

Optimization and Viewing Performance by Placement

Let’s say that you are looking to spend $10 per day to get clicks on your link. You are targeting a broad group of people (we’ll say at least 50,000), so your primary goal isn’t to reach everyone but to get as many of those link clicks as you can.

In this case, you should optimize for Clicks to Website. And given your low budget (you’ll never get close to reaching all 50,000 of those people with $10 per day), there’s no good reason to water down your results by splitting it up into three different ad sets.

Many (maybe most?) advertisers don’t realize this, but if you create one ad set for all placements, you can still view performance by placement within your custom ad reports.

When I created this campaign, I created two ad sets — one for fans and one for website visitors. In each ad set, I wanted to reach both the mobile and desktop news feed (no right column).

When you do it this way, Facebook will spend your money how they see fit by placement. They will not distribute your ads equally between placements. The priority will be effectiveness.

In this example, performance between desktop and mobile news feed is actually quite similar…

As a result, distribution was also quite similar. But that won’t always be the case.

My Experiment: Ad Sets by Placement

You’ll recall in the last tip I talked about bidding strategies and that I had been using CPM and was going to experiment with Daily Unique Reach. That approach worked so well that I switched all of Tips ad sets to Daily Unique Reach.

Quick reminder of what Daily Unique Reach is. When you select this bidding option, Facebook will show your ad up to one time per day (by ad set). This is great for helping make sure your frequency doesn’t get too high, and it also helps make sure you reach as many people within your target audience as possible (which was important in my experiment).

Let’s assume, though, that I was only using one ad set. For the example of promoting Tip #8, that one ad set would target only those people who viewed Tip #7.

If I only used one ad set and used Daily Unique Reach, I know I wouldn’t reach people more than once in a day. Considering things get missed — particularly on the sidebar — that was something that I didn’t think would work.

But by creating three ad sets — one for each placement — and using Daily Unique Reach for all three, I was then able to reach each user UP TO three times per day (once per ad set), but no more.

That’s precisely what I did…

I even went back and changed all prior campaigns to consist of separate ad sets by placement and bidding using Daily Unique Reach.

This change was made midday on January 15 for promotion of Tip #7 and soon after for the other tips. Early on when this tip was initially published, there wasn’t much to report. My initial plan was to only use Daily Unique Reach for desktop news feed and mobile, and left the right column on CPM. As a result, the changes were minimal.

Tip #4 started running on January 10. Before making the change to Daily Unique Reach, that campaign reached 1,055 people a total of 10,878 times for an average frequency of 10.31.

When I promoted Tip #7 for approximately the same amount of time but with Daily Unique Reach for desktop news feed and mobile, that campaign reached 760 people a total of 6,266 times for an average frequency of 8.24 (reach is always less for each new tip).

On the surface, that difference may not seem like much, and that’s actually true. When promoting Tip #7 using Daily Unique Reach, I was getting an average frequency of 1.52 on mobile, 1.14 on desktop news feed and 9.06 on right column (which had been using CPM). When promoting Tip #4 using CPM only, I was getting a frequency of 1.85 for mobile, 1.60 for desktop news feed and 12.86 for right column.

It was clear much of my frequency was spent on people who simply didn’t click the link within the first few days, so I needed to show it day after day — particularly within desktop news feed and mobile.

Note that for the promotion of all old tips in my experiment, I moved to Daily Unique Reach across the board. However, those weren’t initially a good comparison here since results change significantly after the first few days they run (after which time the most active people who click will be excluded).

While this isn’t a perfect science, let’s look at the average frequency of Tip #4 by day, from the first day it ran (January 10) through January 18.

Recall that I implemented Daily Unique Reach on the 15th, though I believe it was very late in the day for everything other than Tip #7. Not sure how to explain the 3.90 frequency on 1/16 as you’d assume that would be under 3.00.

Note that the number reached should drop naturally, with or without Daily Unique Reach because I excluded people from targeting as soon as they clicked the link — and the most engaged would do so during those first couple of days.

While this tip seems focused on Daily Unique Reach, creating separate ad sets was important to making it work. This allowed me to limit frequency while still reaching people more than once — and not wasting that single impression on the right column.

After this tip, I began use Daily Unique Reach for the promotion of these tips from the start across all ad sets — desktop news feed, mobile and right column. The result was a significantly reduced frequency and waste while still doing as much as possible to reach people.

Should You Use Separate Ad Sets by Placement?

My experiment shows an example of how this was used, but I’m not convinced that creating separate ad sets by placement always makes sense.

The main two times I’d consider this would be: