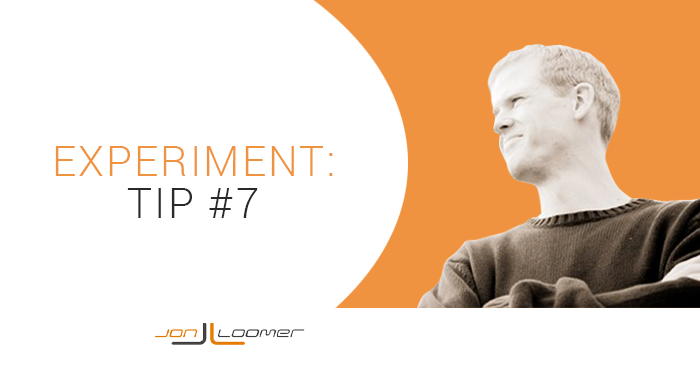 Something that many Facebook advertisers disagree on is bidding strategy. This is okay because in most cases there is no clear “right” or “wrong.” You use whatever works best for you.

In this tip, I’m going to help you understand what the various bidding strategies are, when you might use them and how I used bidding for my experiment.

When this is selected, Facebook will show your ad to select people within your chosen audience who are most likely to perform that action.

By default, you do not set a bid. You pay for impressions to people most likely to perform your desired action, and Facebook will bid whatever is necessary to reach them. As a result, CPM tends to be highest when using this, but that’s usually also as a result of a higher action rate.

I’ve found that this method is most effective in almost all cases — particularly when targeting a larger audience. However, keep in mind that Facebook is selective about the people your ad is shown to within your audience, so if you desire to reach everyone targeted this is not the ideal bidding method.

Optimized for Impressions (CPM): Also known as Cost Per 1,000 Impressions. When this is selected, Facebook will show your ad to people within your target audience as many times as possible.

You will need to set a bid for the limit you are willing to pay to reach 1,000 people within that audience.

When this option is selected, Facebook no longer optimizes for a specific action. They are looking to show your ad to as many people as many times as they can within your budget.

As a result, I suggest that this be used when you know you have a highly refined audience — when you have a high confidence level that anyone reached with your ad will be likely to perform your desired action.

In other words, this tends to be best for small audiences, not broad ones. It can also be used for awareness, rather than wanting targeted users to perform an action.

Optimized for Clicks (CPC): Also known as Cost Per Click. When this is selected, Facebook will show your ad to people within your target audience most likely to click.

In this case, you will pay for the click rather than the impression.

You can either have Facebook “get more clicks at the best price” (Facebook will automatically bid what is necessary to reach people likely to click) or set a manual bid. When setting a manual bid, you will tell Facebook the maximum you are willing to spend per click on your ad.

If you want a very specific action, however, you’re usually better off optimizing for that action.

Optimized for Daily Unique Reach: This method is similar to CPM, but with a twist. Facebook will show your ad to as many people within your target audience as possible, but no more than once in a day.

When using Daily Unique Reach, you will need to tell Facebook what reaching 1,000 people is worth to you. Approach this similarly to how you’d approach CPM, though you may want to bid a bit higher.

Similar to CPM, this is a method to consider when targeting small, very relevant groups, where you know that anyone who sees the ad is likely to engage. This method should be used, though, if frequency is a concern.

My Experiment: The First Ad

The bidding methods I used in my experiment differed whether it was my first ad (the invitation to participate) or an ad promoting one of my tips.

I initially targeted three main groups, though I eventually focused on the first two:

In each case, we’re looking at an audience of at least 50,000 people (in the case of the lookalikes, more than a million). As a result, I did not have high confidence that anyone within the Lookalikes audience who saw the ad would want to click and participate — particularly for the long-term.

I used the “Clicks to Website” campaign objective and I had Facebook automatically optimize to show my ads to people within my target audiences who were most likely to click my link.

My Experiment: The Tips

While reaching everyone in my target audience wasn’t desired for the first ad, that was not the case for the individual tips. I wanted to reach as many of the people who were participating as possible.

Note that the tips were targeted at people who read the preceding tip (or in the case of Tip #1, clicked the first ad). As a result, my audiences were very small — typically anywhere from 1,000 to 4,000 people (closer to 1,000 for most of the tips after Tip #2). I didn’t want Facebook to optimize in this case. I wanted the ads to be shown to everyone in the target audience (if possible!).

As a result, I initially optimized for impressions (CPM). Of course, I also needed to bid high enough so that I outbid my competition since every user was important.

I had ad sets for each placement (more on that in a separate tip), and following were my bids:

In each case, this was well over the suggested bid range.

Keep in mind, of course, that I was not spending these amounts overall per 1,000 people I was reaching. These were just my maximum bids. Up through promotion of Tip #6, following were the CPMs I was paying to promote the tips of my experiment:

Note that up until that point I was also using CPM. From Tip #7 going forward, I changed my bidding method…

Midway through my experiment I decided to experiment with Daily Unique Reach. The reason for that is that frequency tended to be high overall since I was showing many different ads to people over a short period of time. This particularly impacted the sidebar.

Beginning with promotion of this tip, I started using Daily Unique Reach exclusively for three different ad sets (more on that in the next tip). This allowed me to reach people up to once per day per ad set. It still allowed me to reach as many people within my audience as possible (as was the case with CPM), but allowed me to drastically cut frequency and limit waste.