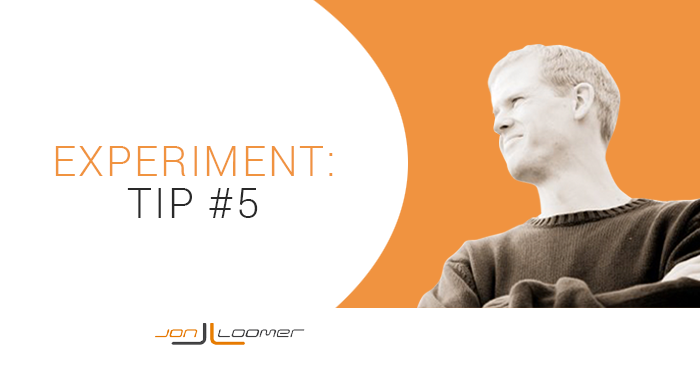 In Tip #4, you were introduced to exclusionary logic. While Website Custom Audiences are great for remarketing to people who have visited specific pages of your website, they also allow you to exclude people based on their activities, too.

We’ve broken down how you can use this for excluding people who bought a previous product, opted in to an offer or already read a blog post you are promoting. But we can take this a step further!

One of the ads I showed for my experiment looks something like this: 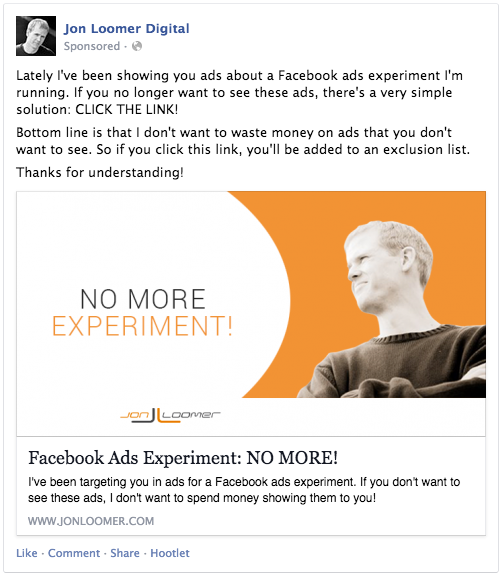 On the surface, this seems a bit insane. I spent money to show people an ad that asks them to remove themselves from targeting of future ads. But I did this for a number of reasons.

First, it allowed me to better focus my ad spend on people who wanted to see my ads. Granted, it didn’t do anything about those who just ignored me, but this made the other ads I ran more efficient.

Finally, it’s very likely that by taking this approach, I improved trust among my audience. By allowing for the opt-out, they knew that I respected their news feed. This may have helped the general perception of my ads in the future.

Note that while I didn’t run the opt-out campaign throughout the entire duration of the experiment, I did include the link to opt-out within each tip.

How the Opt-Out Worked

Someone could have opted out of my ads by visiting a specific page of my website. So I could then exclude anyone who visited that page in my ad targeting.

Of course, I understand that people are curious, so I knew that a single click opt-out was probably a bad idea. So I made it a two-step process.

When someone clicked on the opt-out ad, they were directed to a page that looked like this… 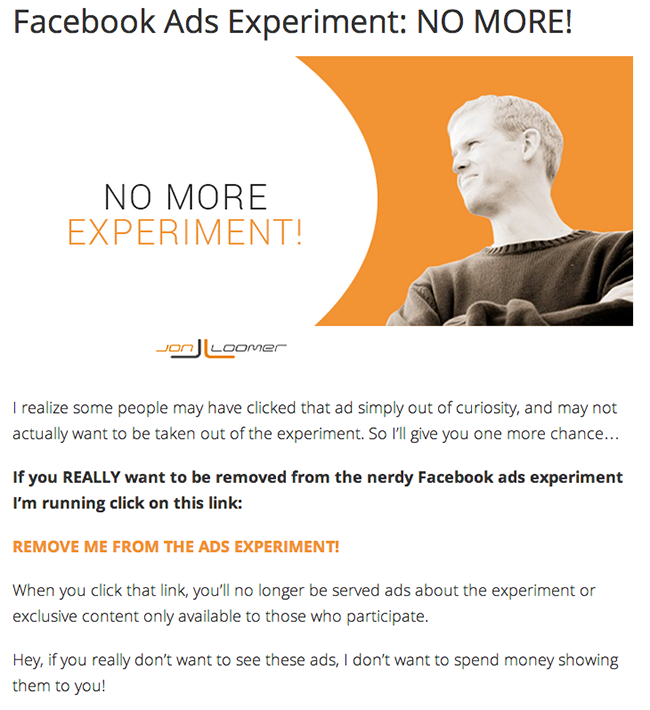 Here is what the final page said…

Okay, now you’ve done it! You will no longer see ads related to this experiment from me.

If you saw that page, you would no longer see the ads associated with my experiment.

To make this work, I created a Website Custom Audience for that final opt-out page with a 180 day duration. 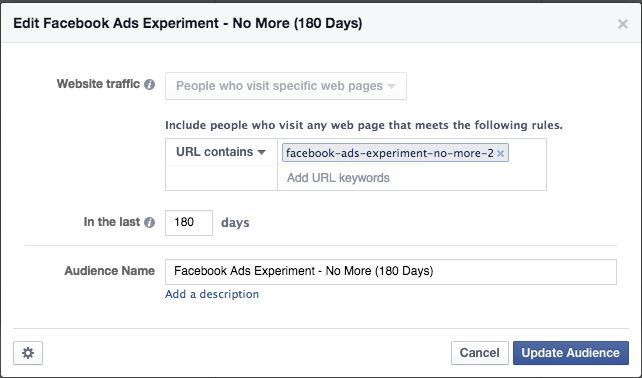 Then for all of the ads I created within my experiment, I made sure to exclude that WCA.

That way, my ads didn’t reach anyone who had viewed that opt-out page within the previous 180 days.

[NOTE: They still could have seen that content organically, which we’ll get to in a later tip!]

The Impact of the Opt-Out

There weren’t a ton of opt-outs. While there were more than 250 clicks on the initial ad, only about 100 followed through with the opt-out.

Of an initial pool of 1,880 people who had opted in for the experiment through Tip #4, 40 opted out (the other 30 opted out from the invitation, too). In other words, that’s about 2% of the initial audience that I would no longer target.

That may not seem like a huge deal — and really, it’s not — but that’s still 2% that I no longer had to spend my money on.

Granted, I was still spending money to get other people to opt out (for a while, at least), so it was probably a wash at best. But that doesn’t consider the long-tail impact of making sure I continue to target the right people in my experiment — and in the future.

By trimming this list, it became a far more efficient group to target — and one that I can use later.

The Weaknesses of the Opt-Out

There are certainly weaknesses in this, particularly when the ads receive a ton of engagement like those in my experiment.

Even if a person opted out, they may continue to see my ads organically when I or someone else interacted with them — particularly if they chose to interact with them previously. 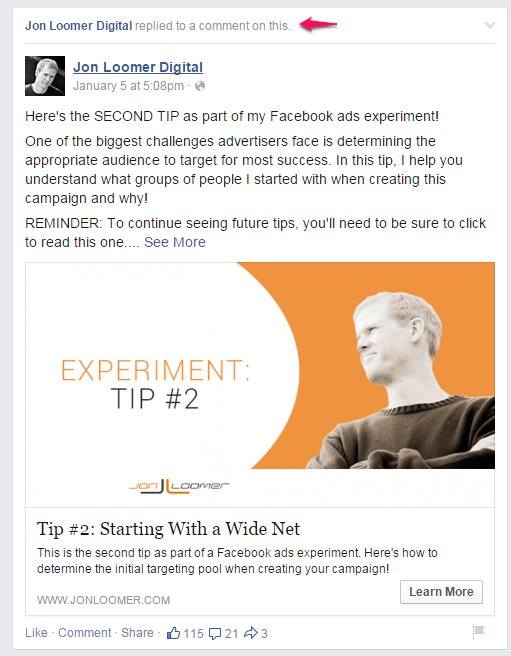 As you can see, there is no indication of this being “sponsored.” In fact, I received several reports of this from people — to the point where I believe it’s a new emphasis from Facebook to show more content in the news feed when users and pages comment on it. Even ads!

So even if you opted out, you still may have seen some of this content. I just wasn’t spending money to reach you with it anymore!