Facebook released an update to the “Nearby” feature within their mobile application, and it could be a Foursquare killer. The problem is that, unless you are a marketer on top of all things Facebook, you probably know nothing about it.

That may be by design. Maybe Facebook only wants its most loyal and observant users to test it out. And that actually makes some sense.

So I’ve given it a spin. Here’s what I know and how it could be much, much better. And if Facebook figures it out, this could be huge for brands and users alike.

Nearby is one of those features that only the most active users of the mobile app know about. I only know that it’s there because I’ve read about it and was therefore looking for it.

“Nearby” was there before, and it was completely worthless. Just a list of friends and what they’ve done nearby. Or I assume as much since I never used it.

But now it actually has value. Not only that, but it has the potential to be awesome. But it’s buried. 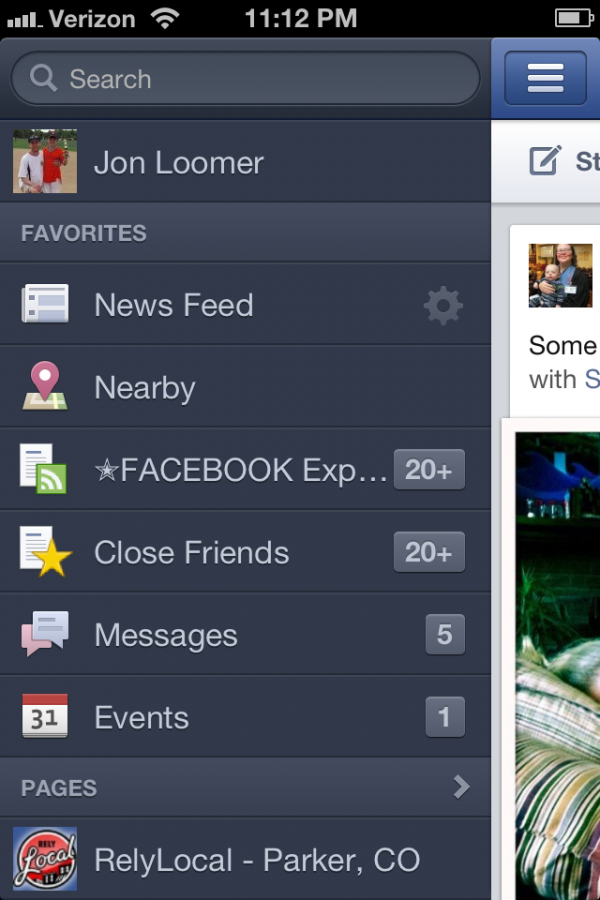 It’s there. Nothing prominent by any means. But make sure you click it. 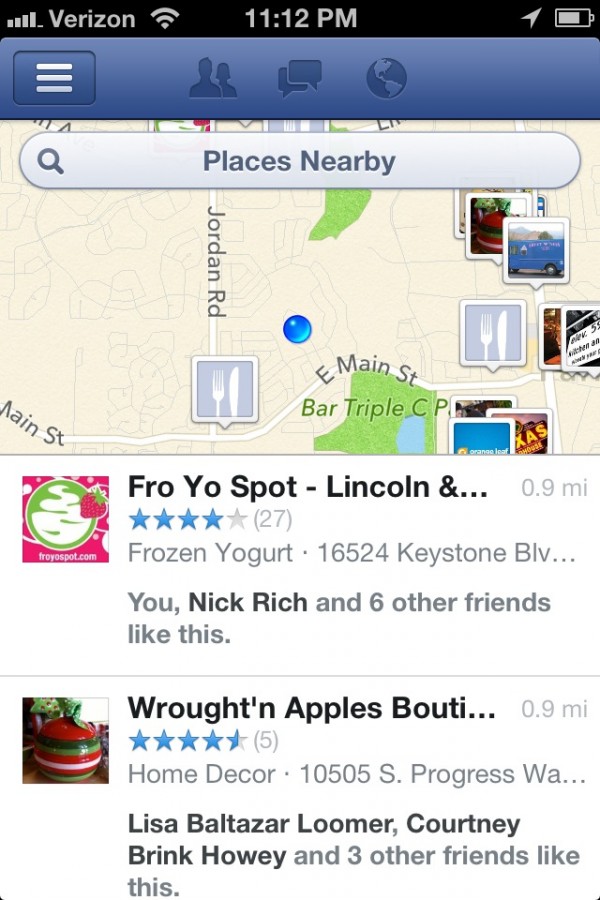 The businesses served to the top of the list will be determined by a combination of ratings, what your friends like and where your friends have been (or currently are).

Within the past few months, I’ve started noticing prompts within the desktop version of Facebook to rate businesses that I’ve visited. Now I’m seeing why.

When you click a business nearby, this is what you’ll see… 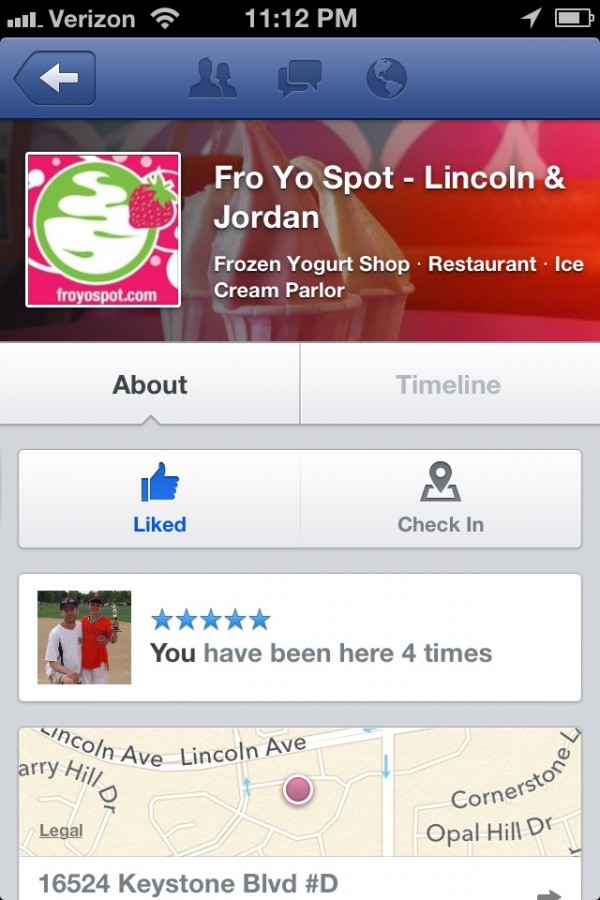 Here is everything, including the items you can’t see in this image:

Click the map and it will take over your screen to get a better sense of the businesses nearby. You can touch and drag to move the map as well. Each nearby business is represented by a profile image. 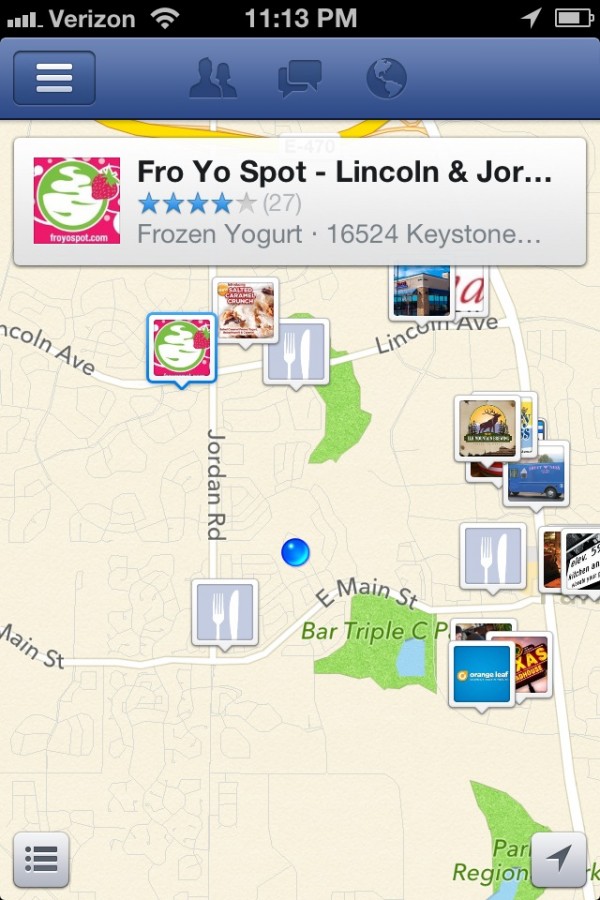 If you click Places Nearby at the top, you’ll be able to drill down by category… 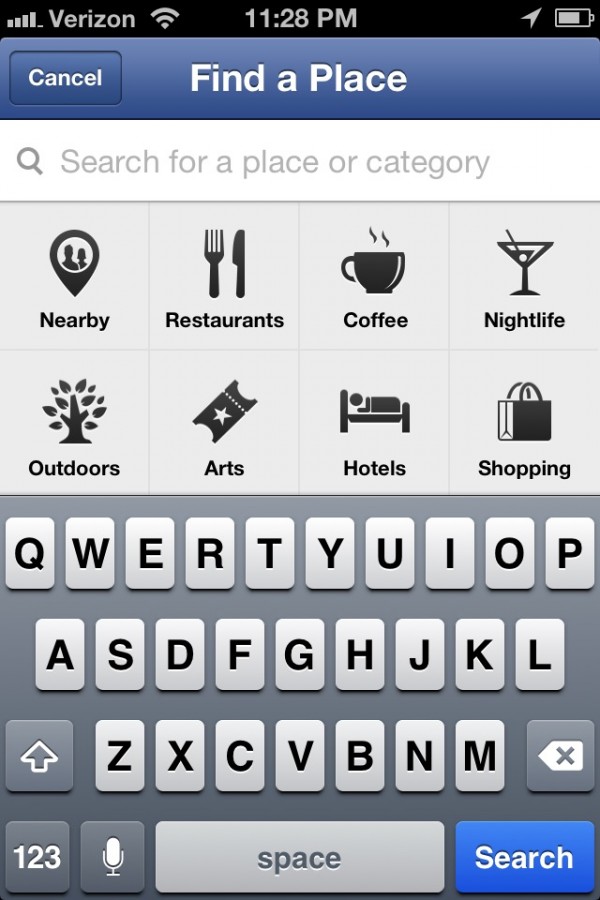 Let’s click on Restaurants. Then we can drill down even further by type of restaurant… 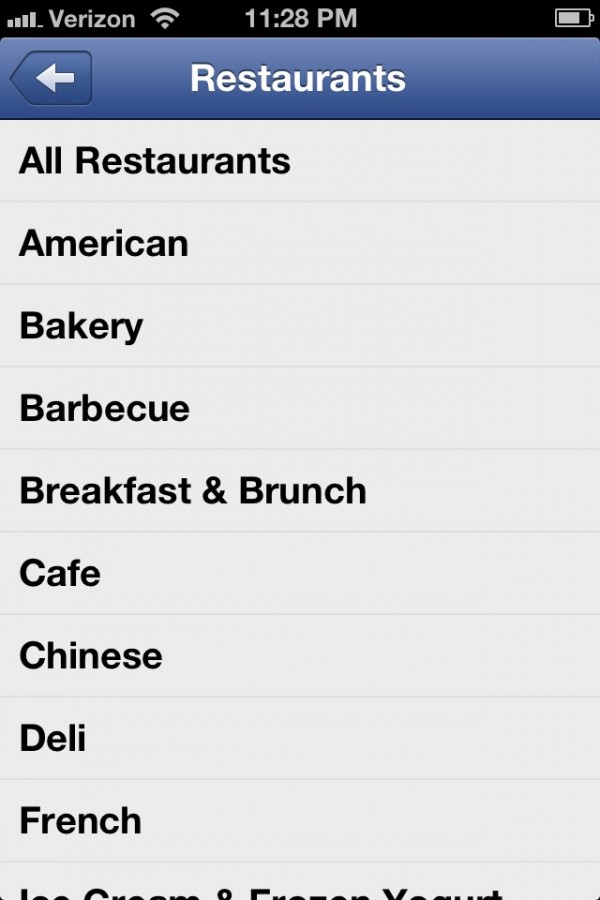 I want to find a pizza place. I know they are few and far between in Colorado, but I’ll try my luck anyway… 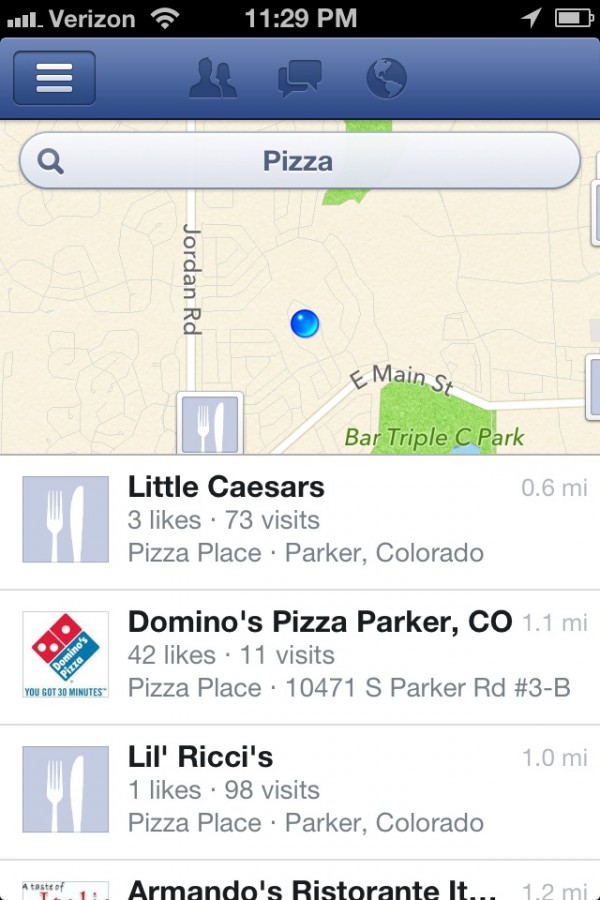 Yeah, just what I thought. Not much!

Look, this is Facebook’s true first stab at making Nearby into a Foursquare competitor, killer or cousin. And for that, I think it’s pretty awesome.

Once you get to it — which is the biggest struggle with Nearby — it’s useful. Ratings, friends who have been there, their recommendations are all there to help me figure out where I should go. It’s even surprisingly user friendly for a first effort.

What Brands Need to Do

First of all, just be aware that Nearby is there. Check out your listing and make sure it’s accurate and displays your brand the way you want it to.

But you’ll also need to make sure of the following:

How Nearby Could Be Awesome

Okay, so this could be infinitely better. I know Facebook realizes this. I’m sure they have plenty of updates already planned, but I’m going to jump the gun and act like they have no idea what they’re doing and that these ideas will change their world.

1. Make Nearby Prominent
I hate that it’s buried. Replace “Check In” with “Nearby.” To me, this is more useful. I’m somewhere, I want to see what’s nearby. And maybe, if where I’m at is surfaced, I’ll check in. But make checking in part of the Nearby interface — force users to go through Nearby to get there.

2. Integrate Offers
How awesome would this be for businesses? In addition to surfacing content most relevant to you in Nearby, surface the stuff that has Offers. And add a line under that listing indicating what that Offer is. Additionally, as soon as you check in to a place, remind the user that there is an Offer and ask if they want to use it.

3. Integrate Events
I’m nearby something. But what about the applicable Events? Same as with the Offers, add a line in the business description in the list of nearby businesses indicating that there is an Event going on now or today. And if you’ve RSVP’d to an Event — or if a friend has — it gets even greater prominence.

4. More Granularity
Great, I can search by pizza places and cafes. But those are restaurant classifications. What about individual types of foods that they serve? I want to find great waffles. Or egg rolls. How do I find them?

Nearby Could Be Huge

The problem right now is that no one knows about Nearby. However, Facebook can easily change that. They already have a ton of data that no one else has that makes it useful. Scores of checkins, ratings and recommendations. Can you imagine if they actually put forth some effort?

Foursquare is only as valuable as the number of close friends who use it. For me, it’s not nearly enough. But 95%+ of my friends are on Facebook. If 30% of them use Nearby, suddenly the feature is infinitely more useful than Foursquare.

Have you tried out Nearby yet? What do you think?