Klout, a third party service that measures social media “influence,” recently announced that it would tweak its algorithm. As a result, scores are tumbling. 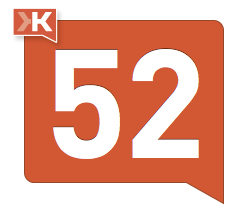 Social media geeks around the world screamed. And cried. And curled into a ball.

Now, I don’t even know what Klout did to its algorithm. I don’t even care. While I use it for a general gauge, I don’t use services like Klout to assure me whether I am “doing social media right.”

The general concept behind Klout isn’t a bad one. Try to measure which users are most influential so that you can determine whether you should follow them on Social Network X. But it’s not just for measuring the famous. It measures everyone.

It’s this type of measurement that has taken over Twitter like a disease. A vocal minority of its users are obsessed with peripheral measurements. In the beginning, they did all they could to get as many followers as they could. They followed and unfollowed. They auto-followed. They added everyone to lists. They did everything they could to make you think they sincerely cared so that you would follow them and pad that number.

Now it’s Klout. And it’s not just Klout. It’s all of the other countless rating sites that try to gauge how successful you are with social media. If the scores aren’t high enough, people try to find weaknesses in the algorithms so that they can exploit them.

If they are unable to manipulate their score, they complain. And scream. And curl into a ball.

It’s these scores that make people act crazy. We so desperately want to be liked. We want affirmation that we’re not only liked, but that a website confirms it. It’s pathetic.

It’s this obsession with scores that is ruining social media. Facebook, in its purest form, was all about relationships. Number of friends has never had much value. It’s rare that anyone is going out of their way to inflate those numbers.

But brands do it with Facebook pages. Scores of people do it on Twitter. And now, Google+.

I’ve been fascinated lately by the use of Shared Circles on Google+. People create Circles of influencers and share them with the world. Sounds harmless enough.

But it’s like Twitter Lists on steroids. Not only do you want to be in these shared circles, but you will automatically add everyone in them in an effort to be added back. Sure, there is some attempt there to find good content…

But don’t be fooled. The main driving factor behind Shared Circles is reciprocity. Raising the number of people who put you in their Circles. Wanting to be liked. Wanting the perception that you’re liked. Wanting validation that “you’re doing it right.”

To me, this type of behavior often comes down to the “gut test.” When Twitter started, the overwhelming sentiment was to follow everyone back. Trying to stay ahead of the curve, I obeyed. It felt dirty. And sleazy. And spammy. And insincere.

So when I read that “everyone who is anyone” is jumping on these Shared Circles on Google+, I decided to give it a whirl. I added a few. Immediately, the number of people who added me to their circles went up. The amount of noise in my feed drastically increased. And I realized I did not care about these people.

The result? I feel dirty. And sleazy. And spammy. And insincere.

The typical person doesn’t give a damn about their Klout score or number of followers or number of Facebook Likes. But those who do are paying attention to the wrong data.

Some of us do need to use social media professionally, I get that. And we need to measure if we’re using it successfully. But the true measure of whether you’re successful won’t show up in Klout’s algorithm.

It’s likely to gain traffic to your site. Or gain customers. Or raise money. Or increase awareness.

Klout can’t measure these things. Only you can. You are the only one who knows for sure whether “you’re doing it right.”