Mashable announced today that Facebook is rolling out changes to personal Timelines that would result in a single column format. This change has been rumored to be in a test for some time, but a rollout beginning in New Zealand appears to be in effect (though Facebook would not confirm it).

While this is only impacting personal Timelines for now, Facebook tends to apply a common format across personal and brand Timelines. So my immediate thought was about how this might impact brands.

Take a look at this image from Mashable: 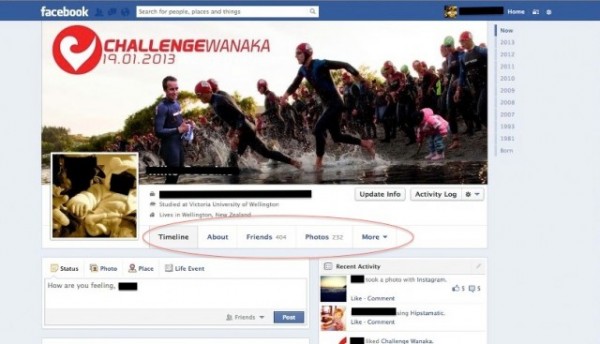 You’ll recall that in the old format for both personal and business Pages, there was a bar of four 111×74 pixel icons that represented apps. For brands, this is where we featured some custom content for contests, more about our product or services, and so on.

Watch this video for more of my thoughts…

If this goes away, brands would have to revisit how this space is utilized.

While my first thought was to how this impacts brands, my second was how it impacts businesses like ShortStack, whose core business is the creation of these apps.

This was Jim’s response:

If they do apply similar changes to Pages, I don’t think it’s really a big deal. The best practice (has always been) to promote apps is via the newsfeed or ads, so if apps have reduced prominence it won’t be that much of a shift.

I think users need to remember that the vast majority of interaction with fans happens via the newsfeed. Users don’t typically visit the actual Page that often unless you purposely drive traffic to it.

Jim makes a good point. Studies have shown that only 2% of Facebook fans go back to a Page after liking it. So, yes, the focus should always be on News Feed content, and that includes using that content to send people to these tabs. Design prominence should not matter.

That said, I contend that while fans may rarely come back after liking, it contributes to the initial acquisition. Since a high percentage of my likes comes from the Page itself, the presence of those tabs could help people make the decision whether or not to like.

Jim still doesn’t see it as that big of a deal:

I agree that it definitely wouldn’t help apps, but it wouldn’t be the end of the world. The biggest issue that we’ve seen was the switch to Timeline when default landing tabs were killed off. That was a big change. But admins soon realized that traffic to apps stayed pretty normal, even without the default landing traffic. What they didn’t realize is how many users were going to apps directly from status updates and direct links.

I would assume that any changes to business Pages will leave some sort of navigation to apps, especially since major brands and Facebook advertisers rely heavily on apps for additional Facebook functionality. Killing off any navigation to apps from the Page itself would have many big brands up in arms.

It’s true that the vast majority of traffic to tabs is through posts in the News Feed and ads driving users to them. So I completely agree with the suggestion that post-acquisition shouldn’t be impacted.

And overall, I think it’s too early to speculate. Facebook wants brands to succeed. As Jim says, Facebook knows the investment brands are making in these tabs. It is not in Facebook’s best interests to suddenly kill apps.

What do you think? Does this change your approach to your brand’s Facebook tabs?