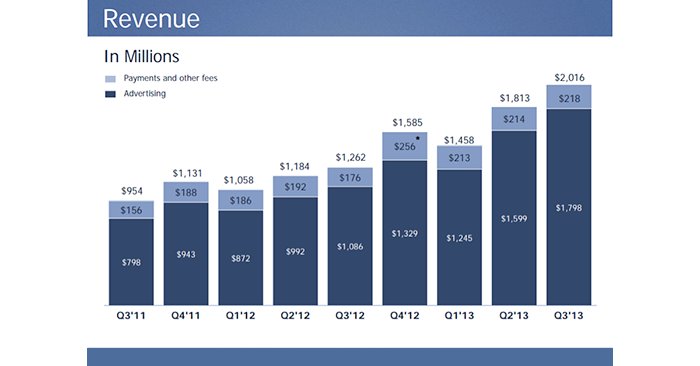 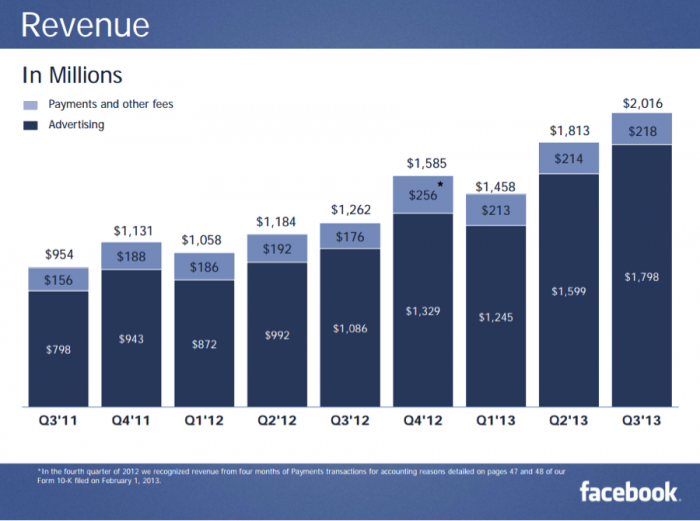 [The following is a guest post by Nathan Latka of Heyo.]

On October 30th, Facebook held its third quarter earnings call. Data sets gave insights into how consumers are using the platform that businesses can capitalize on as they think through ongoing Facebook contests, promotions and deals. Additionally, detail was given on revenue stream breakdownBreakdown is a way to get insights into your ad performance related to time, delivery, action, or dynamic creative element. and growth on the platform.

Below are 35 things every business should know from Facebook’s Q3 earnings call:

In Other Words: Mobile is Booming 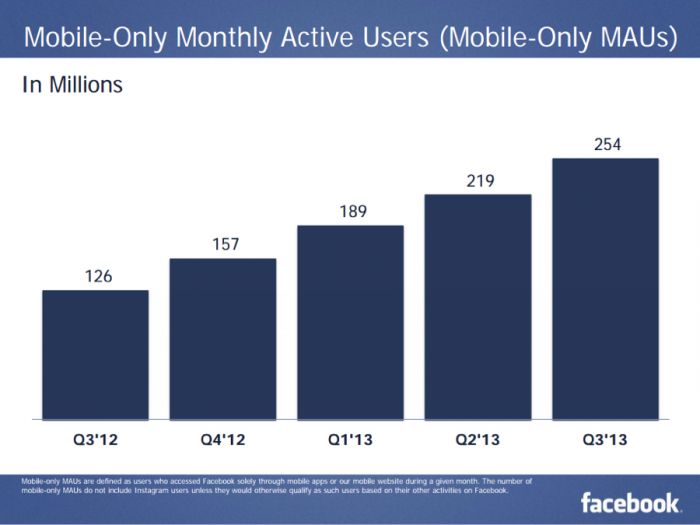 Many of the items in this list highlight the incredible growth Facebook is seeing on mobile devices. Make sure you are crafting your social marketing strategy with this trend in mind.

For example, when you promote a contest you’re running on your Facebook page through a link in a status update, make sure the link is a smart URL. This will ensure that anyone who clicks the link, be it on desktop or mobile, see’s the appropriate experience.

Another trend in this list is that content is king. Continue creating content on your Facebook page that is relevant to your ideal audience. As Facebook looks to connect the rest of the 5 billion people on earth, the ones likely to buy your product are more likely to find your page if you’ve done a good job catering content to your desired audience.

Targeted content will also pay dividends back to your brand as Facebook continues improving Graph Search and Post Search in its effort to build the knowledge economy.

Which one of these facts from Facebook’s earnings call surprised you the most? Tell me in the comments below!