[The following is a guest post from Jason Miller of Marketo.] 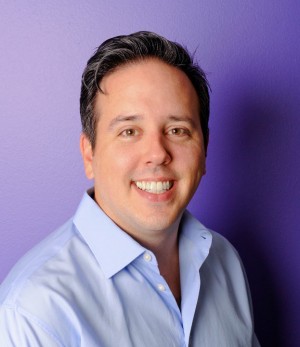 There’s a time and place for philosophy when it comes to marketing, but the world of social media has been focused on this for way too long.

Buzzwords and clichés such as engagement, transparency, authenticity and there’s no ROI to measure from social are giving us forward-thinking marketers a bad name. It’s time to move from a philosophical approach and get to some metrics that matter.

Philosophy cannot compete with the science of marketing.

I consider it to be a method that develops arguments based on reason rather than observation or experience. There certainly is a place for that type of thinking, but isn’t it time we moved on to actual tactics?

The social media “Socrates” is how I like to refer to the folks who are notorious for asking questions but not answering, claiming to lack wisdom concerning the subjects about which he questions others.

The golden age of social media teachings have exceeded their usefulness. It’s now time to enter the age of enlightened metrics and results.

The ROI of Social is No Longer a Mystery

There is no mystery around the ROI of social. We have truly arrived. The problem is that there are many more folks complaining about social ROI instead of actually doing something about it.

At the end of the day it’s all about tracking how social affects your buying cycle. Not only top of funnel, but also throughout the entire buying journey and even afterwards through cross-selling and upselling.

Social can play a major role in driving revenue and accelerating the buying cycle. But you must have the technology in place to measure it. That technology is marketing automation, and it’s powered by good content and a smart marketing team.

Automation is a Good Thing

Before you get on your soapbox about “there has to be a human involved,” let me reply with, of course there does.

I am not talking about automated social media responses; I am talking about integrating your social with a marketing automation platform. Doing so is essential when leads are coming in straight from the social-sphere.

These early stage top-of-funnel leads are almost never ready to buy, so it’s vital to have a nurture strategy in place to guide them through their journey to pipeline and finally revenue won.

If you are only dealing with a few leads at a time it’s not so bad. But if you want to scale, you are going to need some help. Setting up specific nurturing tracks for social leads will automate and personalize the delivery of the next piece of content based on their digital body language both inside and outside of social.

Social Media Does Work for B2B

It’s all about tracking.

B2B marketers who are tracking their social campaignsThe campaign is the foundation of your Facebook ad. This is where you'll set an advertising objective, which defines what you want your ad to achieve. by lead source have the option to see leads that originate from social and leads that are influenced by social. As customers and buyers begin to use social to research products and services, these channels are going to play an increasingly important role.

Not only could you find a lead who turns into pipeline and closed revenue directly from a social network, but you can also see which social channels and campaigns are accelerating your funnel, shortening the sales cycle and ultimately driving additional revenue.

By the way, during my time at Marketo I have found several instances of revenue won as direct results from Twitter, Facebook and Linkedin, so pay attention to all of them equally.

At the end of the day the social media doers who are in the trenches day in and day out are the ones who will rule the second half of this social media playbook.

So the next time someone says to you, “Yesterday is History, Tomorrow a Mystery, Today is a Gift, That’s why it’s called the Present;” you can tell them yesterday is behavior, tomorrow pipeline, today a new campaign and Marketing Automation is the present.