Hey, welcome back to my experiment! I served you a Facebook ad because you have viewed 21 or more pages of my website during the past 180 days.

Something that has bothered me a bit lately is how inconsistent Facebook has been on the audience size ranges that they provide for each of the website custom audiences that I’m using in this experiment. Let me explain.

When I started this experiment, Facebook wouldn’t report on any of the audience sizes initially. It took about a week, and then those sizes finally appeared.

Keep in mind that Facebook has switched to reporting on ranges when displaying custom audience sizes. So, I updated a spreadsheet that included the minimum range that Facebook gave.

I recently re-checked those sizes, and Facebook is reporting that each audience is now smaller than originally reported. Not by a ton, but by enough.

Now, the first question is whether the audiences actually did shrink. They should not have. My traffic over the past 180 days has been highest during the past month or two.

One potential explanation is related to iOS 14 opt-outs. It’s possible (though not that likely) that more opt-outs since the start of this experiment resulted in audience size drops.

But, that explanation would be easier to accept if Google Analytics reported more people than Facebook. But GA is showing less.

Of course, we shouldn’t necessarily expect these numbers to line up perfectly. But, if anything, I thought GA would be higher due to opt-outs not applying to those numbers. Instead, GA reports less in most cases, especially the smaller, more recent audiences I’ve used.

It makes sense why I might ultimately reach more people than Facebook projected were in an audience during a single-day snap-shot. While they may estimate 1,000 people in an audience, there will be new people going into that audience over the course of days or weeks. The actual number of people who pass through it may actually be several hundred more.

In the end, it’s more annoying than anything. You want to see these numbers line up. You want them to make sense. In some cases, there are logical explanations for disparities. In others, you want to see more consistency.

When it comes down to it, though, this is our life as marketers. These numbers never line up. We have to pick our battles. Is it really that important that the reported audience size is precise? It would be nice, but it doesn’t really change anything.

Verify where possible. Conversions, for example, are easier to validate. If Facebook is reporting a number of purchases that is larger than the total number regardless of source, you know that Facebook is wrong (or how you set it up is wrong).

If you’re curious how I used Google Analytics to verify these audience sizes, let me show you (it’s in the video at the top, too)…

From Audience Overview, make sure you select a date range that is consistent with what you used for the Facebook audience. Then click “Add Segment.” 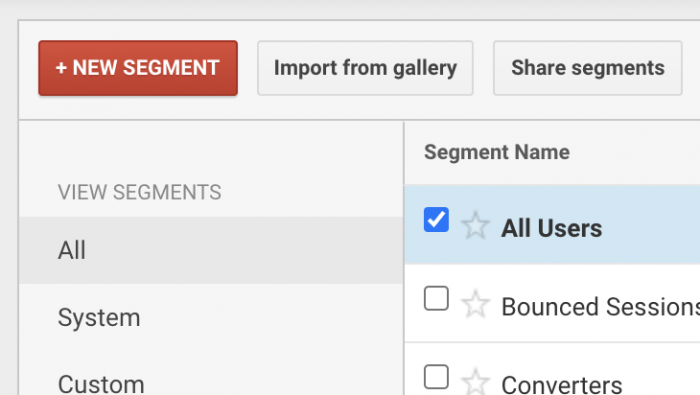 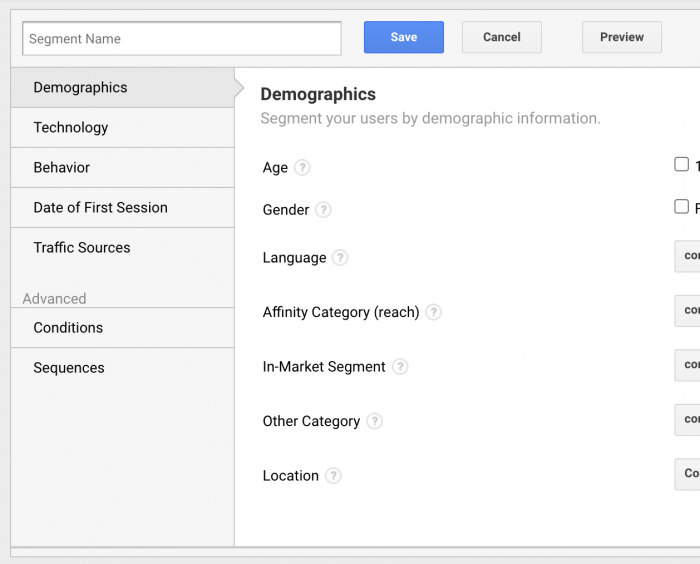 Filter users instead of sessions.

I used Pageviews instead of Unique Pageviews because I want to collect every time a user viewed a page — not the number of unique pages they viewed.

You will then get a number to the right. 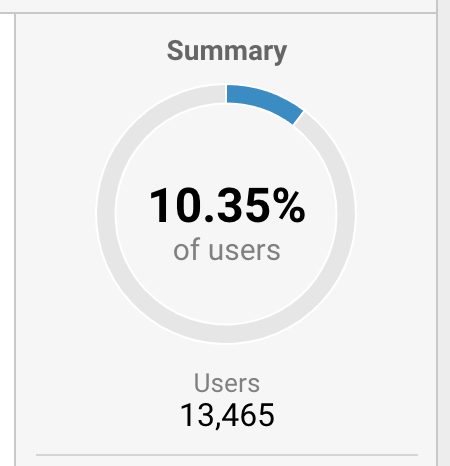 That’s it! It’s actually kind of fun to experiment with various segments to see what GA comes up with.

If you want to get more tips served to you, you’ll need to first qualify! The next threshold to hit is viewing at least 22 pages of my website in 180 days.