Hey, welcome back to my experiment! I served you a Facebook ad because you have viewed 12 or more pages of my website during the past 180 days.

The ultimate goal of this experiment is to reach as many people as I can within each audience. Ideally, I’d like to show everyone who qualifies each lesson. In other words, I want 100% audience saturation.

However, there are some things to consider related to audience saturation.

First, Facebook provides ranges for custom audience sizes, so they are inexact. 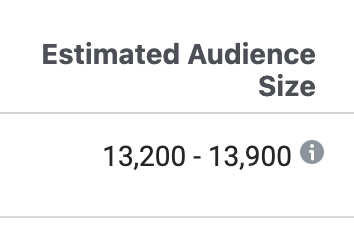 Second, the audience size is from a snapshot in time. The 2+ views over 30 days is a prime example. Let’s say that on October 22 when this experiment began, there were about 5,700 people in that audience who qualified. I would reach some of those people every day. But, there are undoubtedly many people taking their place on a daily basis, too. The number may still reflect 5,700 people three weeks later, but there may have been 8,000 DIFFERENT people total who were in that audience during that time.

Finally, once we get under 1,000 people, Facebook won’t even provide a range anymore. It will be a guess. 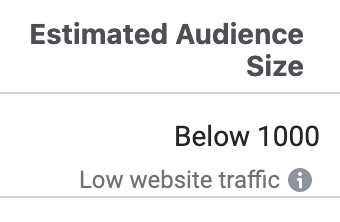 I’ve also created segments in Google Analytics that reflect these same types of audiences, and those numbers come up a little under what Facebook projects.

I created a spreadsheet to help me understand how close I’m getting to full audience saturation. Again, it won’t be 100%! Even if I technically reached everyone, new people will be added every day.

I take a percentage of the total people reached in each ad set over the minimum number of people Facebook says are in that audience to find an estimated Audience Saturation. 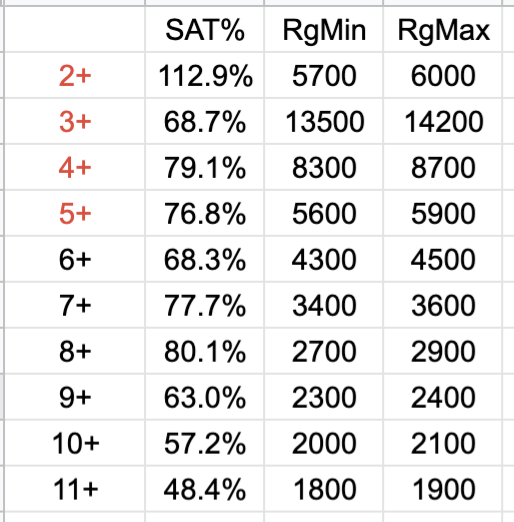 I’m actually over 100% for 2+, but you’ll also recall that this is over the most recent 30 days (not 180 days, like the other audiences). The threshold for joining this audience and the level of change and volatility are high here. So, while it’s over 100%, I think it’s safe to assume there are way more than a static 5700 people in that audience during the life of this campaign (as explained earlier).

I also gave up on the 3+ ad set because I had reached more than 9,000 people, which is plenty. It’s going to be hard to reach 100% without spending a bunch of money.

I’ve turned off everything that’s been running for at least 14 days. Going forward, many of the remaining ad sets should reach high saturation quickly since the audiences are so small — and unlikely to be as volatile.

In the past, we’ve talked about how I created two separate ad sets for each segment. For example, when targeting people who viewed at least 4 pages of my website during the past 180 days, I created one ad set for the US, UK, Canada, and Australia, and another ad set for everyone else. As these audiences shrink, I expect to combine back to one ad set soon.

So, that’s where things are right now. I think it’s possible this experiment will be wrapping up within a couple of weeks, if not sooner. Thanks for coming along for the ride!

If you want to get more tips served to you, you’ll need to first qualify! The next threshold to hit is viewing at least 13 pages of my website in 180 days.