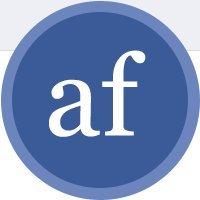 Many thanks to AllFacebook.com for again allowing me to write a guest post for them. Today’s topic is The Most Insincere Behaviors on Facebook.

My original piece actually contained some other items that weren’t Facebook specific, and they were understandably edited out. You can read the AllFacebook version here, and the full list of insincere business uses of social media (with the uncut items) is below.

I had fun writing this one. What would you add?

And now the other items…

The other day, I received a direct message on Twitter from an influential person whom I respect that reads as follows:

Thanks for following me, I look forward to following your tweets

At first I thought, Hey, that’s nice. This well-connected person really cares about what I have to say! Then I looked… They follow 100,000 people.

I understand that some people feel the need to automate their direct messages. You get followed by a ton of people and you don’t have time to respond to them all.

But don’t automate a completely insincere message. If you follow 100,000 people, you couldn’t care less about what I have to say.

The sad thing is that it’s entirely possible that such a person does occasionally send a sincere direct message. And maybe this person actually did take the time to do this. But since they follow 100,000 people, it’s very easy to assume that it’s automated.

Insincerity sucks. Automated insincerity disguised as sincerity is even worse.

This is another one I’ve seen from influential people on social media. They supplement their content with multiple motivational quotes throughout the day.

Maybe they actually connect with these quotes. But my guess is that they know that they can get some shares, likes, comments and retweets with minimal effort by taking this route.

This is a cheap way to keep your account “active” while tapping into the emotion of your followers. And in most cases, the person posting these quotes has no connectionWithin your ad set, you can further narrow targeting by adding a connection to a page, app, or event that you control. More to the message that is being sent. It’s insincere and annoying.

This is a sore spot since I understand many influential people (including friends of mine) disagree. But to me, one of the most insincere things you can do on social media is follow everyone.

I’ve heard it said before that to grow your audience on Twitter you need to follow more people.

It’s not that I don’t care what others have to say. I still follow more than I can keep up with. But this following thousands and thousands of people business is downright ridiculous.

Why? Because you’re doing it for insincere reasons. You’re not following them because you care about what they have to say (in most cases). You’re following them to either get them to follow back or retain them as followers (since people are less likely to unfollow you on Twitter if you follow them).

If you auto-follow the bots and have a service that actively searches out people to follow while unfollowing the people who don’t follow you back, you’re probably building up a big audience. And you may even end up with a larger, more engaged audience than I will.

But it’s a lame way to do it. Grow your audience because people think you are awesome, not because they think that you think that they are awesome.

So stop. Please stop following everyone.