There is nothing more frustrating as an advertiser than a Facebook ad you desperately want to run that is stuck in review. I’ve been there.

A couple of months ago, I decided that I wanted to run a special Facebook ad campaign to promote my upcoming training. The day I created the campaign was Thursday, and the training would occur that following Tuesday. Just enough time to get an extra four or five days of promotion.

I didn’t think much of the “last-minute” approach to this campaign. I rarely have any issue with getting ads approved — and approved quickly. Often, ads are approved within 30 minutes, if not sooner than that.

So, I created the campaign and just assumed it would start running quickly. That night, I checked to see how it was doing. 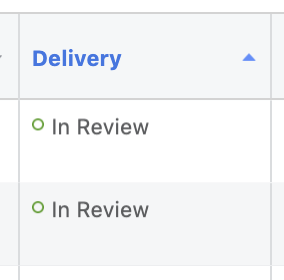 Okay, no big deal. I’m sure it will get approved during the night and start running while I’m sleeping. I wake up, check the status, and…

Well, that’s annoying. But I wasn’t prepared for how annoying this was going to get.

All of Friday passed. All of Saturday. I’m freaking out in the middle of Sunday as it’s been about 72 hours, and a campaign meant to promote a training course that starts in two days still isn’t running. What a wasted opportunity.

Of course, the initial blame goes on me. I should have created that campaign sooner. Even if the plan was still for a 5-day run, creating it and getting the approval sooner would have been smart.

But, let’s be honest. That’s not who I am. I create a lot of campaigns at the point of inspiration. They aren’t planned out days in advance prior to running. That may be a flaw, but it’s my flaw. So, this could be a recurring issue for me.

Unable to handle another minute of this, I decided to reach out to Facebook support. You can get help either via email or, when someone’s available during designated hours, chat support. If you haven’t used Facebook chat support before, you should. And the reality is that I should have reached out to them long before I did.

You don’t always get the highest quality response with chat support, but it’s at least a live person. I’ve found better and faster responses this way than dealing with automated systems.

To chat with a Facebook rep, go to the Facebook Business Support page. Bookmark that if you need to.

Facebook first tries to answer your question with a menu related to their online Help Center. 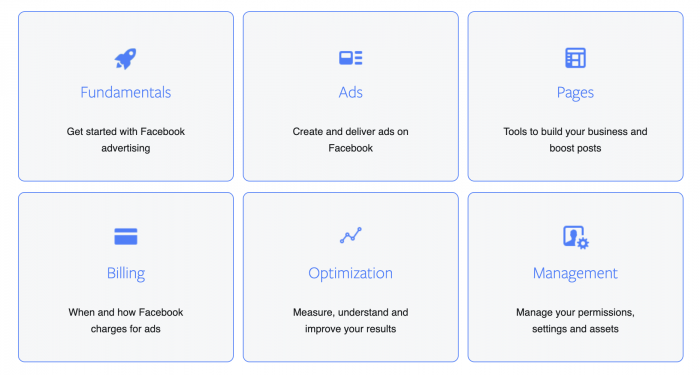 You might be able to find your answer there. Or you may be lazy and impatient like I am and want to chat with someone who will get you the answer you’re looking for. 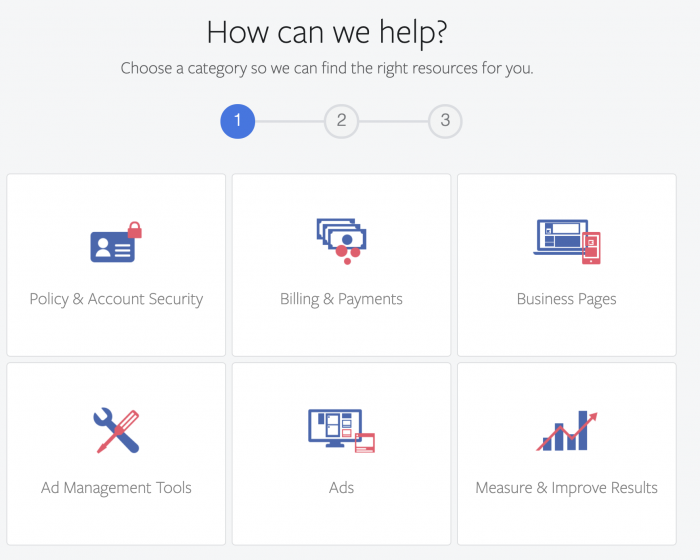 Assuming you need help with ads, click that option. Now you’ll see this… 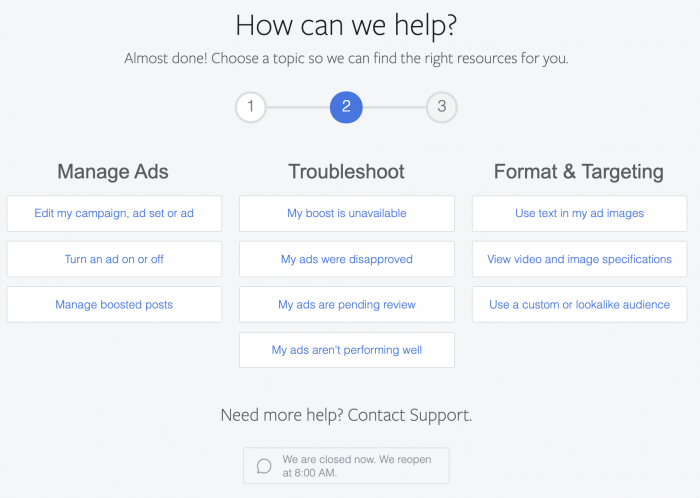 You could go through the wizard to find the answer you’re looking for. Or, if you’re lucky, there’s a support rep available and a chat option will appear at the bottom.

The chat option will only appear for you when a representative is available. This will depend upon day of the week, time of day, and potentially country and advertiser level.

Here’s the problem: A caveat is that the 24-hour clock restarts every time you make a change to the ad or ad set.

Well, I had done that. I was trying everything to get these ads reviewed. I created duplicates, made changes, you name it. As a result, I only had one ad at that moment that qualified under the 24-hour rule.

The support rep then pushed that ad through review, which was a start. And once it had been more than 24 hours for the other ads, I made the request for them as well.

Little did I know that there was another option: A Help Center form.

Yep, Facebook has a special form that you can complete when an ad has been stuck in review for more than 24 hours. It looks like this: 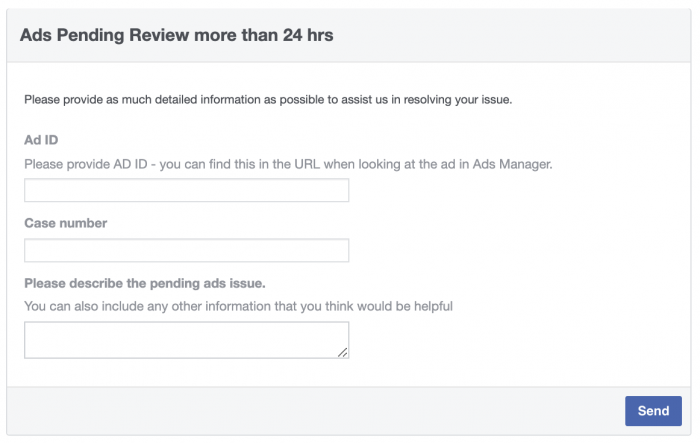 The first thing you’ll need is an Ad ID. This is different than a Post ID. An easy way to find it is to create a column within Ads Manager.

After selecting your ad, click the drop-down to Customize Columns.

Under Settings on the left, click “Object Names and IDs.” Then select “Ad ID.” 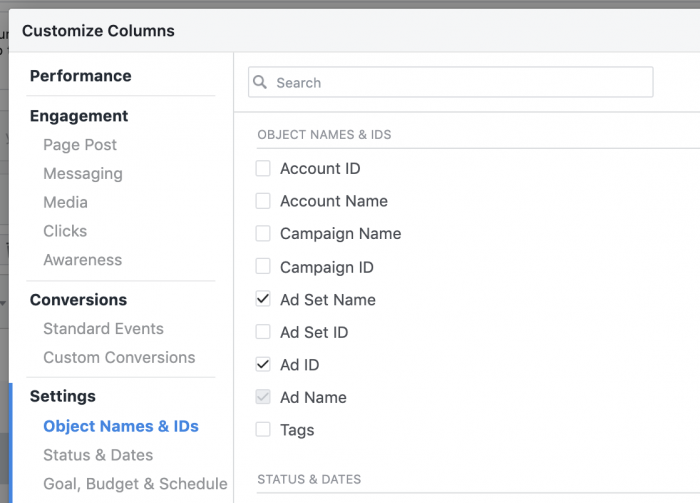 Note that you also could have searched at that top of that window for “Ad ID.”

Now you’ll have an extra column in your report that will include the Ad ID.

The second text box in the form is for “Case number.” Assuming you haven’t contacted Facebook about this before, you won’t have one. You should be able to simply enter “N/A” here.

That’s it! Facebook should (we hope) respond rather quickly to the request.

Above are two different methods to help push your ads into review if they have been pending for more than 24 hours. Remember: Do not edit the ad, or it will restart the 24-hour window!

I feel like I’ve had more issues with review times lately. Have you?