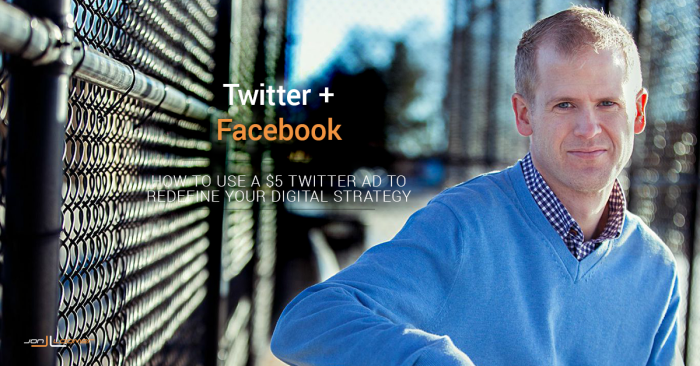 One of the best things about advertising on social media is that a small spend will get you a lot farther than on any other channel — digital or otherwise. Even $5 can buy you a number of engagements, clicks and eyeballs that you wouldn’t get anywhere else.

But on Twitter, $5 can buy you something a lot more valuable — a data mine that you can use to redefine your entire digital strategy.

When you run a Twitter ad, regardless of whom you target, Twitter will provide a list of additional audience interests shared by the people who saw and might have engaged with your ad. No other channel provides this level of information.

[Editor’s Note: If you haven’t before, go here to set up your first Twitter ad.]

The key to setting up your $5 Twitter ad is to build an ad that is as engaging as possible, so that you will gather a wealth of useful data to mine.

The goal right now is not to raise awareness for your brand or to push product; it’s to glean highly specific demographic information about your audience that you will sift to create messaging and targeting groups who convert on social channels.

First, create a Twitter ad with simple content that you know will engage “your” audience — the folks you want to reach. In fact, the ad doesn’t need to be run from your brand account at all. If you want, you can run it from a personal or even a test account.

Just take what you know about the people whom you want to reach right now, write a Tweet that they won’t be able to resist and make sure to include an image. You’ll want to do this data-gathering process via a promoted Tweet campaign with Tweet engagements as the campaign objective. 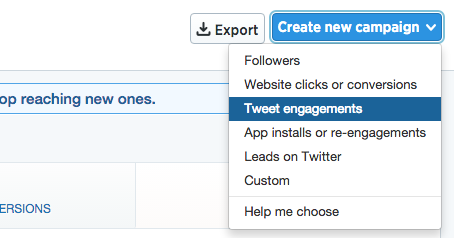 For example, we promoted this Tweet from Social Outlier’s account to Twitter users who talk about the Little League World Series when it’s on television. It doesn’t matter when the ad runs. 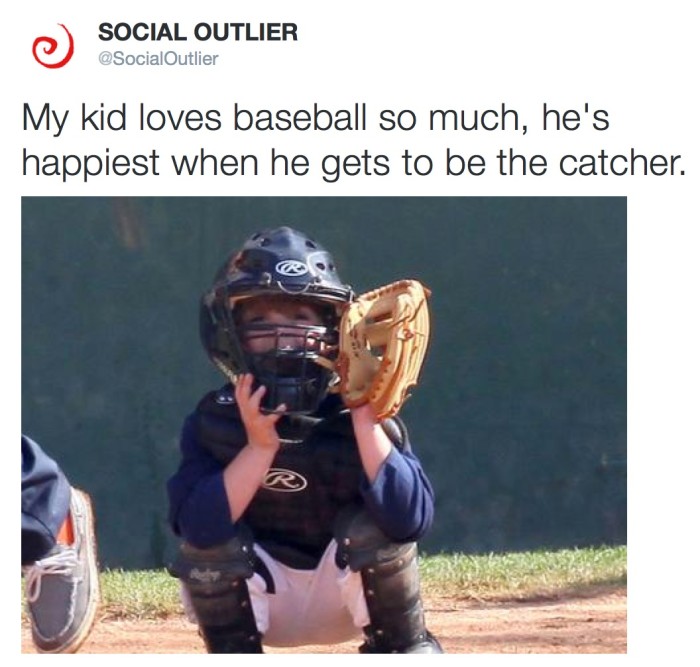 Unique to Twitter, this tactic is called “TV Targeting.” While it may not be applicable in every audience scenario, if yours fits we highly recommend using TV Targeting because it automatically has a higher engagement rate.

These aren’t just people who may have an interest in a broad topic — these are people who have actively engaged with a television show in the Twittersphere.

That’s it for the ad set up!

Second, just let the ad run out the $5 budget. We recommend letting it go for about a day or so. Then, come back for Step 2.

Remember, the actual purpose of your $5 Twitter ad was not brand awareness or Tweet engagement. Your purpose was to purchase a wealth of data. In Step 2, we analyze that data.

Once you’ve completed the run of your $5 ad spend, visit your campaign dashboard and export from the “Interests” tab.

Do this twice — once “by day” and once “by hour.” Open up the daily export and save the hourly export for later. We’ll touch on this hourly data later in Step 3.

Second, let’s make three cuts to clean up the data.

Your data should now look substantially cleaner and more manageable than the original export.

Third, we’re going to add three columns to the spreadsheet, so we can analyze optimal performance by audience interest.

The first additional column is Engagement Rate/CPE (Cost Per Engagement). This column will give you a ranked list of the most cost-effective interest groups to target.

The other two additional columns both involve Media Views. Remember how we said to include an image in your promoted Tweet? Now, you’ll see why.

While an engagement, as defined by Twitter, can be something as basic as a click, a Media View is only counted when someone stops and spends a specified amount of time looking at your image. These folks actually stopped on their feed to interact with your Tweet — not just clicked and moved on.

Analyze: Use Logic and Math to Determine Your Best Audience Interests

Not all interests are created equal. Remember, what we’re looking for are super-specific, oddball interests that help you get to the heart of your audience, the folks who really care — and act.

So, a broad interest like “Mobile phone usage” may appear at the top of your list, but that doesn’t mean it’s going to help you. Something like “American cuisine” is going to give you a much more defined — and therefore cheaper — audience to target.

Also, the more unusual the interest, the less marketers are probably trying to target it, meaning that reaching these folk will cost you less in an ad spend and give you more bang for your buck. They will respond to fellow like-minded folk with loyalty and mutual support — they will act.

Make sure to pay attention to interest categories as well as to interests alone. For example, “Technology” may look like a broad interest, but when you see the category is “Business,” you can presume that these people either work or would like to work in the technology field; suddenly, the interest becomes a lot more specific.

Finally, sort your spreadsheet by the three columns you added, one at a time, and look through the top interests for ones meeting your criteria — somewhat unique and score relatively high across all of your columns.

The beauty of this method is that you can implement this $5 data mine several ways, including Twitter advertising and content creation. But for the purpose of this explanation, we’re going to focus on how we can use your treasure trove to optimize Facebook advertising.

What Twitter gave you was a list, but what we’re going to do in Facebook is to convert that list into a “Saved Audience” that combines interest and behavior targeting so that you get a highly specific and qualified audience that won’t cost you an arm and a leg to reach via ads.

Before you import interests into your Facebook Saved Audience, check the other demographic information from your Twitter advertising dashboard. This info will tell you gender, location and devices that are characteristic of your audience. Based on your overall campaign objectives and the data from Twitter, you can determine whether or not to further segment your audience by gender, city and mobile device.

But when combined, Facebook will ensure your audience meets at least one of your listed interests or behaviors, as well as all of your demographic targeting. You have sifted out pure golden data — the most effective way to refine an audience.

We created this Facebook Saved Audience based on the interests from our Twitter ad. You can see how we input the interest “College students” under the “Life stages” category as a demographic indicator on Facebook. Now, we know this ad will only target people who are currently in college. 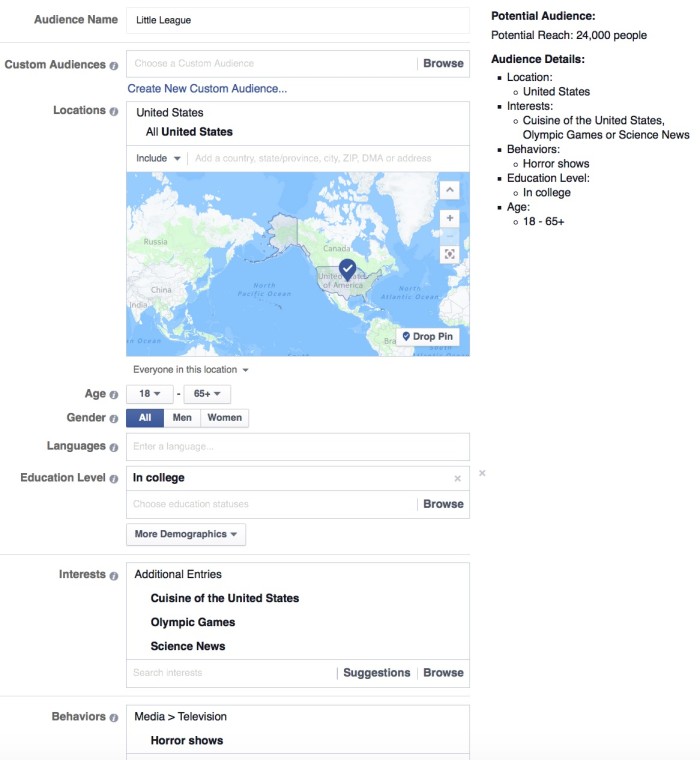 We entered “Horror shows” as a behavioral indicator. Then, we chose three interests to input into interest targeting — “American Cuisine” (Cuisine of the United States), “Olympics” and “Science News.”

“Why ‘Horror shows’?” I hear you ask. “Horror” is exactly the kind of odd, unexpected finding we are looking for. We are searching for that quirky “Who knew?” revelation. A lot of the people who are tweeting about the Little League World Series also are interested in “Horror shows.”

We have discovered that this group of people likes a small niche that costs a lot less to target ads. Buying “Little League World Series” will cost you big bucks rather than the pennies you’ll pay for “Horror.” While you will not get all of the market that “Little League World Series” gets you, you will get enough of that more expensive market to make the strategy worthwhile without your having to pay those top-dollar prices.

This filtering resulted in an audience of 24,000. A good rule of thumb is to keep your audience under 25,000 — anything beyond that will be too broad. If you have some budget to play with, try separating out each interest into a separate audience and test, test, test.

Step 3: Determine the Best Time to Reach Your Audience

Remember how we had you export the hourly CSV and tuck it away for later? For Step 3, pull it out to find the best times to reach your audience. 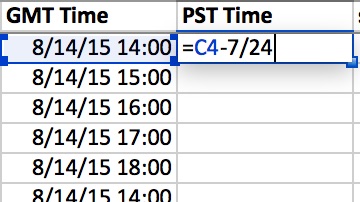 Second, clean up your data once again by deleting all the rows with 0 impressions or $0 spend.

At last, you can see the hours of the day when your hyper-targeted audience is most likely to see and interact with your content.

For your Facebook ad, leverage this timing information by running your ads on a schedule, corresponding to these peak times, rather than running the ads all the time. 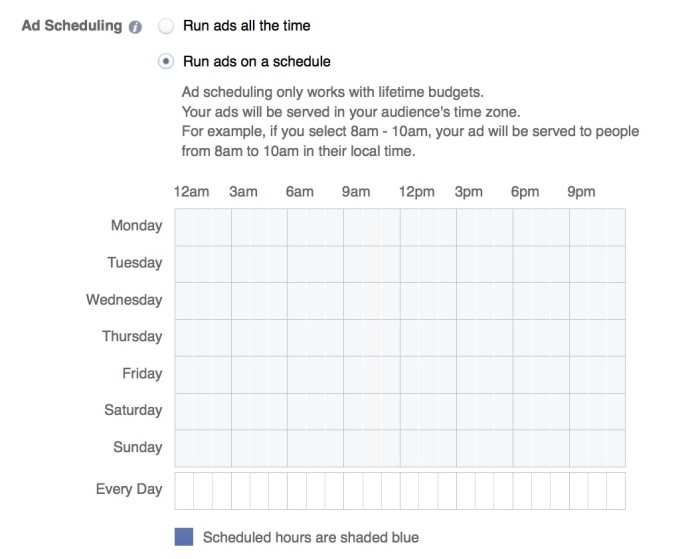 Of course, this timing information is useful far beyond Facebook advertising. You can also use it for Twitter ads and to set your posting schedule.

Exactly what you get out of your $5 Twitter ad will vary depending on your target audience and your ultimate brand goals. But this method can really be applied across the board. We each have an audience we want to reach and every audience is rich with data waiting to be uncovered.

Testing the assets you create with data from your $5 Twitter ad is key to long-term success. The more you optimize over time, the stronger your ads will be. Eventually, you’ll see more conversions for lower and lower ad spends.

How can you apply this method> to your brand strategy? Tell us in the comments below!