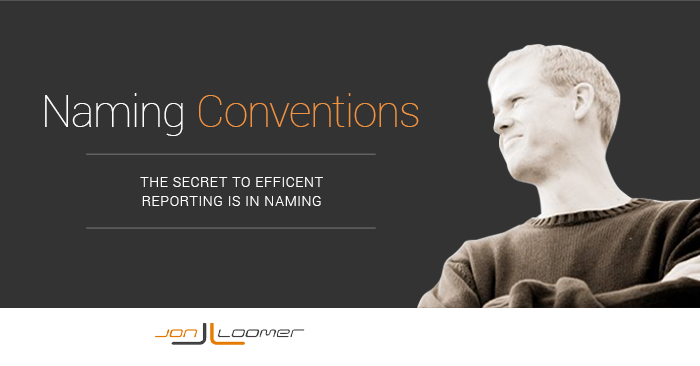 But if the right information exists within the name of your campaigns, ad sets and ads, Facebook custom ad reports become infinitely more valuable. The purpose of this post is to help you understand the qualifiers that need to exist within your naming convention so that you can become a more efficient advertiser.

[NOTE: If you want to learn more about how you can master Facebook ad reports, sign up for the 2015 FB Mastery Workshops!]

To limit what you see in this report, you’ll need to do some filtering. That’s done by clicking on the “Add Filter” button…

You can then add filters for things like the name of the client, name of the website and objective. Here are a few examples of filters…

[For more information on utilizing Facebook ad reports, take a look at this checklist.]

Of course, these things won’t work unless you’re using a proper naming convention. An example of a poor naming convention — and one in a long list of reasons why you shouldn’t boost a post — is found in your boosted posts.

Here’s an example of a campaign name, ad set name and ad name of a boosted post:

I don’t know nearly enough about this campaign. Of course, since it’s boosted I also know the options are limited. But this is a prime example of the headaches you can cause yourself without an effective naming convention.

Here’s a real life example of a name of a campaign that is pushing users to the landing page for my Power Editor ebook with the end goal of a conversion:

In this case, the name of my campaign is very simple. If I was running multiple campaigns for this ebook, it may be necessary to include the “Other Variations” qualifier as well to isolate the difference between this campaign and the others.

Quite a bit of variations can occur within an ad set, so expect the name of your ad sets to be more descriptive.

So in this case, the ad set is running from November 11-30 and will be targeting fans only within the News Feed.

And I chose to let Facebook optimize the pricing. But I could have also set the amount a conversion is worth to me. In that case, my final qualifier would have clarified the value of my conversion like this:

Once again, if any additional variations need to be addressed regarding your ad set, specify them within the name.

The ad name tends to be a bit more simple, particularly if you’re promoting an existing post. Here are the qualifiers to consider:

For the first one, you’d simply indicate which of the post types you’re promoting (if that’s what you’re doing). For the second and third, you’d outline the specifics to help you understand the copy and imagery used — particularly if there are variations.

However, it could be much simpler than this. If you simply promoted a post — thereby eliminating the possibility of variations — your only ad name qualifier may be “Promoted Post.”

Even in that case, you may prefer to include some copy and imagery details, but it’s up to you.

What naming convention do you use for your campaigns? Anything to add?